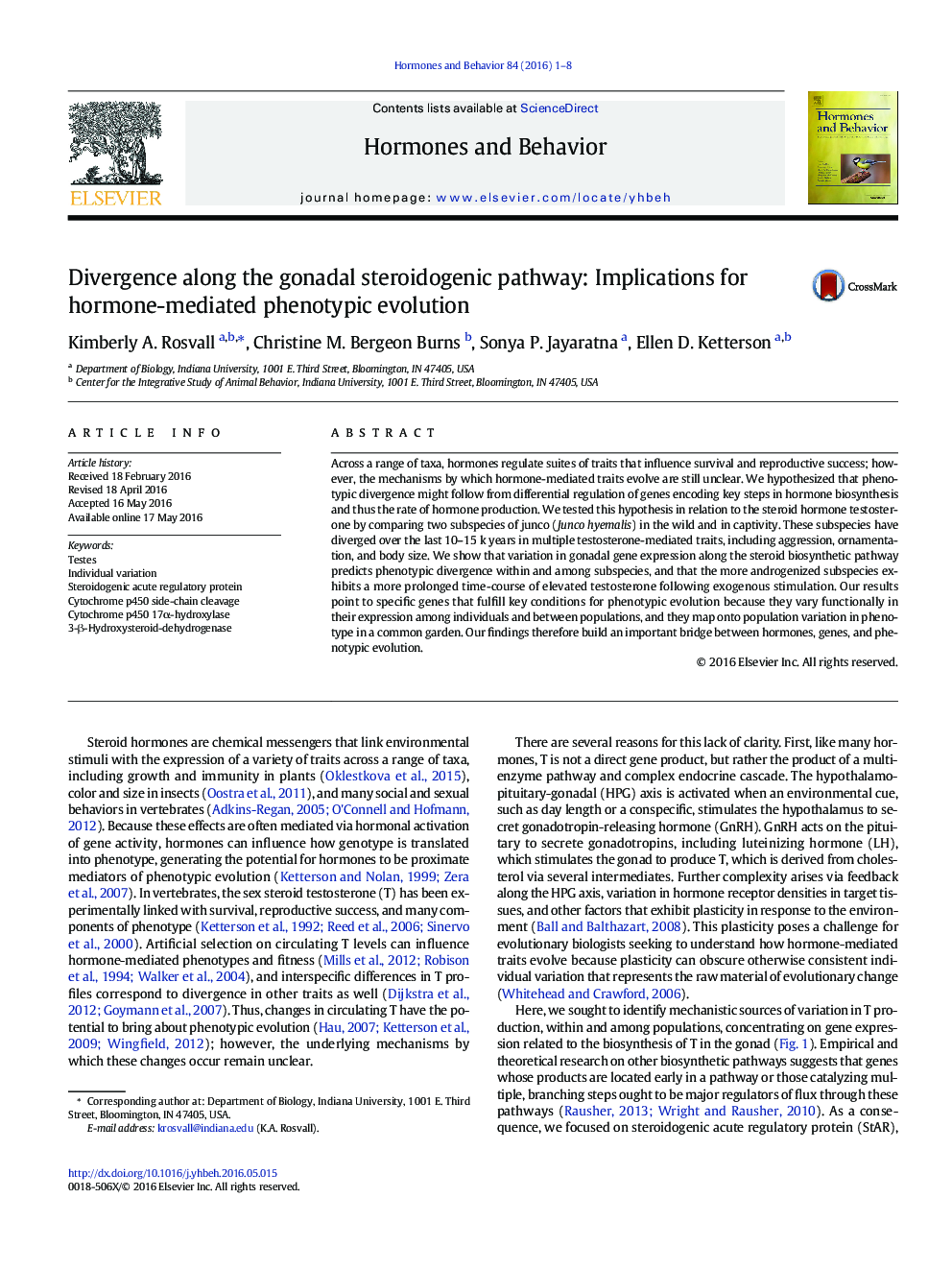 Across a range of taxa, hormones regulate suites of traits that influence survival and reproductive success; however, the mechanisms by which hormone-mediated traits evolve are still unclear. We hypothesized that phenotypic divergence might follow from differential regulation of genes encoding key steps in hormone biosynthesis and thus the rate of hormone production. We tested this hypothesis in relation to the steroid hormone testosterone by comparing two subspecies of junco (Junco hyemalis) in the wild and in captivity. These subspecies have diverged over the last 10–15 k years in multiple testosterone-mediated traits, including aggression, ornamentation, and body size. We show that variation in gonadal gene expression along the steroid biosynthetic pathway predicts phenotypic divergence within and among subspecies, and that the more androgenized subspecies exhibits a more prolonged time-course of elevated testosterone following exogenous stimulation. Our results point to specific genes that fulfill key conditions for phenotypic evolution because they vary functionally in their expression among individuals and between populations, and they map onto population variation in phenotype in a common garden. Our findings therefore build an important bridge between hormones, genes, and phenotypic evolution.