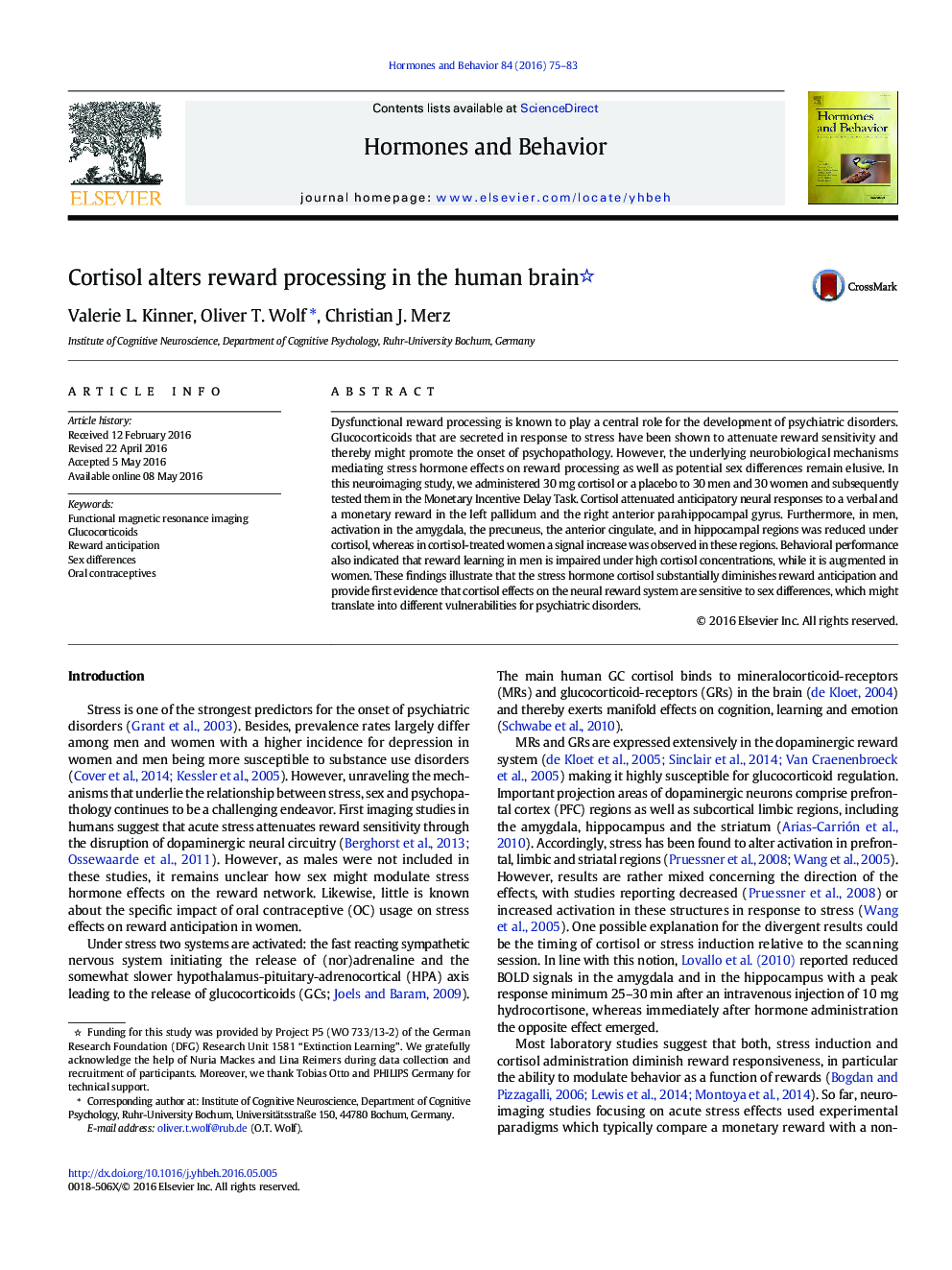 • Stress has been linked to altered reward processing.
• Cortisol diminishes neural anticipation to a verbal and monetary reward.
• Cortisol effects on the neural reward system are sensitive to sex differences.
• Cortisol is critically involved in the regulation of motivating behavior.

Dysfunctional reward processing is known to play a central role for the development of psychiatric disorders. Glucocorticoids that are secreted in response to stress have been shown to attenuate reward sensitivity and thereby might promote the onset of psychopathology. However, the underlying neurobiological mechanisms mediating stress hormone effects on reward processing as well as potential sex differences remain elusive. In this neuroimaging study, we administered 30 mg cortisol or a placebo to 30 men and 30 women and subsequently tested them in the Monetary Incentive Delay Task. Cortisol attenuated anticipatory neural responses to a verbal and a monetary reward in the left pallidum and the right anterior parahippocampal gyrus. Furthermore, in men, activation in the amygdala, the precuneus, the anterior cingulate, and in hippocampal regions was reduced under cortisol, whereas in cortisol-treated women a signal increase was observed in these regions. Behavioral performance also indicated that reward learning in men is impaired under high cortisol concentrations, while it is augmented in women. These findings illustrate that the stress hormone cortisol substantially diminishes reward anticipation and provide first evidence that cortisol effects on the neural reward system are sensitive to sex differences, which might translate into different vulnerabilities for psychiatric disorders.