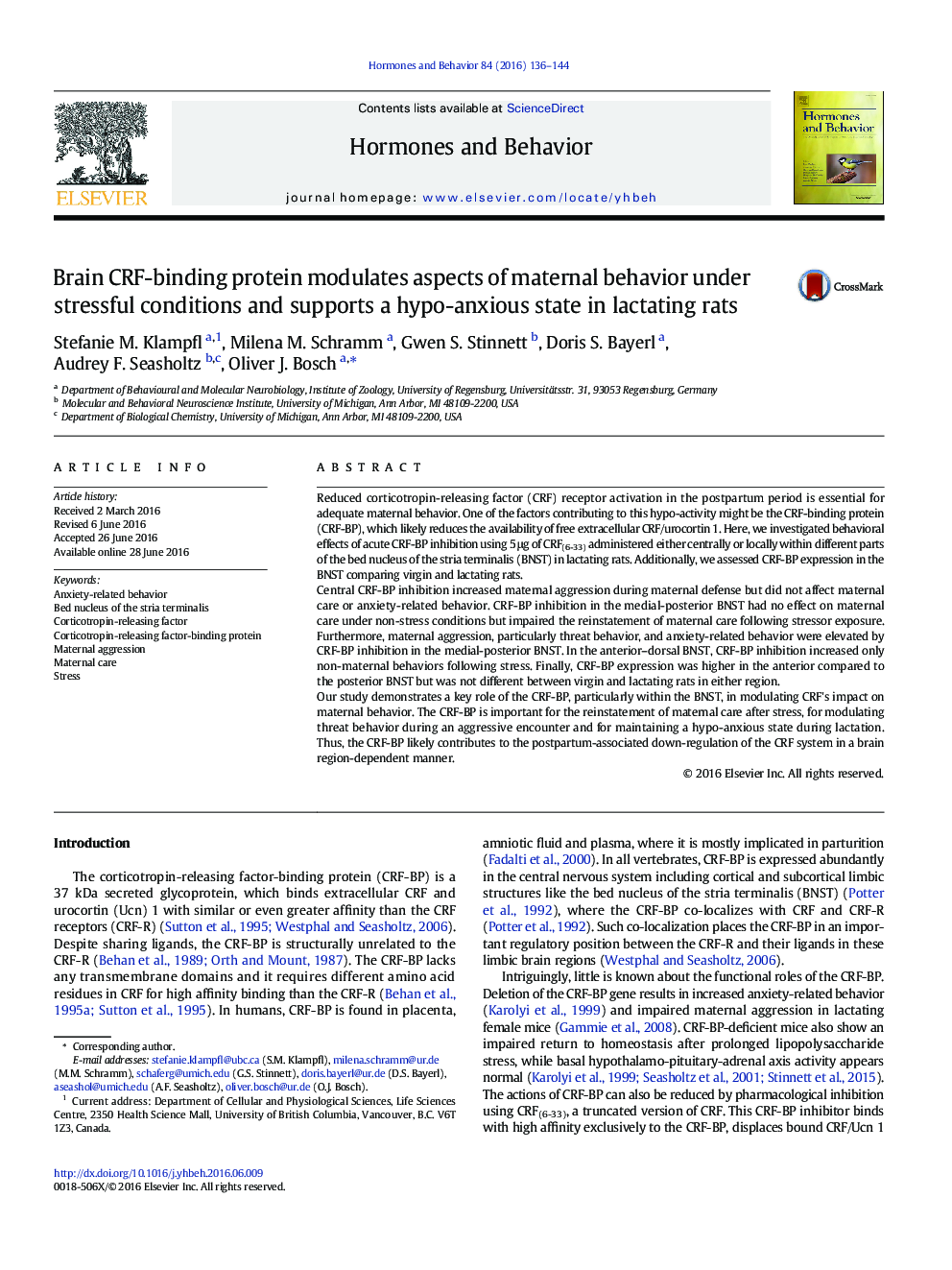 Reduced corticotropin-releasing factor (CRF) receptor activation in the postpartum period is essential for adequate maternal behavior. One of the factors contributing to this hypo-activity might be the CRF-binding protein (CRF-BP), which likely reduces the availability of free extracellular CRF/urocortin 1. Here, we investigated behavioral effects of acute CRF-BP inhibition using 5 μg of CRF(6-33) administered either centrally or locally within different parts of the bed nucleus of the stria terminalis (BNST) in lactating rats. Additionally, we assessed CRF-BP expression in the BNST comparing virgin and lactating rats.Central CRF-BP inhibition increased maternal aggression during maternal defense but did not affect maternal care or anxiety-related behavior. CRF-BP inhibition in the medial-posterior BNST had no effect on maternal care under non-stress conditions but impaired the reinstatement of maternal care following stressor exposure. Furthermore, maternal aggression, particularly threat behavior, and anxiety-related behavior were elevated by CRF-BP inhibition in the medial-posterior BNST. In the anterior–dorsal BNST, CRF-BP inhibition increased only non-maternal behaviors following stress. Finally, CRF-BP expression was higher in the anterior compared to the posterior BNST but was not different between virgin and lactating rats in either region.Our study demonstrates a key role of the CRF-BP, particularly within the BNST, in modulating CRF's impact on maternal behavior. The CRF-BP is important for the reinstatement of maternal care after stress, for modulating threat behavior during an aggressive encounter and for maintaining a hypo-anxious state during lactation. Thus, the CRF-BP likely contributes to the postpartum-associated down-regulation of the CRF system in a brain region-dependent manner.