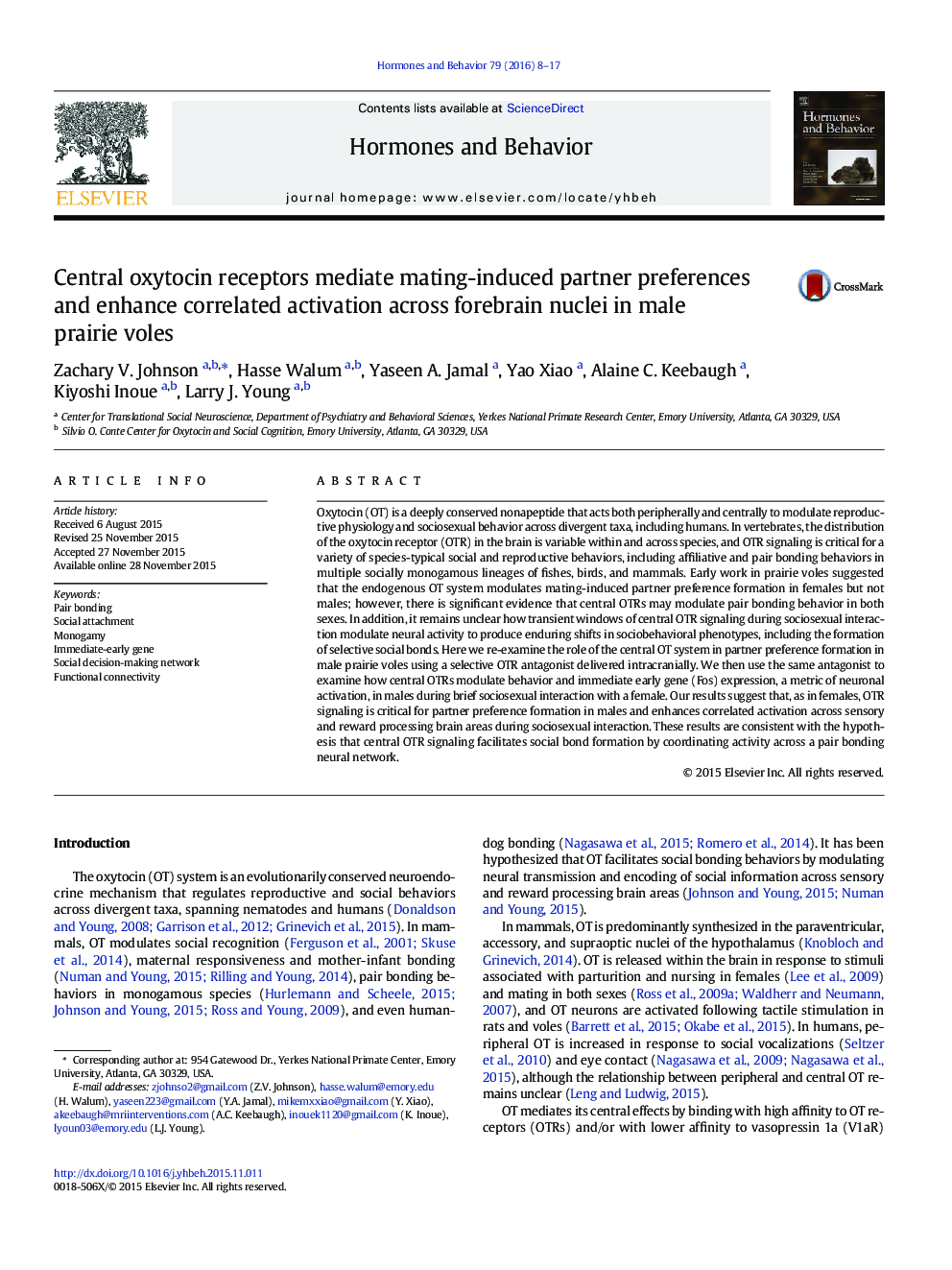 Oxytocin (OT) is a deeply conserved nonapeptide that acts both peripherally and centrally to modulate reproductive physiology and sociosexual behavior across divergent taxa, including humans. In vertebrates, the distribution of the oxytocin receptor (OTR) in the brain is variable within and across species, and OTR signaling is critical for a variety of species-typical social and reproductive behaviors, including affiliative and pair bonding behaviors in multiple socially monogamous lineages of fishes, birds, and mammals. Early work in prairie voles suggested that the endogenous OT system modulates mating-induced partner preference formation in females but not males; however, there is significant evidence that central OTRs may modulate pair bonding behavior in both sexes. In addition, it remains unclear how transient windows of central OTR signaling during sociosexual interaction modulate neural activity to produce enduring shifts in sociobehavioral phenotypes, including the formation of selective social bonds. Here we re-examine the role of the central OT system in partner preference formation in male prairie voles using a selective OTR antagonist delivered intracranially. We then use the same antagonist to examine how central OTRs modulate behavior and immediate early gene (Fos) expression, a metric of neuronal activation, in males during brief sociosexual interaction with a female. Our results suggest that, as in females, OTR signaling is critical for partner preference formation in males and enhances correlated activation across sensory and reward processing brain areas during sociosexual interaction. These results are consistent with the hypothesis that central OTR signaling facilitates social bond formation by coordinating activity across a pair bonding neural network.