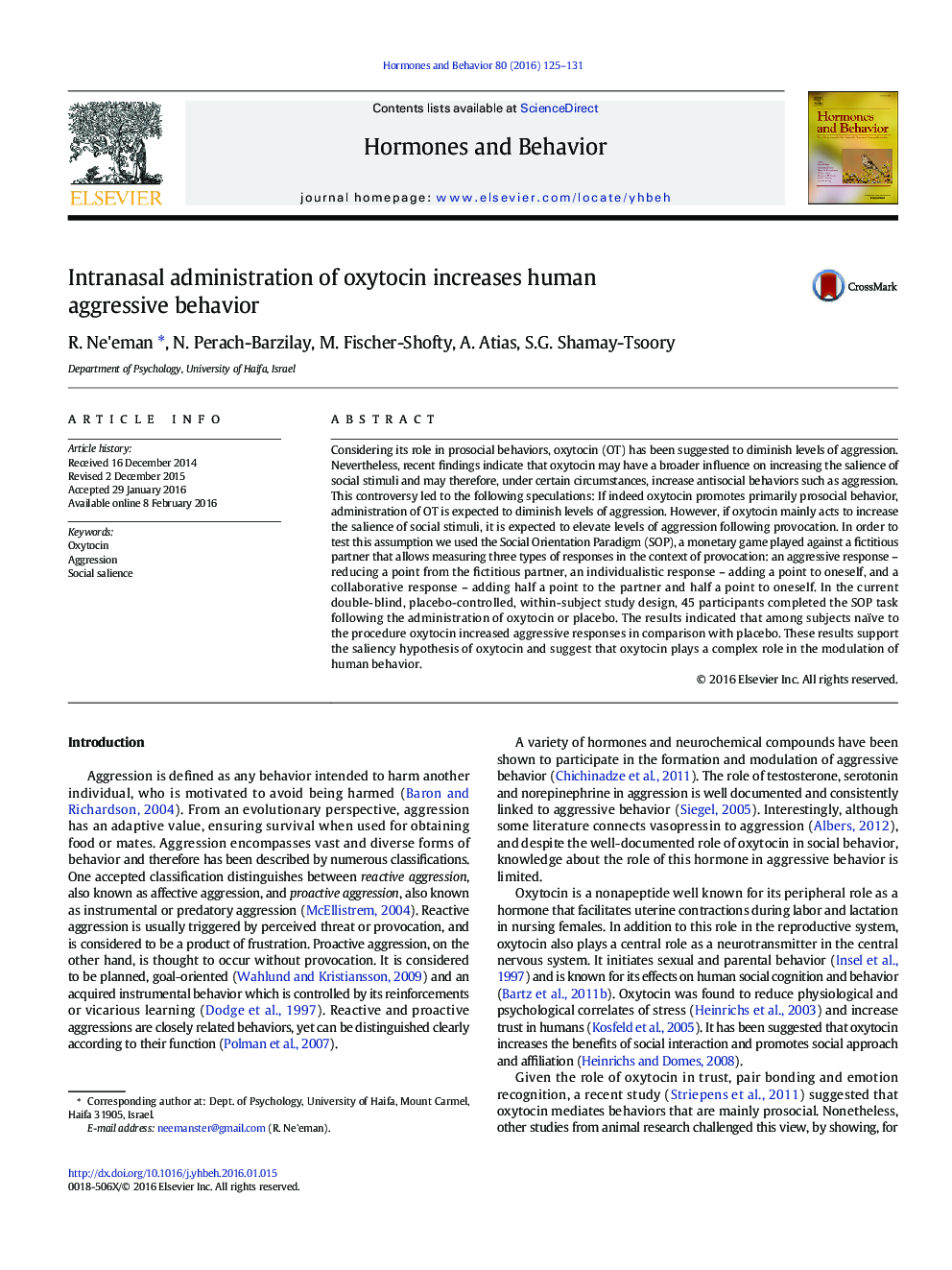 • We sought to examine if OT increases the salience of social agents.
• To do so, we measured the effect of OT on aggressive behavior.
• We show that among subjects naïve to the procedure OT increases aggressive responses after provocation.
• OT does not increase proactive or reactive aggression when tested separately.
• Via increasing the salience of social agents, OT may increase aggressive behavior.

Considering its role in prosocial behaviors, oxytocin (OT) has been suggested to diminish levels of aggression. Nevertheless, recent findings indicate that oxytocin may have a broader influence on increasing the salience of social stimuli and may therefore, under certain circumstances, increase antisocial behaviors such as aggression. This controversy led to the following speculations: If indeed oxytocin promotes primarily prosocial behavior, administration of OT is expected to diminish levels of aggression. However, if oxytocin mainly acts to increase the salience of social stimuli, it is expected to elevate levels of aggression following provocation. In order to test this assumption we used the Social Orientation Paradigm (SOP), a monetary game played against a fictitious partner that allows measuring three types of responses in the context of provocation: an aggressive response – reducing a point from the fictitious partner, an individualistic response – adding a point to oneself, and a collaborative response – adding half a point to the partner and half a point to oneself. In the current double-blind, placebo-controlled, within-subject study design, 45 participants completed the SOP task following the administration of oxytocin or placebo. The results indicated that among subjects naïve to the procedure oxytocin increased aggressive responses in comparison with placebo. These results support the saliency hypothesis of oxytocin and suggest that oxytocin plays a complex role in the modulation of human behavior.