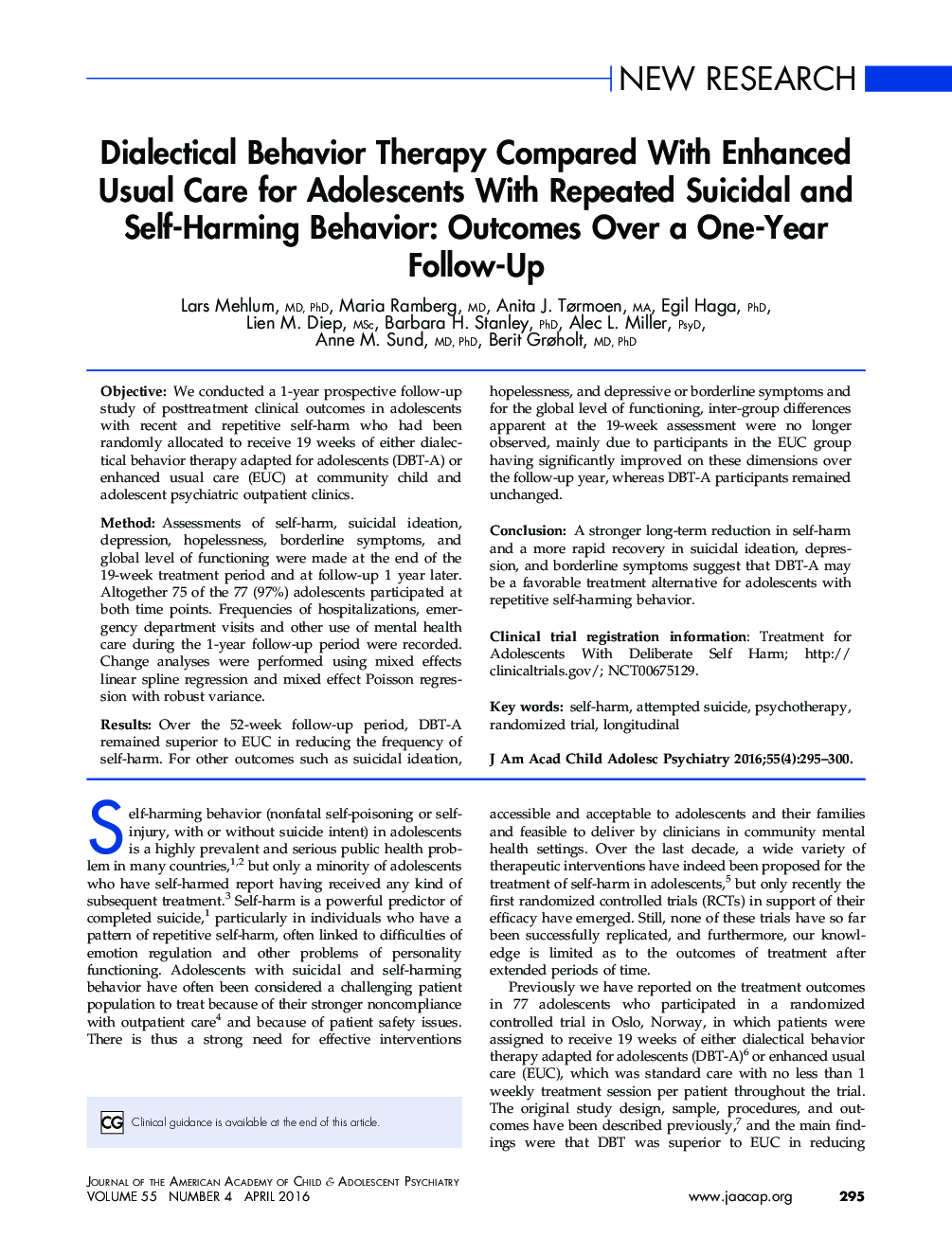 ObjectiveWe conducted a 1-year prospective follow-up study of posttreatment clinical outcomes in adolescents with recent and repetitive self-harm who had been randomly allocated to receive 19 weeks of either dialectical behavior therapy adapted for adolescents (DBT-A) or enhanced usual care (EUC) at community child and adolescent psychiatric outpatient clinics.MethodAssessments of self-harm, suicidal ideation, depression, hopelessness, borderline symptoms, and global level of functioning were made at the end of the 19-week treatment period and at follow-up 1 year later. Altogether 75 of the 77 (97%) adolescents participated at both time points. Frequencies of hospitalizations, emergency department visits and other use of mental health care during the 1-year follow-up period were recorded. Change analyses were performed using mixed effects linear spline regression and mixed effect Poisson regression with robust variance.ResultsOver the 52-week follow-up period, DBT-A remained superior to EUC in reducing the frequency of self-harm. For other outcomes such as suicidal ideation, hopelessness, and depressive or borderline symptoms and for the global level of functioning, inter-group differences apparent at the 19-week assessment were no longer observed, mainly due to participants in the EUC group having significantly improved on these dimensions over the follow-up year, whereas DBT-A participants remained unchanged.ConclusionA stronger long-term reduction in self-harm and a more rapid recovery in suicidal ideation, depression, and borderline symptoms suggest that DBT-A may be a favorable treatment alternative for adolescents with repetitive self-harming behavior.Clinical trial registration information: Treatment for Adolescents With Deliberate Self Harm; http://clinicaltrials.gov/; NCT00675129.