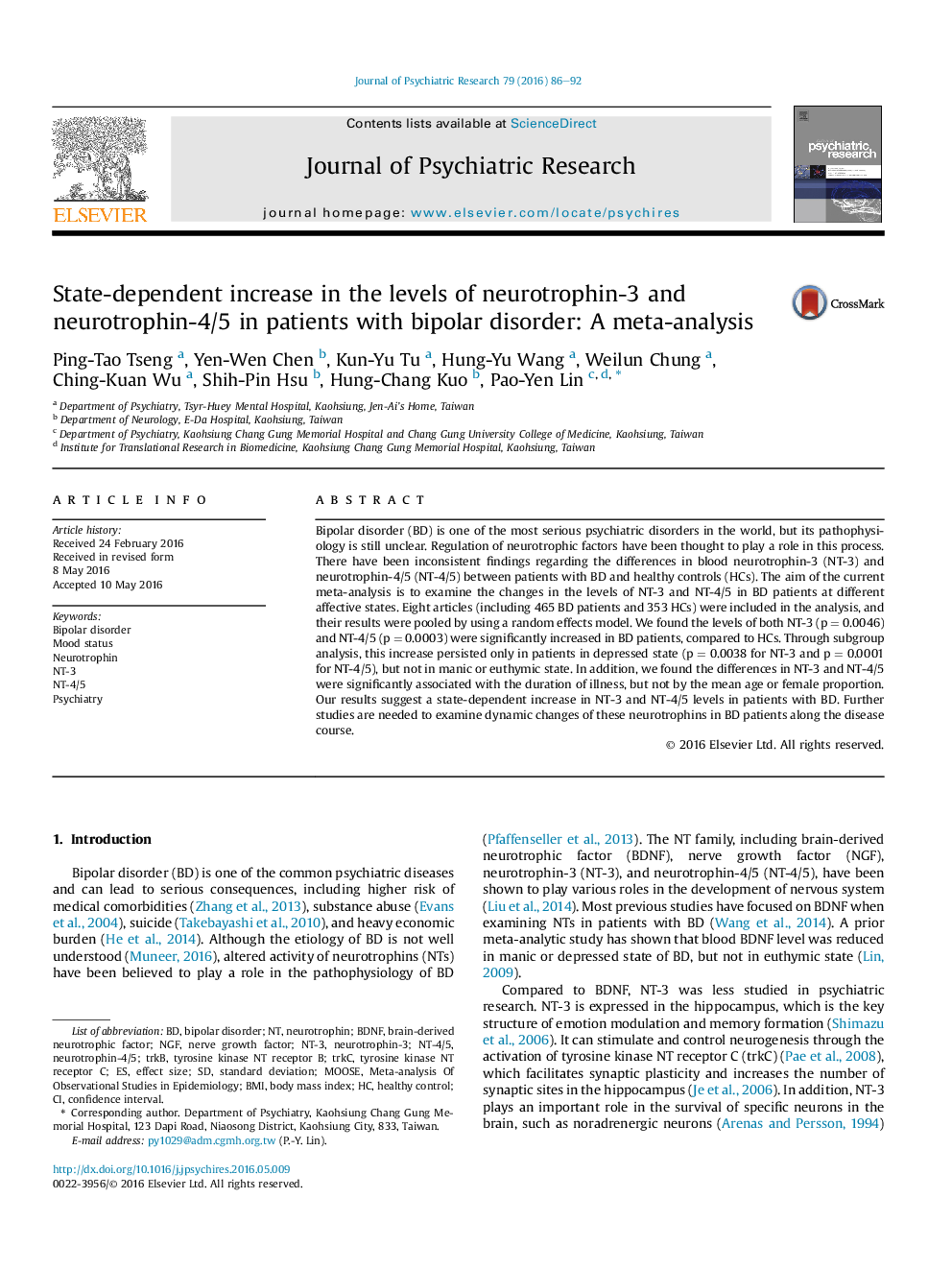 Bipolar disorder (BD) is one of the most serious psychiatric disorders in the world, but its pathophysiology is still unclear. Regulation of neurotrophic factors have been thought to play a role in this process. There have been inconsistent findings regarding the differences in blood neurotrophin-3 (NT-3) and neurotrophin-4/5 (NT-4/5) between patients with BD and healthy controls (HCs). The aim of the current meta-analysis is to examine the changes in the levels of NT-3 and NT-4/5 in BD patients at different affective states. Eight articles (including 465 BD patients and 353 HCs) were included in the analysis, and their results were pooled by using a random effects model. We found the levels of both NT-3 (p = 0.0046) and NT-4/5 (p = 0.0003) were significantly increased in BD patients, compared to HCs. Through subgroup analysis, this increase persisted only in patients in depressed state (p = 0.0038 for NT-3 and p = 0.0001 for NT-4/5), but not in manic or euthymic state. In addition, we found the differences in NT-3 and NT-4/5 were significantly associated with the duration of illness, but not by the mean age or female proportion. Our results suggest a state-dependent increase in NT-3 and NT-4/5 levels in patients with BD. Further studies are needed to examine dynamic changes of these neurotrophins in BD patients along the disease course.