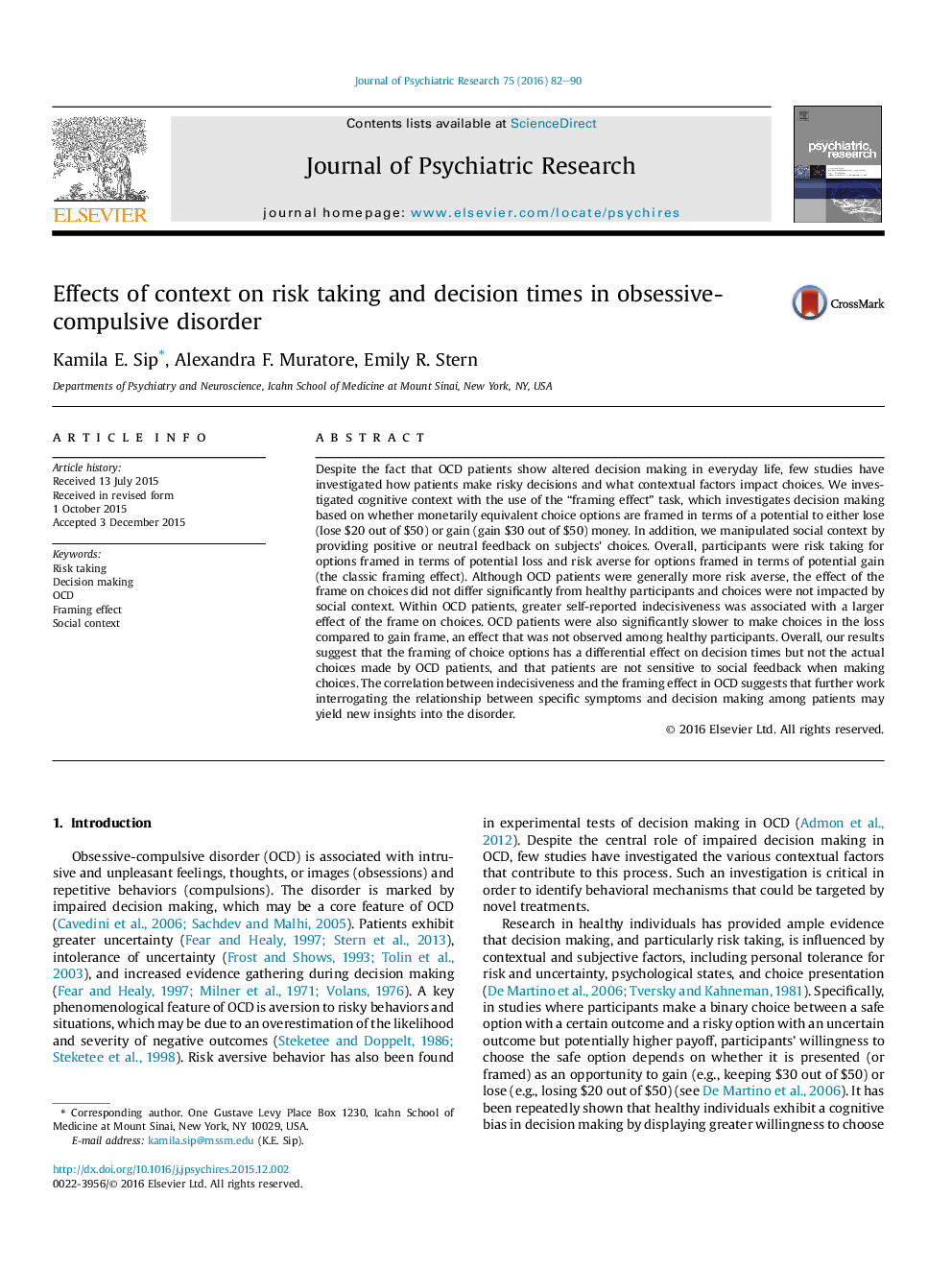 • Both OCD and HC groups exhibited the framing effect.
• OCD patients showed a trend toward greater risk aversion in gain frame compared to HC.
• OCD patients were slower to make choices in the loss compared to gain frame.
• No effects of social context on choice patterns were identified in either group.

Despite the fact that OCD patients show altered decision making in everyday life, few studies have investigated how patients make risky decisions and what contextual factors impact choices. We investigated cognitive context with the use of the “framing effect” task, which investigates decision making based on whether monetarily equivalent choice options are framed in terms of a potential to either lose (lose $20 out of $50) or gain (gain $30 out of $50) money. In addition, we manipulated social context by providing positive or neutral feedback on subjects’ choices. Overall, participants were risk taking for options framed in terms of potential loss and risk averse for options framed in terms of potential gain (the classic framing effect). Although OCD patients were generally more risk averse, the effect of the frame on choices did not differ significantly from healthy participants and choices were not impacted by social context. Within OCD patients, greater self-reported indecisiveness was associated with a larger effect of the frame on choices. OCD patients were also significantly slower to make choices in the loss compared to gain frame, an effect that was not observed among healthy participants. Overall, our results suggest that the framing of choice options has a differential effect on decision times but not the actual choices made by OCD patients, and that patients are not sensitive to social feedback when making choices. The correlation between indecisiveness and the framing effect in OCD suggests that further work interrogating the relationship between specific symptoms and decision making among patients may yield new insights into the disorder.