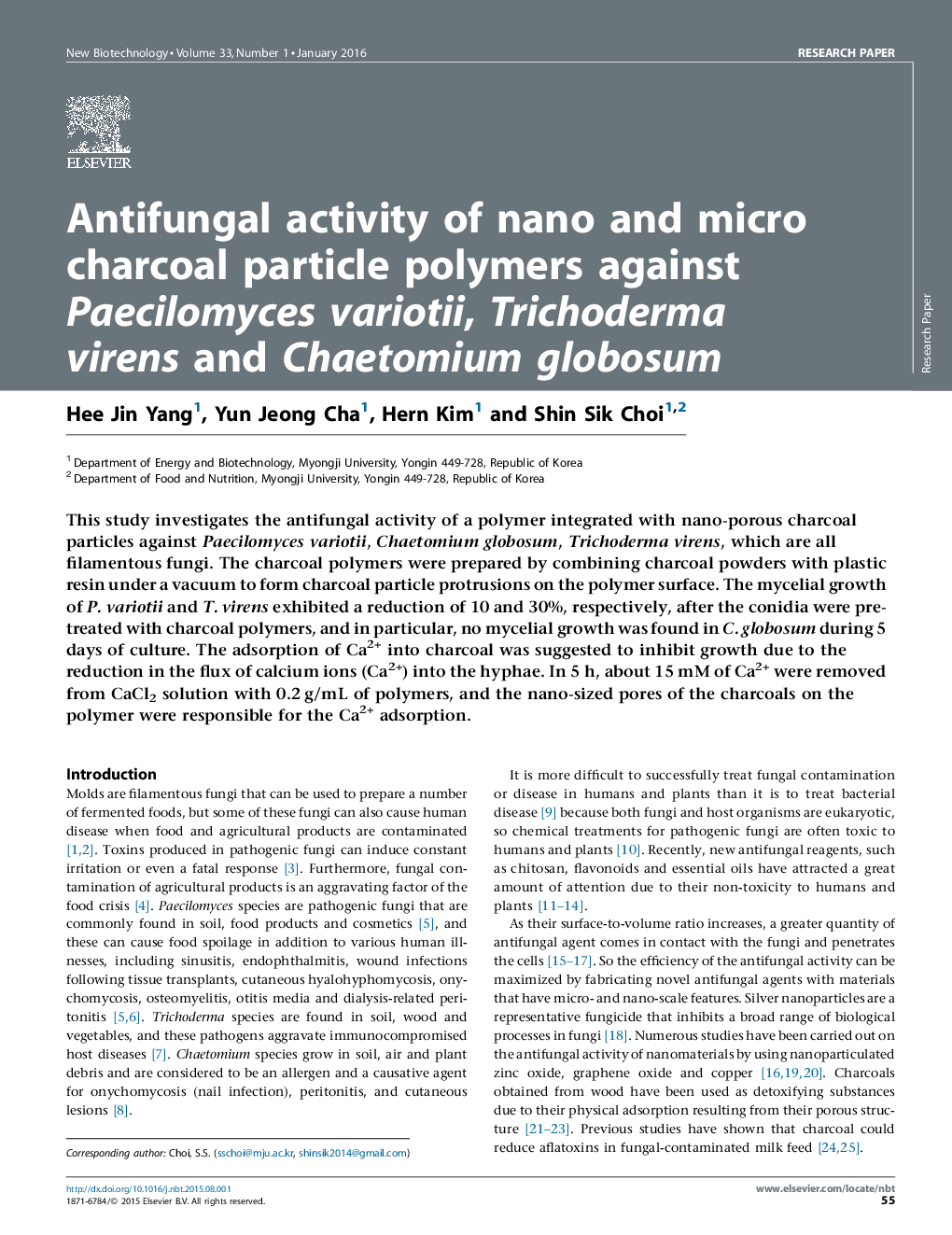 This study investigates the antifungal activity of a polymer integrated with nano-porous charcoal particles against Paecilomyces variotii, Chaetomium globosum, Trichoderma virens, which are all filamentous fungi. The charcoal polymers were prepared by combining charcoal powders with plastic resin under a vacuum to form charcoal particle protrusions on the polymer surface. The mycelial growth of P. variotii and T. virens exhibited a reduction of 10 and 30%, respectively, after the conidia were pre-treated with charcoal polymers, and in particular, no mycelial growth was found in C. globosum during 5 days of culture. The adsorption of Ca2+ into charcoal was suggested to inhibit growth due to the reduction in the flux of calcium ions (Ca2+) into the hyphae. In 5 h, about 15 mM of Ca2+ were removed from CaCl2 solution with 0.2 g/mL of polymers, and the nano-sized pores of the charcoals on the polymer were responsible for the Ca2+ adsorption.