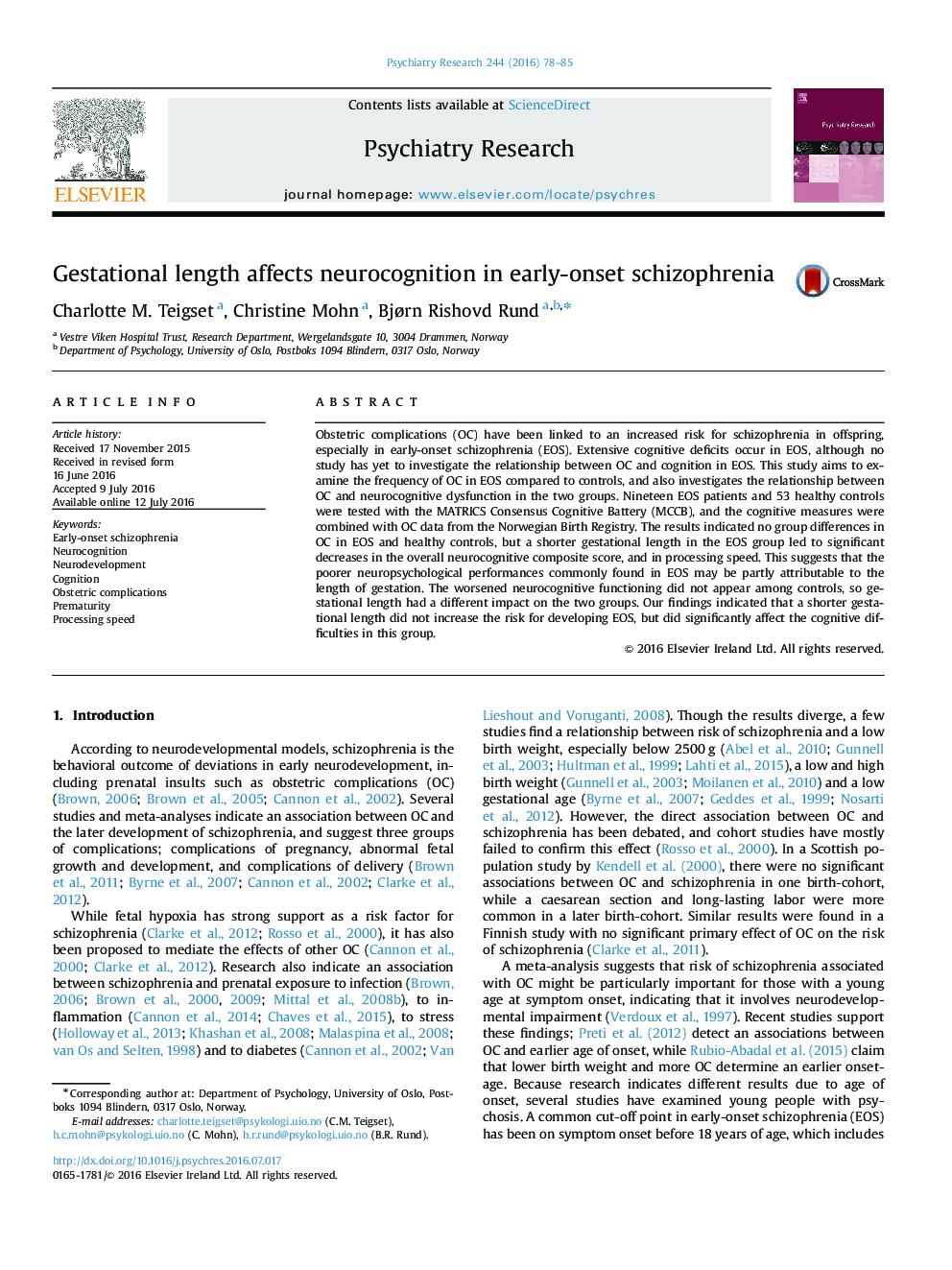 Obstetric complications (OC) have been linked to an increased risk for schizophrenia in offspring, especially in early-onset schizophrenia (EOS). Extensive cognitive deficits occur in EOS, although no study has yet to investigate the relationship between OC and cognition in EOS. This study aims to examine the frequency of OC in EOS compared to controls, and also investigates the relationship between OC and neurocognitive dysfunction in the two groups. Nineteen EOS patients and 53 healthy controls were tested with the MATRICS Consensus Cognitive Battery (MCCB), and the cognitive measures were combined with OC data from the Norwegian Birth Registry. The results indicated no group differences in OC in EOS and healthy controls, but a shorter gestational length in the EOS group led to significant decreases in the overall neurocognitive composite score, and in processing speed. This suggests that the poorer neuropsychological performances commonly found in EOS may be partly attributable to the length of gestation. The worsened neurocognitive functioning did not appear among controls, so gestational length had a different impact on the two groups. Our findings indicated that a shorter gestational length did not increase the risk for developing EOS, but did significantly affect the cognitive difficulties in this group.