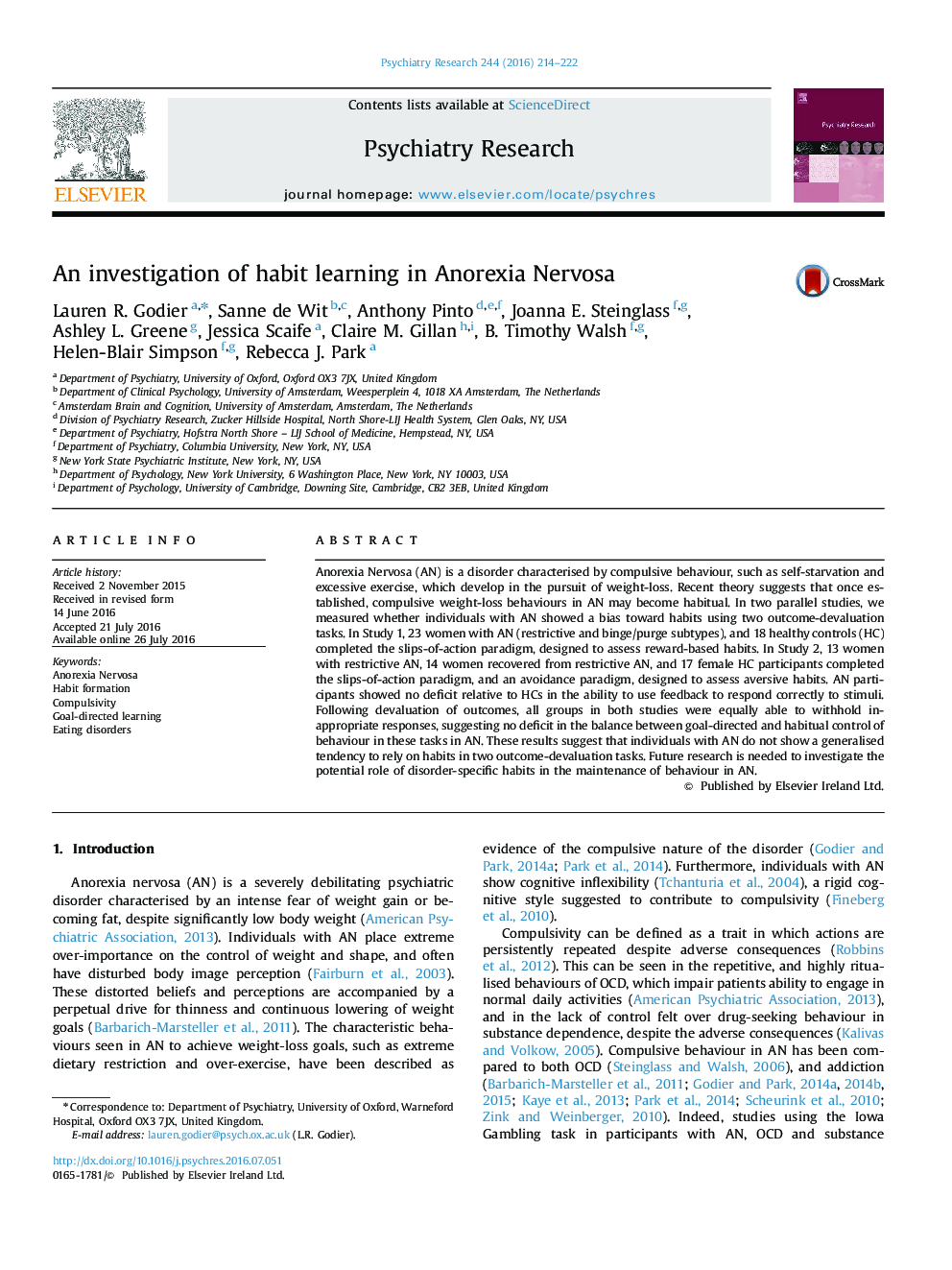 • We investigated whether individuals with AN show a bias towards habits.
• In two parallel studies we included both subtypes of AN and a recovered sample.
• All participants were able to withhold inappropriate responses to devalued stimuli.
• We conclude that individuals with AN do not show a tendency to rely on habits.

Anorexia Nervosa (AN) is a disorder characterised by compulsive behaviour, such as self-starvation and excessive exercise, which develop in the pursuit of weight-loss. Recent theory suggests that once established, compulsive weight-loss behaviours in AN may become habitual. In two parallel studies, we measured whether individuals with AN showed a bias toward habits using two outcome-devaluation tasks. In Study 1, 23 women with AN (restrictive and binge/purge subtypes), and 18 healthy controls (HC) completed the slips-of-action paradigm, designed to assess reward-based habits. In Study 2, 13 women with restrictive AN, 14 women recovered from restrictive AN, and 17 female HC participants completed the slips-of-action paradigm, and an avoidance paradigm, designed to assess aversive habits. AN participants showed no deficit relative to HCs in the ability to use feedback to respond correctly to stimuli. Following devaluation of outcomes, all groups in both studies were equally able to withhold inappropriate responses, suggesting no deficit in the balance between goal-directed and habitual control of behaviour in these tasks in AN. These results suggest that individuals with AN do not show a generalised tendency to rely on habits in two outcome-devaluation tasks. Future research is needed to investigate the potential role of disorder-specific habits in the maintenance of behaviour in AN.