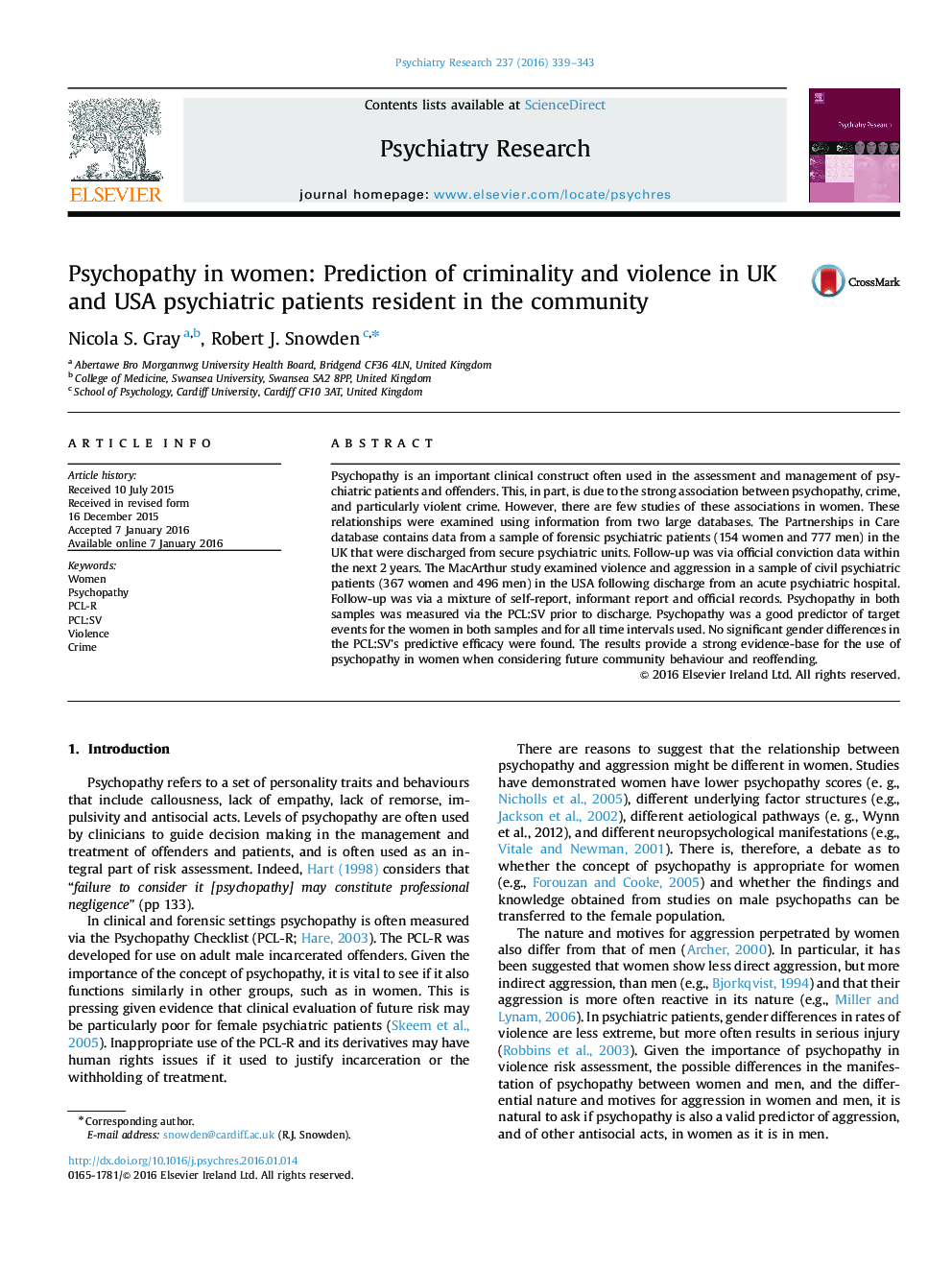 • The relationship between psychopathy and violence and criminality was examined.
• Data from two large (>1000 patients) samples in two countries were examined.
• PCL:SV predicted of violence and criminality in both samples at all time frames.
• No gender differences were found despite good power.
• Psychopathy is an important predictor of problem behaviours for both men and women

Psychopathy is an important clinical construct often used in the assessment and management of psychiatric patients and offenders. This, in part, is due to the strong association between psychopathy, crime, and particularly violent crime. However, there are few studies of these associations in women. These relationships were examined using information from two large databases. The Partnerships in Care database contains data from a sample of forensic psychiatric patients (154 women and 777 men) in the UK that were discharged from secure psychiatric units. Follow-up was via official conviction data within the next 2 years. The MacArthur study examined violence and aggression in a sample of civil psychiatric patients (367 women and 496 men) in the USA following discharge from an acute psychiatric hospital. Follow-up was via a mixture of self-report, informant report and official records. Psychopathy in both samples was measured via the PCL:SV prior to discharge. Psychopathy was a good predictor of target events for the women in both samples and for all time intervals used. No significant gender differences in the PCL:SV’s predictive efficacy were found. The results provide a strong evidence-base for the use of psychopathy in women when considering future community behaviour and reoffending.