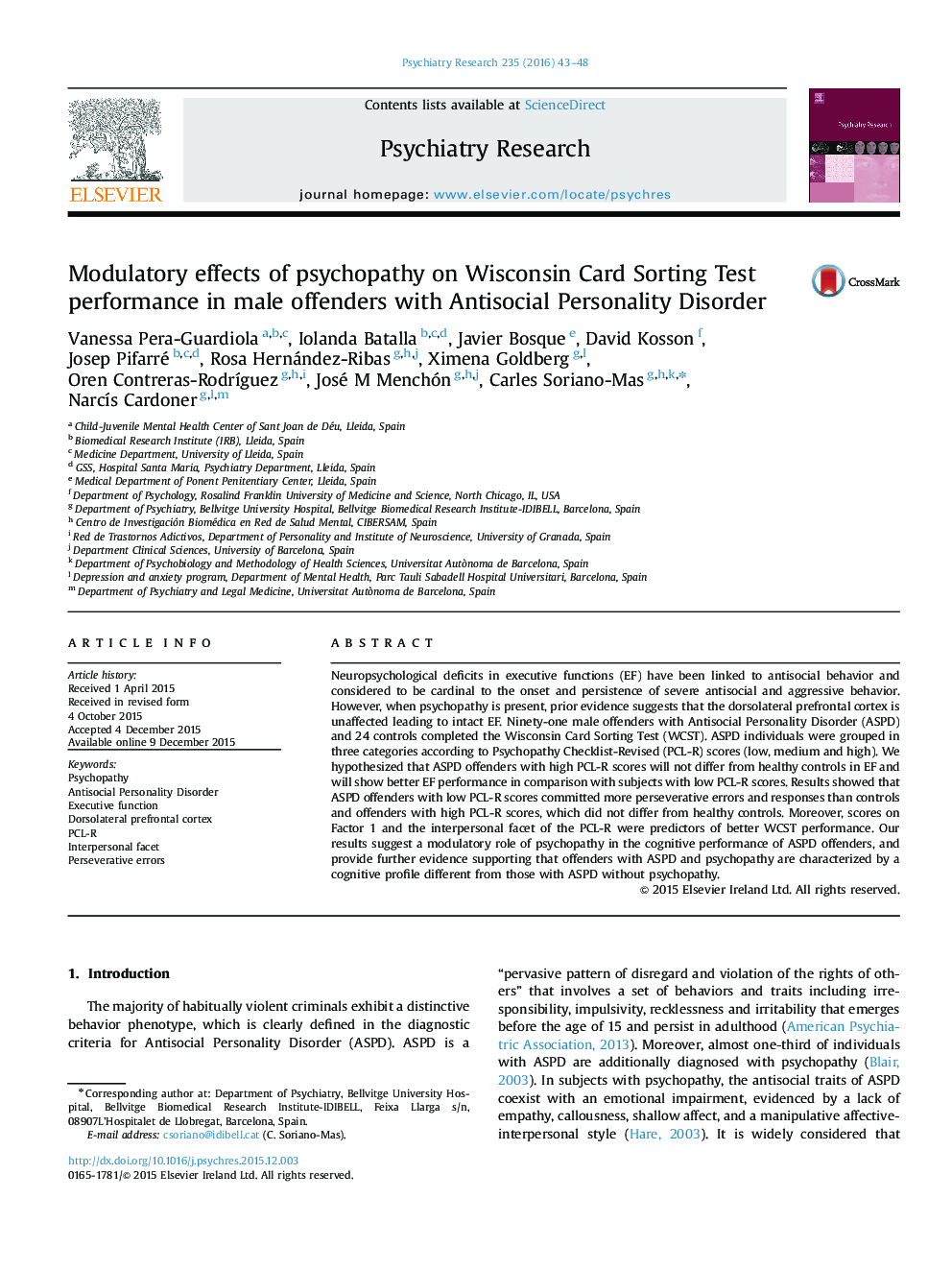 Neuropsychological deficits in executive functions (EF) have been linked to antisocial behavior and considered to be cardinal to the onset and persistence of severe antisocial and aggressive behavior. However, when psychopathy is present, prior evidence suggests that the dorsolateral prefrontal cortex is unaffected leading to intact EF. Ninety-one male offenders with Antisocial Personality Disorder (ASPD) and 24 controls completed the Wisconsin Card Sorting Test (WCST). ASPD individuals were grouped in three categories according to Psychopathy Checklist-Revised (PCL-R) scores (low, medium and high). We hypothesized that ASPD offenders with high PCL-R scores will not differ from healthy controls in EF and will show better EF performance in comparison with subjects with low PCL-R scores. Results showed that ASPD offenders with low PCL-R scores committed more perseverative errors and responses than controls and offenders with high PCL-R scores, which did not differ from healthy controls. Moreover, scores on Factor 1 and the interpersonal facet of the PCL-R were predictors of better WCST performance. Our results suggest a modulatory role of psychopathy in the cognitive performance of ASPD offenders, and provide further evidence supporting that offenders with ASPD and psychopathy are characterized by a cognitive profile different from those with ASPD without psychopathy.