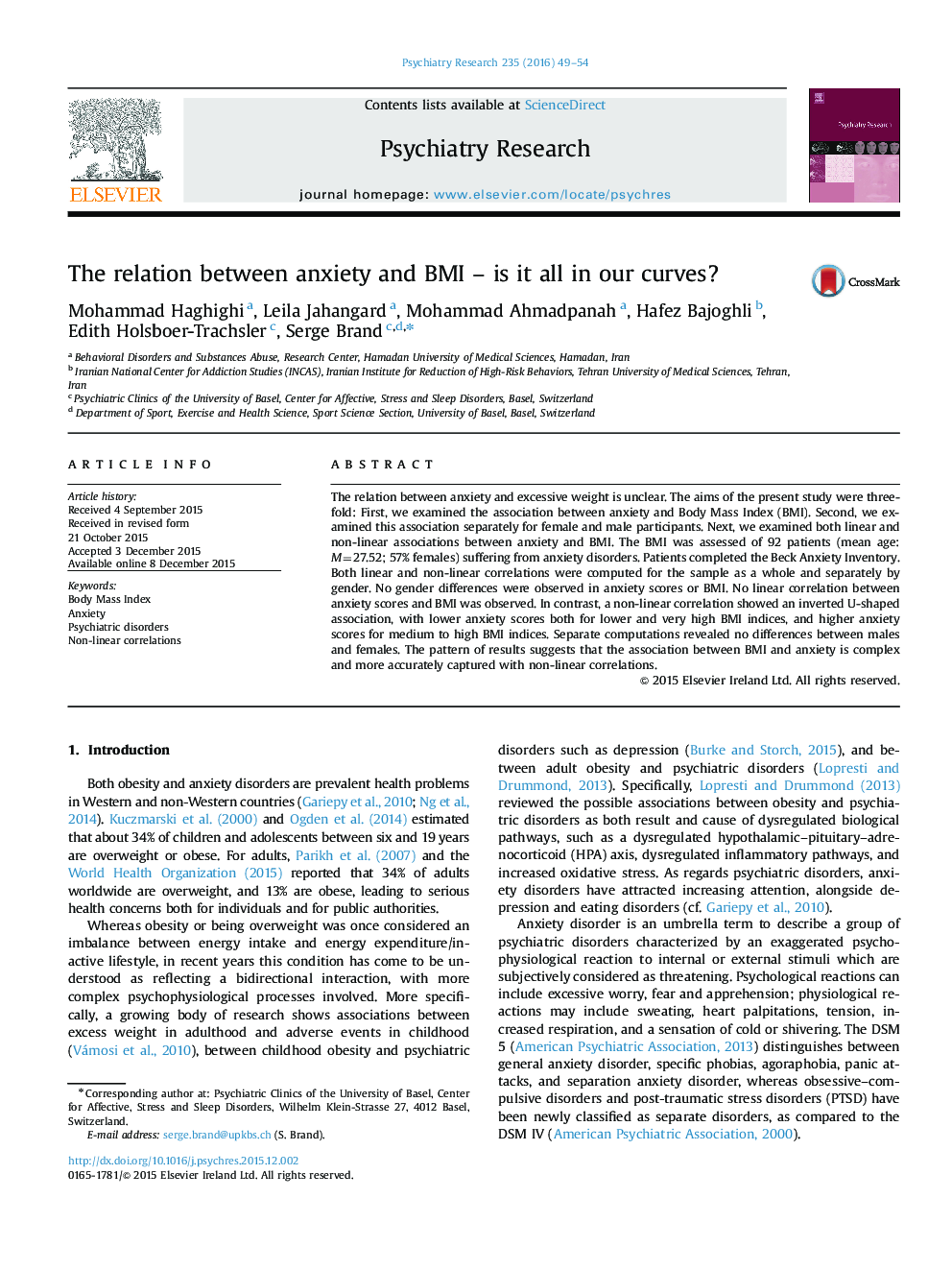 • We assessed 92 patients suffering from anxiety disorders and measured the BMI.
• Against expectations, no gender differences were observed.
• BMI and anxiety scores were associated in an inverted U-shape.
• Both low and high BMI were associated with lower anxiety scores.
• The non-linear association might blur associations between BMI and anxiety.