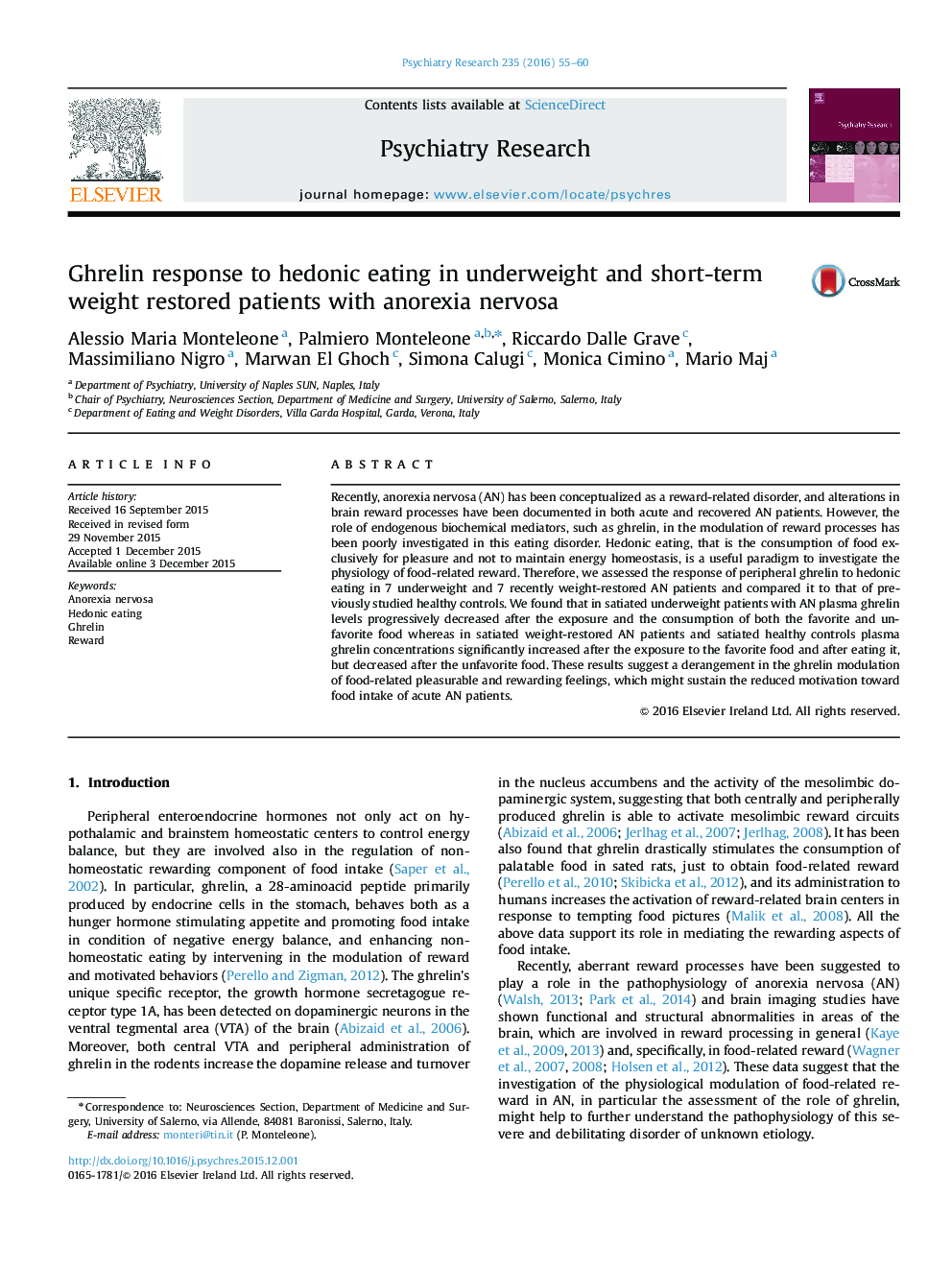 • Reward mechanisms have been involved in the pathophysiology of anorexia nervosa.
• The role of ghrelin in the modulation of food-related reward was explored in patient with anorexia nervosa.
• Satiated underweight and weight restored anorexic patients underwent hedonic and non- hedonic eating.
• Compared to healthy controls, ghrelin secretion after hedonic eating was deranged in underweight but not in weight-restored patients.
• These results suggest alterations of food-related reward modulation in acute anorexia nervosa.

Recently, anorexia nervosa (AN) has been conceptualized as a reward-related disorder, and alterations in brain reward processes have been documented in both acute and recovered AN patients. However, the role of endogenous biochemical mediators, such as ghrelin, in the modulation of reward processes has been poorly investigated in this eating disorder. Hedonic eating, that is the consumption of food exclusively for pleasure and not to maintain energy homeostasis, is a useful paradigm to investigate the physiology of food-related reward. Therefore, we assessed the response of peripheral ghrelin to hedonic eating in 7 underweight and 7 recently weight-restored AN patients and compared it to that of previously studied healthy controls. We found that in satiated underweight patients with AN plasma ghrelin levels progressively decreased after the exposure and the consumption of both the favorite and unfavorite food whereas in satiated weight-restored AN patients and satiated healthy controls plasma ghrelin concentrations significantly increased after the exposure to the favorite food and after eating it, but decreased after the unfavorite food. These results suggest a derangement in the ghrelin modulation of food-related pleasurable and rewarding feelings, which might sustain the reduced motivation toward food intake of acute AN patients.