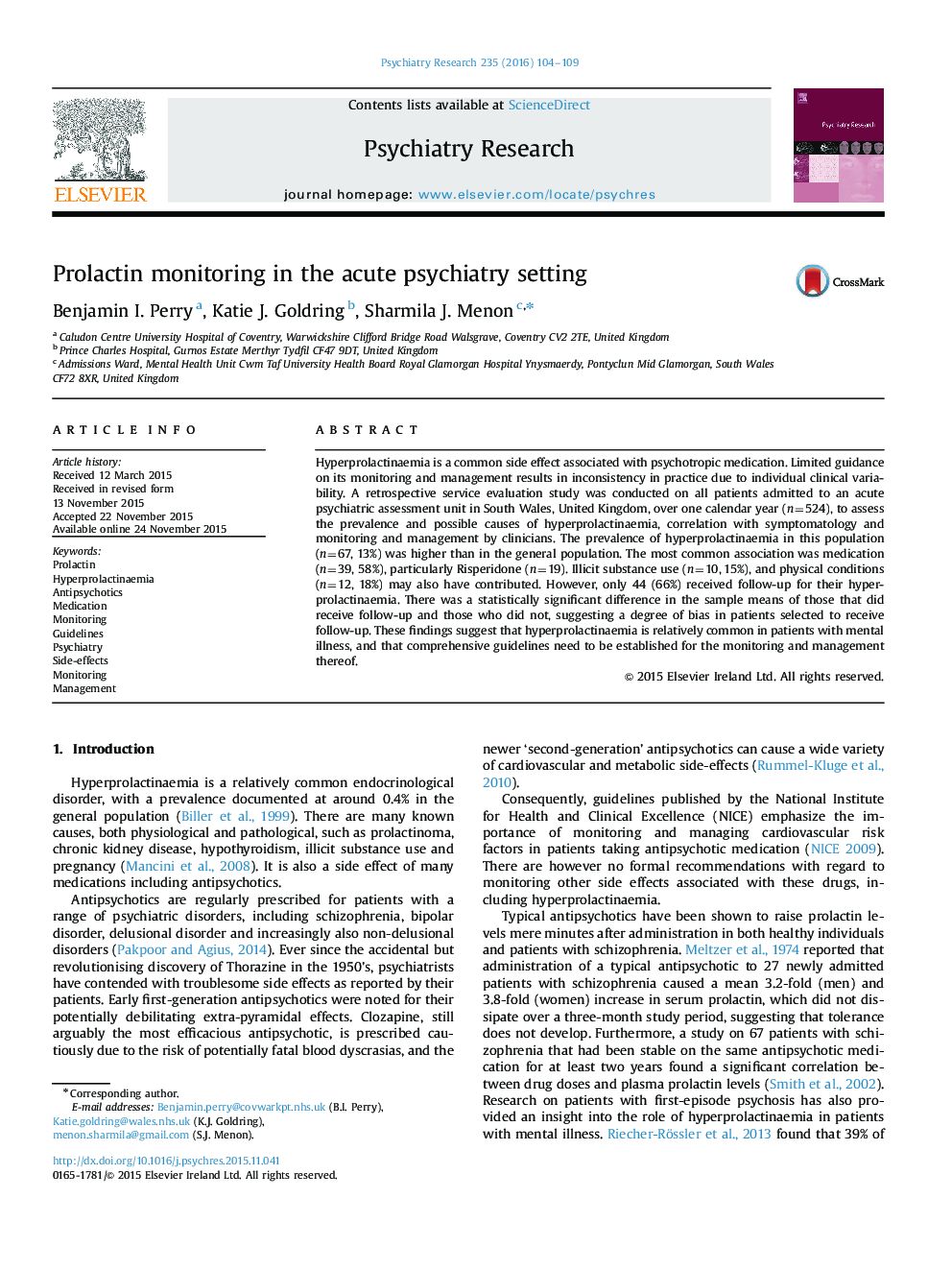 • Hyperprolactinaemia is a relatively common finding in a mental health population.
• Guidelines for monitoring and management need clarity and expansion.
• Risperidone was most likely to cause a rise in prolactin in our study.
• All patients with raised prolactin warrant appropriate follow-up.
• Symptomatology of a raised prolactin should feature in clinical history taking.

Hyperprolactinaemia is a common side effect associated with psychotropic medication. Limited guidance on its monitoring and management results in inconsistency in practice due to individual clinical variability. A retrospective service evaluation study was conducted on all patients admitted to an acute psychiatric assessment unit in South Wales, United Kingdom, over one calendar year (n=524), to assess the prevalence and possible causes of hyperprolactinaemia, correlation with symptomatology and monitoring and management by clinicians. The prevalence of hyperprolactinaemia in this population (n=67, 13%) was higher than in the general population. The most common association was medication (n=39, 58%), particularly Risperidone (n=19). Illicit substance use (n=10, 15%), and physical conditions (n=12, 18%) may also have contributed. However, only 44 (66%) received follow-up for their hyperprolactinaemia. There was a statistically significant difference in the sample means of those that did receive follow-up and those who did not, suggesting a degree of bias in patients selected to receive follow-up. These findings suggest that hyperprolactinaemia is relatively common in patients with mental illness, and that comprehensive guidelines need to be established for the monitoring and management thereof.