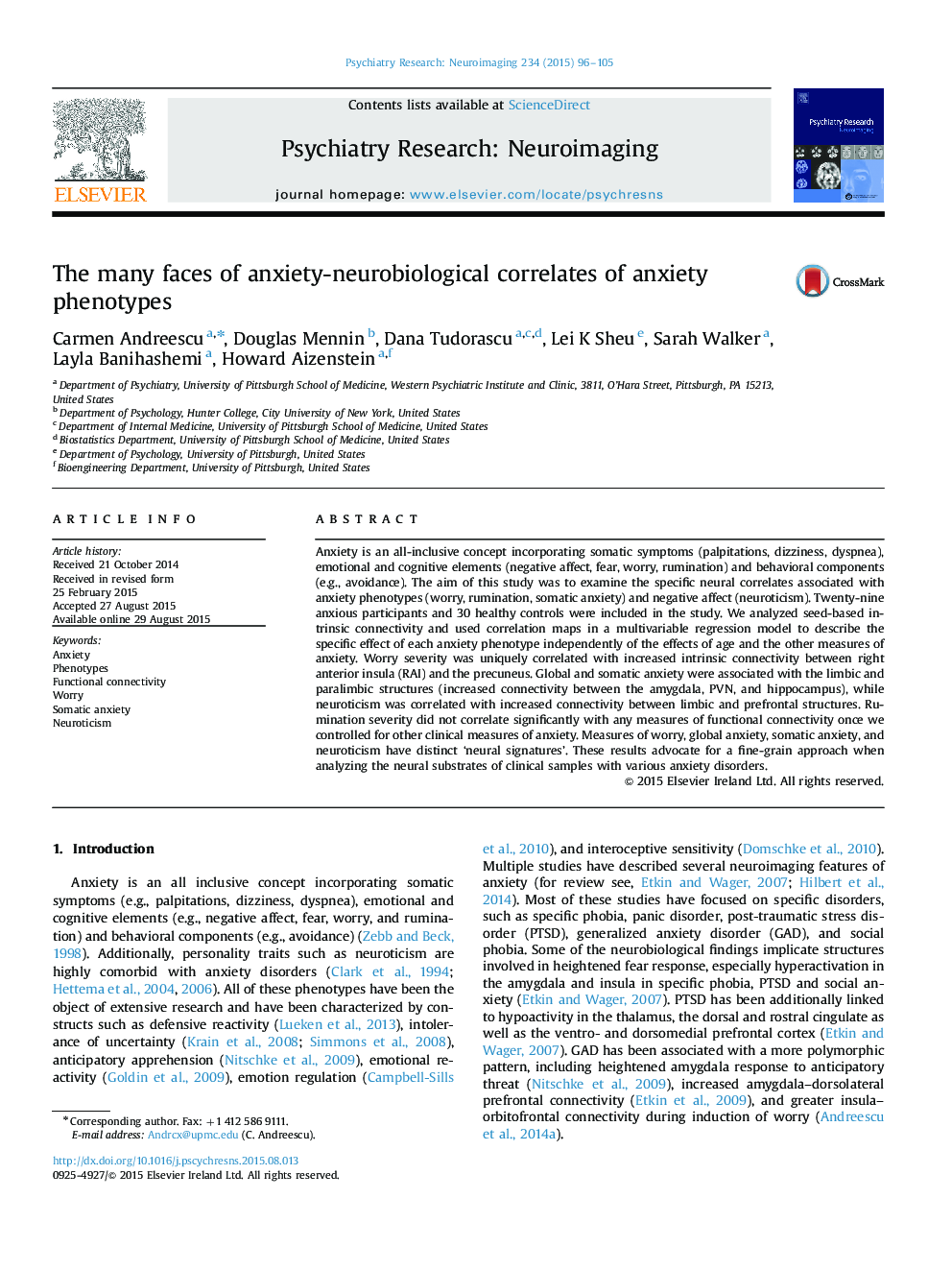 Anxiety is an all-inclusive concept incorporating somatic symptoms (palpitations, dizziness, dyspnea), emotional and cognitive elements (negative affect, fear, worry, rumination) and behavioral components (e.g., avoidance). The aim of this study was to examine the specific neural correlates associated with anxiety phenotypes (worry, rumination, somatic anxiety) and negative affect (neuroticism). Twenty-nine anxious participants and 30 healthy controls were included in the study. We analyzed seed-based intrinsic connectivity and used correlation maps in a multivariable regression model to describe the specific effect of each anxiety phenotype independently of the effects of age and the other measures of anxiety. Worry severity was uniquely correlated with increased intrinsic connectivity between right anterior insula (RAI) and the precuneus. Global and somatic anxiety were associated with the limbic and paralimbic structures (increased connectivity between the amygdala, PVN, and hippocampus), while neuroticism was correlated with increased connectivity between limbic and prefrontal structures. Rumination severity did not correlate significantly with any measures of functional connectivity once we controlled for other clinical measures of anxiety. Measures of worry, global anxiety, somatic anxiety, and neuroticism have distinct ‘neural signatures’. These results advocate for a fine-grain approach when analyzing the neural substrates of clinical samples with various anxiety disorders.