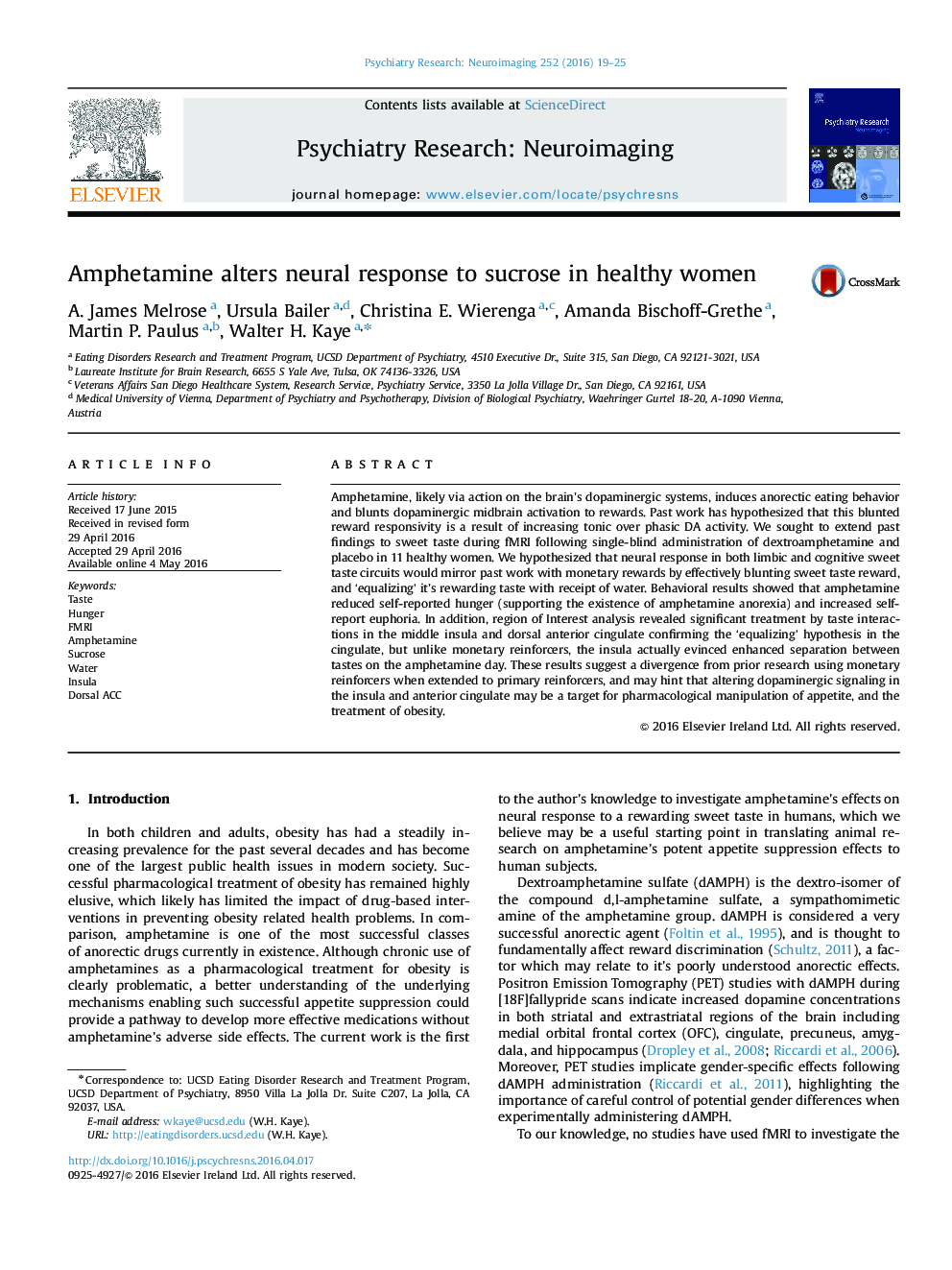 Amphetamine, likely via action on the brain's dopaminergic systems, induces anorectic eating behavior and blunts dopaminergic midbrain activation to rewards. Past work has hypothesized that this blunted reward responsivity is a result of increasing tonic over phasic DA activity. We sought to extend past findings to sweet taste during fMRI following single-blind administration of dextroamphetamine and placebo in 11 healthy women. We hypothesized that neural response in both limbic and cognitive sweet taste circuits would mirror past work with monetary rewards by effectively blunting sweet taste reward, and ‘equalizing’ it's rewarding taste with receipt of water. Behavioral results showed that amphetamine reduced self-reported hunger (supporting the existence of amphetamine anorexia) and increased self-report euphoria. In addition, region of Interest analysis revealed significant treatment by taste interactions in the middle insula and dorsal anterior cingulate confirming the ‘equalizing’ hypothesis in the cingulate, but unlike monetary reinforcers, the insula actually evinced enhanced separation between tastes on the amphetamine day. These results suggest a divergence from prior research using monetary reinforcers when extended to primary reinforcers, and may hint that altering dopaminergic signaling in the insula and anterior cingulate may be a target for pharmacological manipulation of appetite, and the treatment of obesity.