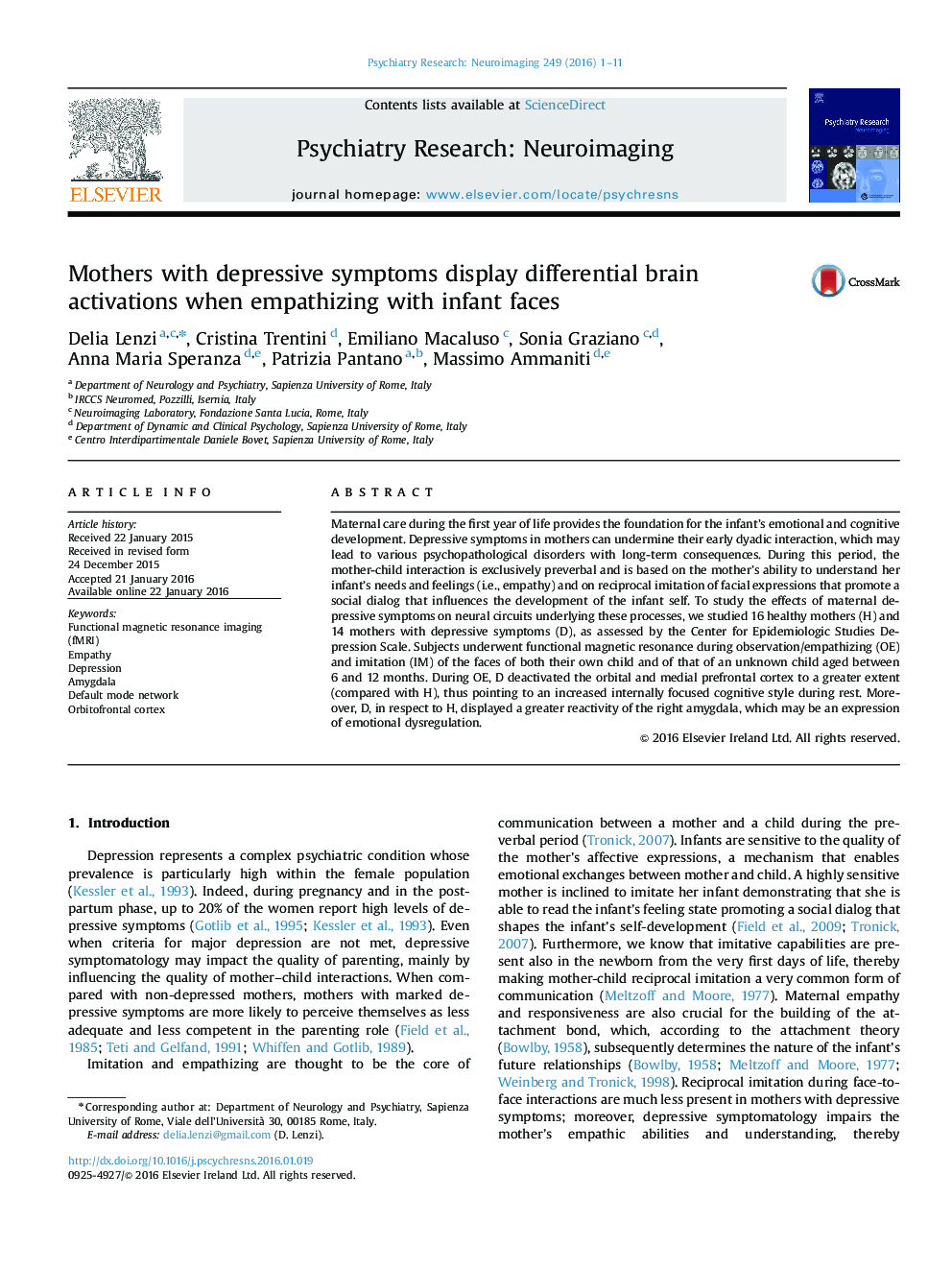 • Maternal care during the first year of life is crucial for the child development.
• Communication in this period is preverbal and based on imitation and maternal empathy.
• Depressive symptoms in mothers can undermine their early dyadic interaction.
• Depressed mothers greatly deactivate frontomedial areas when observing child pictures.
• Depressed mothers also displayed increased reactivity in the right amygdala.

Maternal care during the first year of life provides the foundation for the infant’s emotional and cognitive development. Depressive symptoms in mothers can undermine their early dyadic interaction, which may lead to various psychopathological disorders with long-term consequences. During this period, the mother-child interaction is exclusively preverbal and is based on the mother’s ability to understand her infant’s needs and feelings (i.e., empathy) and on reciprocal imitation of facial expressions that promote a social dialog that influences the development of the infant self. To study the effects of maternal depressive symptoms on neural circuits underlying these processes, we studied 16 healthy mothers (H) and 14 mothers with depressive symptoms (D), as assessed by the Center for Epidemiologic Studies Depression Scale. Subjects underwent functional magnetic resonance during observation/empathizing (OE) and imitation (IM) of the faces of both their own child and of that of an unknown child aged between 6 and 12 months. During OE, D deactivated the orbital and medial prefrontal cortex to a greater extent (compared with H), thus pointing to an increased internally focused cognitive style during rest. Moreover, D, in respect to H, displayed a greater reactivity of the right amygdala, which may be an expression of emotional dysregulation.