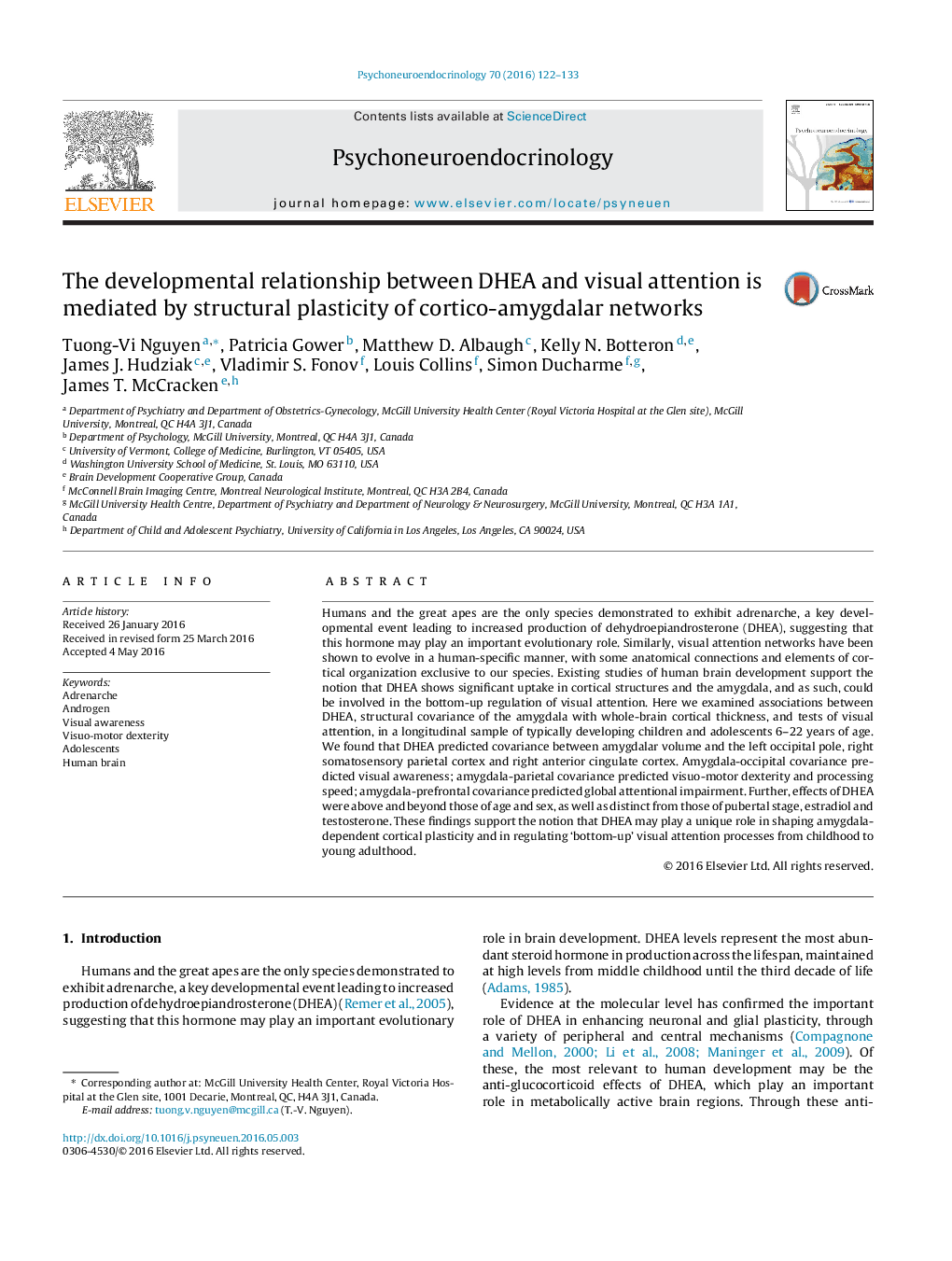 • Adrenarche is a developmental event unique to humans and the great apes.
• DHEA reaches its highest circulating levels during adrenarche.
• DHEA regulates structural plasticity of cortico-amygdalar networks during development.
• DHEA-related cortico-amygdalar networks regulate visual attention during development.
• Effects of DHEA are distinct from those of sex, age, puberty, estradiol, testosterone.

Humans and the great apes are the only species demonstrated to exhibit adrenarche, a key developmental event leading to increased production of dehydroepiandrosterone (DHEA), suggesting that this hormone may play an important evolutionary role. Similarly, visual attention networks have been shown to evolve in a human-specific manner, with some anatomical connections and elements of cortical organization exclusive to our species. Existing studies of human brain development support the notion that DHEA shows significant uptake in cortical structures and the amygdala, and as such, could be involved in the bottom-up regulation of visual attention. Here we examined associations between DHEA, structural covariance of the amygdala with whole-brain cortical thickness, and tests of visual attention, in a longitudinal sample of typically developing children and adolescents 6–22 years of age. We found that DHEA predicted covariance between amygdalar volume and the left occipital pole, right somatosensory parietal cortex and right anterior cingulate cortex. Amygdala-occipital covariance predicted visual awareness; amygdala-parietal covariance predicted visuo-motor dexterity and processing speed; amygdala-prefrontal covariance predicted global attentional impairment. Further, effects of DHEA were above and beyond those of age and sex, as well as distinct from those of pubertal stage, estradiol and testosterone. These findings support the notion that DHEA may play a unique role in shaping amygdala-dependent cortical plasticity and in regulating ‘bottom-up’ visual attention processes from childhood to young adulthood.