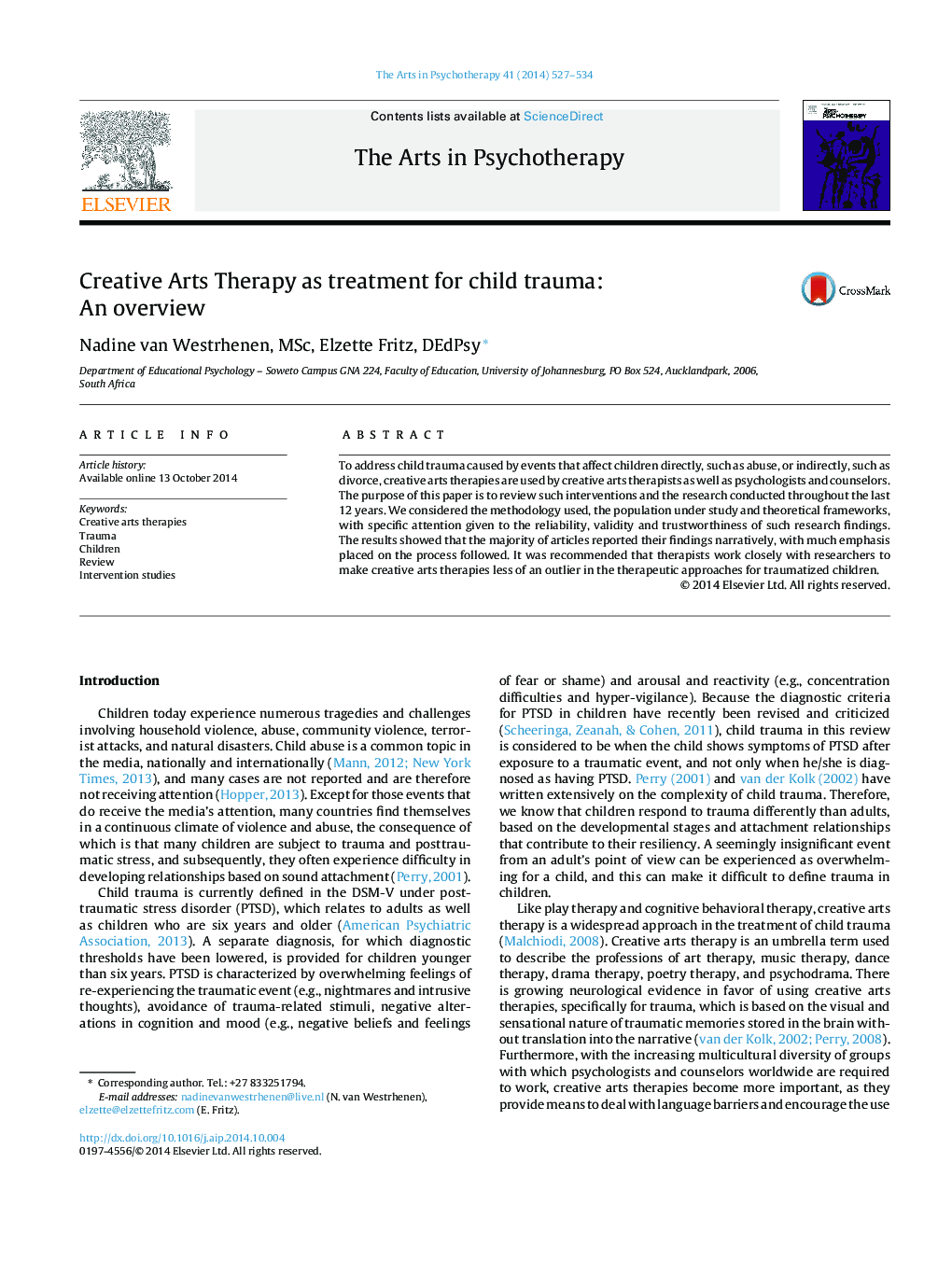 • We reviewed 38 studies evaluating CEAT for traumatized children.
• We examined the methodology, population and theoretical frameworks.
• The majority of studies were written as narratives.
• We identified limitations in terms of trustworthiness and recommend more detailed descriptions and more evidence based findings.

To address child trauma caused by events that affect children directly, such as abuse, or indirectly, such as divorce, creative arts therapies are used by creative arts therapists as well as psychologists and counselors. The purpose of this paper is to review such interventions and the research conducted throughout the last 12 years. We considered the methodology used, the population under study and theoretical frameworks, with specific attention given to the reliability, validity and trustworthiness of such research findings. The results showed that the majority of articles reported their findings narratively, with much emphasis placed on the process followed. It was recommended that therapists work closely with researchers to make creative arts therapies less of an outlier in the therapeutic approaches for traumatized children.