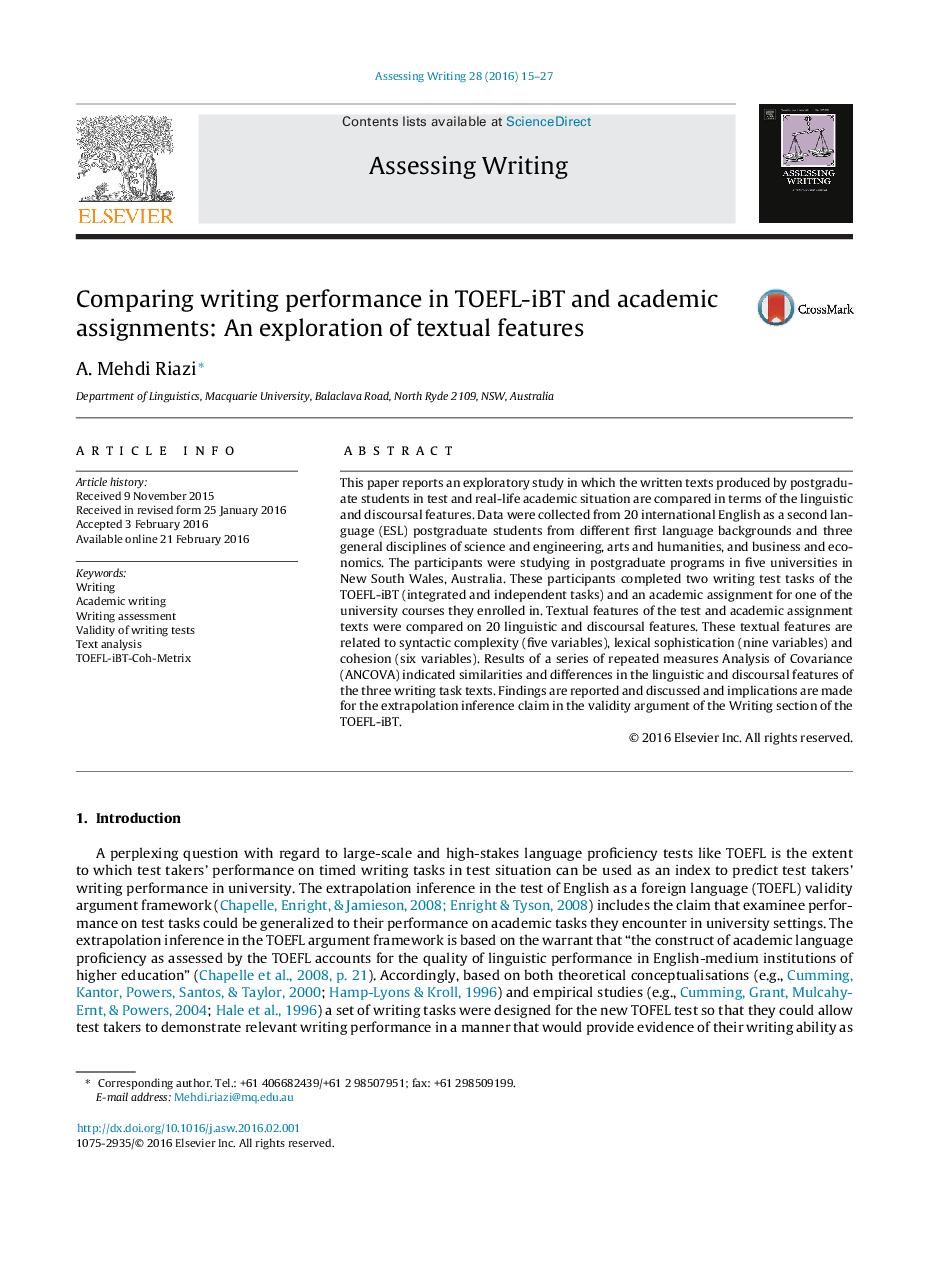 • Texts produced in TOEFL-iBT writing test and real-life academic writing are compared.
• The two types of texts are compared on 20 linguistic and discoursal features.
• The findings show that the two writing test tasks differ in terms of some features.
• Similarities were found between the linguistic features of test and academic texts.
• Implications for the extrapolation inference in the validity argument are discussed.

This paper reports an exploratory study in which the written texts produced by postgraduate students in test and real-life academic situation are compared in terms of the linguistic and discoursal features. Data were collected from 20 international English as a second language (ESL) postgraduate students from different first language backgrounds and three general disciplines of science and engineering, arts and humanities, and business and economics. The participants were studying in postgraduate programs in five universities in New South Wales, Australia. These participants completed two writing test tasks of the TOEFL-iBT (integrated and independent tasks) and an academic assignment for one of the university courses they enrolled in. Textual features of the test and academic assignment texts were compared on 20 linguistic and discoursal features. These textual features are related to syntactic complexity (five variables), lexical sophistication (nine variables) and cohesion (six variables). Results of a series of repeated measures Analysis of Covariance (ANCOVA) indicated similarities and differences in the linguistic and discoursal features of the three writing task texts. Findings are reported and discussed and implications are made for the extrapolation inference claim in the validity argument of the Writing section of the TOEFL-iBT.