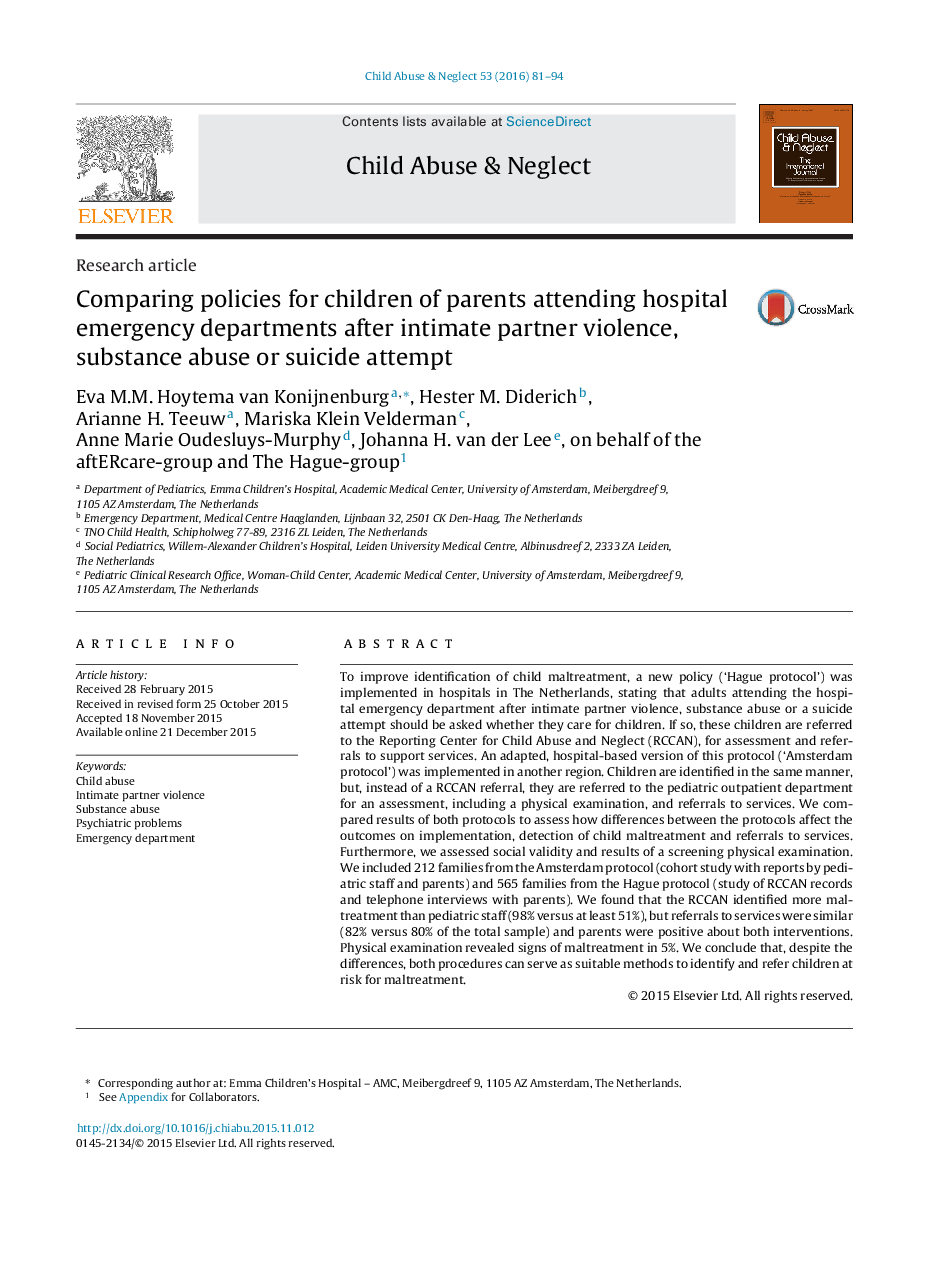 To improve identification of child maltreatment, a new policy (‘Hague protocol’) was implemented in hospitals in The Netherlands, stating that adults attending the hospital emergency department after intimate partner violence, substance abuse or a suicide attempt should be asked whether they care for children. If so, these children are referred to the Reporting Center for Child Abuse and Neglect (RCCAN), for assessment and referrals to support services. An adapted, hospital-based version of this protocol (‘Amsterdam protocol’) was implemented in another region. Children are identified in the same manner, but, instead of a RCCAN referral, they are referred to the pediatric outpatient department for an assessment, including a physical examination, and referrals to services. We compared results of both protocols to assess how differences between the protocols affect the outcomes on implementation, detection of child maltreatment and referrals to services. Furthermore, we assessed social validity and results of a screening physical examination. We included 212 families from the Amsterdam protocol (cohort study with reports by pediatric staff and parents) and 565 families from the Hague protocol (study of RCCAN records and telephone interviews with parents). We found that the RCCAN identified more maltreatment than pediatric staff (98% versus at least 51%), but referrals to services were similar (82% versus 80% of the total sample) and parents were positive about both interventions. Physical examination revealed signs of maltreatment in 5%. We conclude that, despite the differences, both procedures can serve as suitable methods to identify and refer children at risk for maltreatment.