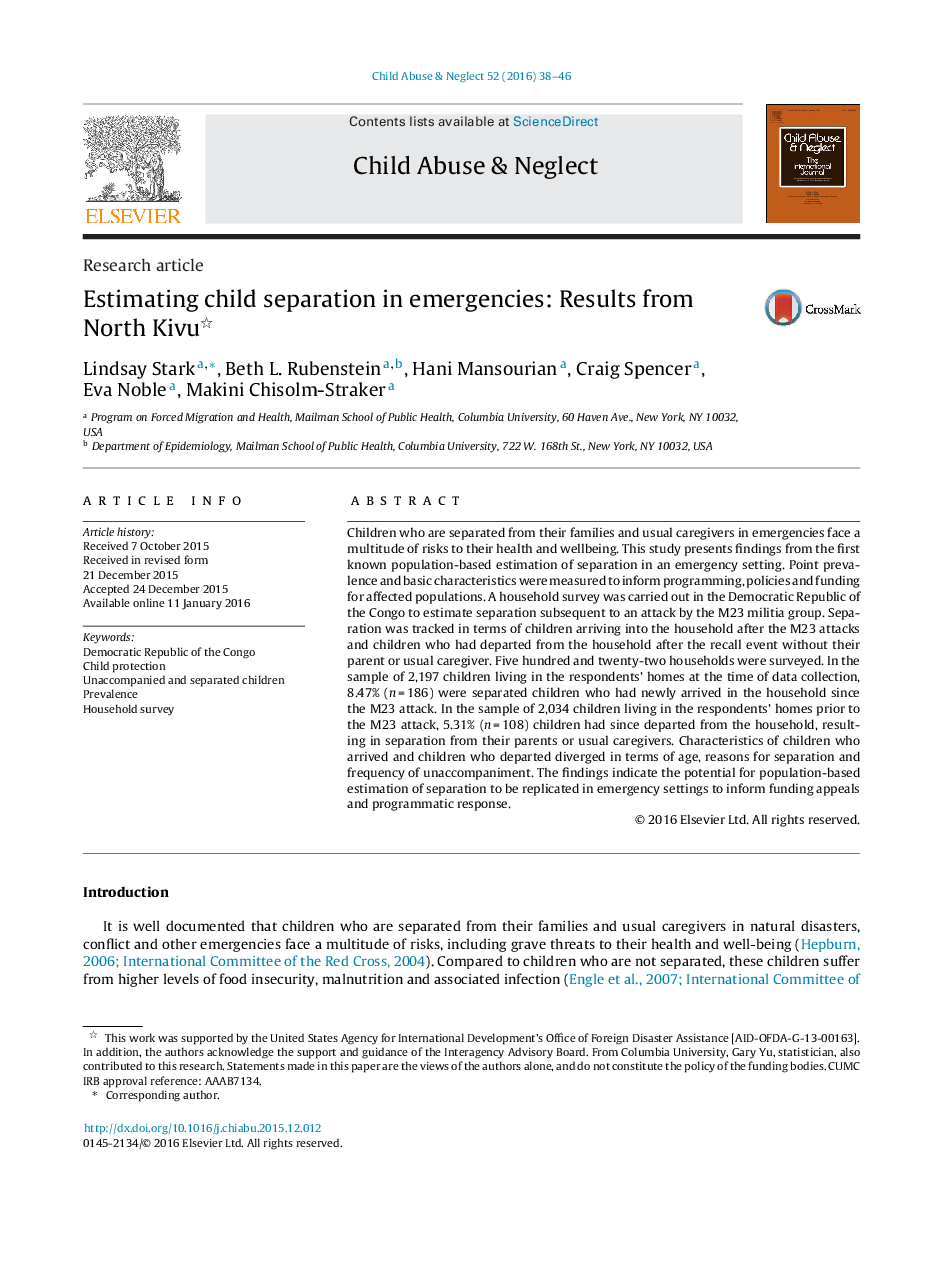 Children who are separated from their families and usual caregivers in emergencies face a multitude of risks to their health and wellbeing. This study presents findings from the first known population-based estimation of separation in an emergency setting. Point prevalence and basic characteristics were measured to inform programming, policies and funding for affected populations. A household survey was carried out in the Democratic Republic of the Congo to estimate separation subsequent to an attack by the M23 militia group. Separation was tracked in terms of children arriving into the household after the M23 attacks and children who had departed from the household after the recall event without their parent or usual caregiver. Five hundred and twenty-two households were surveyed. In the sample of 2,197 children living in the respondents’ homes at the time of data collection, 8.47% (n = 186) were separated children who had newly arrived in the household since the M23 attack. In the sample of 2,034 children living in the respondents’ homes prior to the M23 attack, 5.31% (n = 108) children had since departed from the household, resulting in separation from their parents or usual caregivers. Characteristics of children who arrived and children who departed diverged in terms of age, reasons for separation and frequency of unaccompaniment. The findings indicate the potential for population-based estimation of separation to be replicated in emergency settings to inform funding appeals and programmatic response.