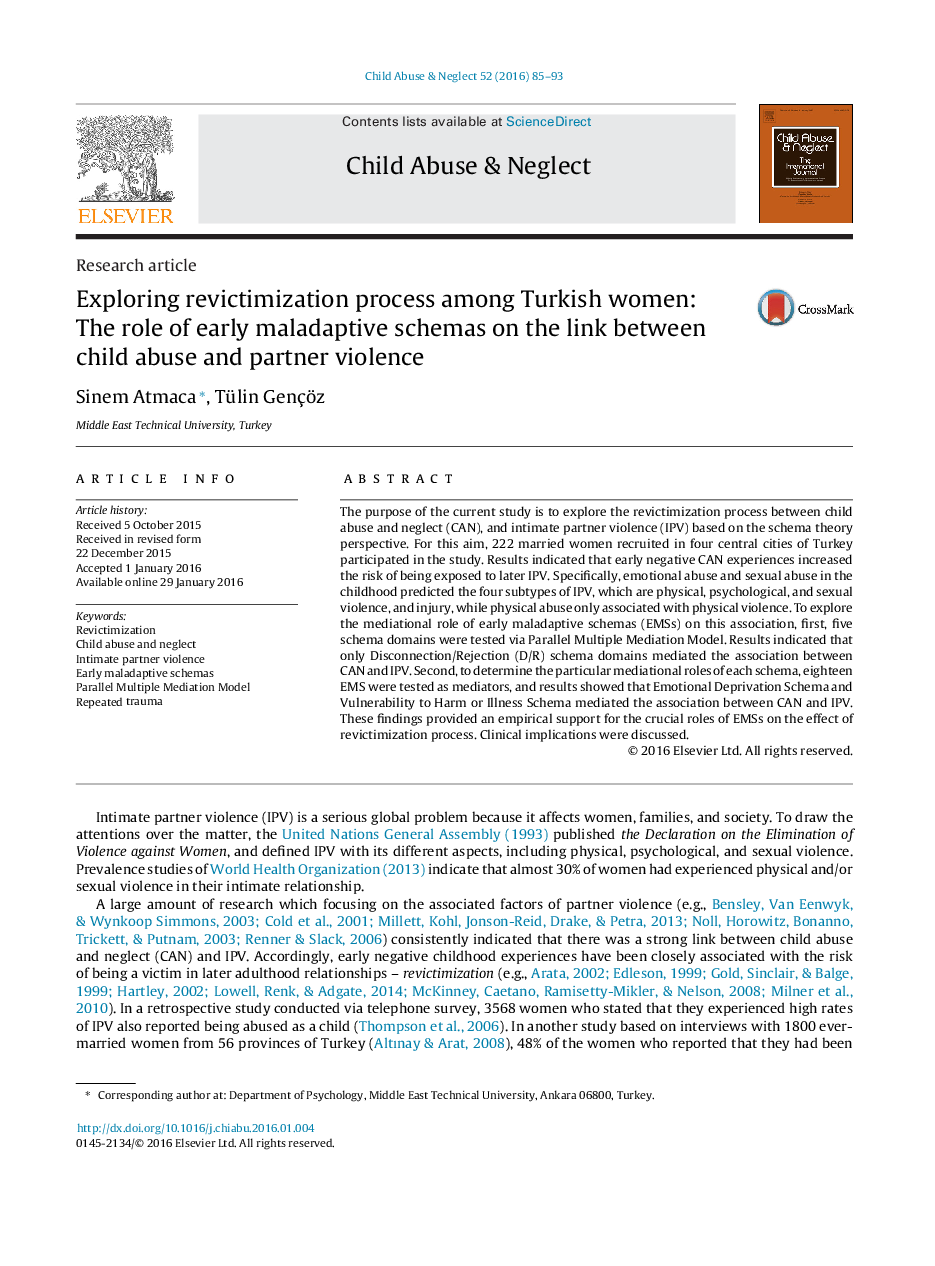 The purpose of the current study is to explore the revictimization process between child abuse and neglect (CAN), and intimate partner violence (IPV) based on the schema theory perspective. For this aim, 222 married women recruited in four central cities of Turkey participated in the study. Results indicated that early negative CAN experiences increased the risk of being exposed to later IPV. Specifically, emotional abuse and sexual abuse in the childhood predicted the four subtypes of IPV, which are physical, psychological, and sexual violence, and injury, while physical abuse only associated with physical violence. To explore the mediational role of early maladaptive schemas (EMSs) on this association, first, five schema domains were tested via Parallel Multiple Mediation Model. Results indicated that only Disconnection/Rejection (D/R) schema domains mediated the association between CAN and IPV. Second, to determine the particular mediational roles of each schema, eighteen EMS were tested as mediators, and results showed that Emotional Deprivation Schema and Vulnerability to Harm or Illness Schema mediated the association between CAN and IPV. These findings provided an empirical support for the crucial roles of EMSs on the effect of revictimization process. Clinical implications were discussed.