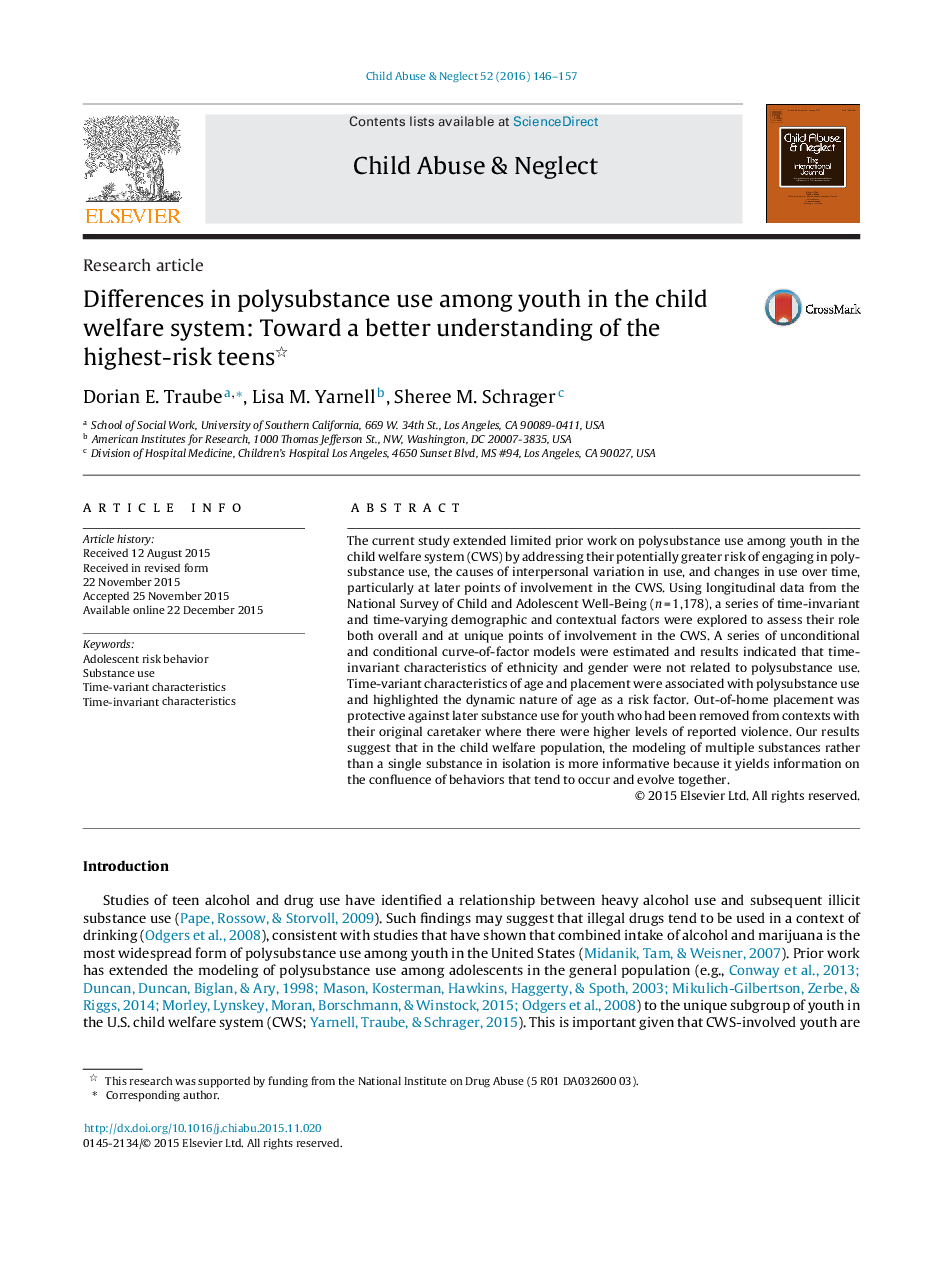 The current study extended limited prior work on polysubstance use among youth in the child welfare system (CWS) by addressing their potentially greater risk of engaging in polysubstance use, the causes of interpersonal variation in use, and changes in use over time, particularly at later points of involvement in the CWS. Using longitudinal data from the National Survey of Child and Adolescent Well-Being (n = 1,178), a series of time-invariant and time-varying demographic and contextual factors were explored to assess their role both overall and at unique points of involvement in the CWS. A series of unconditional and conditional curve-of-factor models were estimated and results indicated that time-invariant characteristics of ethnicity and gender were not related to polysubstance use. Time-variant characteristics of age and placement were associated with polysubstance use and highlighted the dynamic nature of age as a risk factor. Out-of-home placement was protective against later substance use for youth who had been removed from contexts with their original caretaker where there were higher levels of reported violence. Our results suggest that in the child welfare population, the modeling of multiple substances rather than a single substance in isolation is more informative because it yields information on the confluence of behaviors that tend to occur and evolve together.