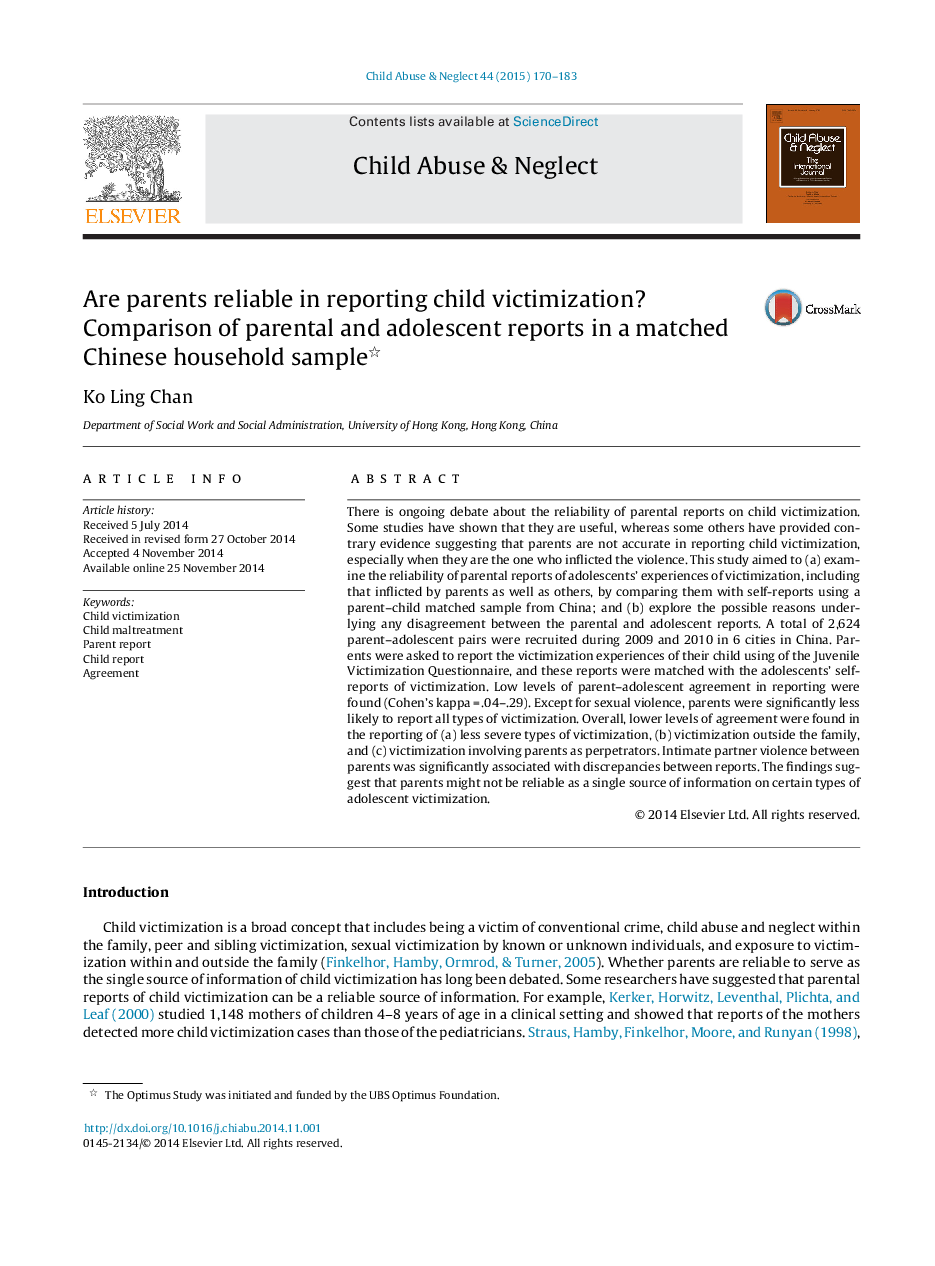 There is ongoing debate about the reliability of parental reports on child victimization. Some studies have shown that they are useful, whereas some others have provided contrary evidence suggesting that parents are not accurate in reporting child victimization, especially when they are the one who inflicted the violence. This study aimed to (a) examine the reliability of parental reports of adolescents’ experiences of victimization, including that inflicted by parents as well as others, by comparing them with self-reports using a parent–child matched sample from China; and (b) explore the possible reasons underlying any disagreement between the parental and adolescent reports. A total of 2,624 parent–adolescent pairs were recruited during 2009 and 2010 in 6 cities in China. Parents were asked to report the victimization experiences of their child using of the Juvenile Victimization Questionnaire, and these reports were matched with the adolescents’ self-reports of victimization. Low levels of parent–adolescent agreement in reporting were found (Cohen's kappa = .04–.29). Except for sexual violence, parents were significantly less likely to report all types of victimization. Overall, lower levels of agreement were found in the reporting of (a) less severe types of victimization, (b) victimization outside the family, and (c) victimization involving parents as perpetrators. Intimate partner violence between parents was significantly associated with discrepancies between reports. The findings suggest that parents might not be reliable as a single source of information on certain types of adolescent victimization.