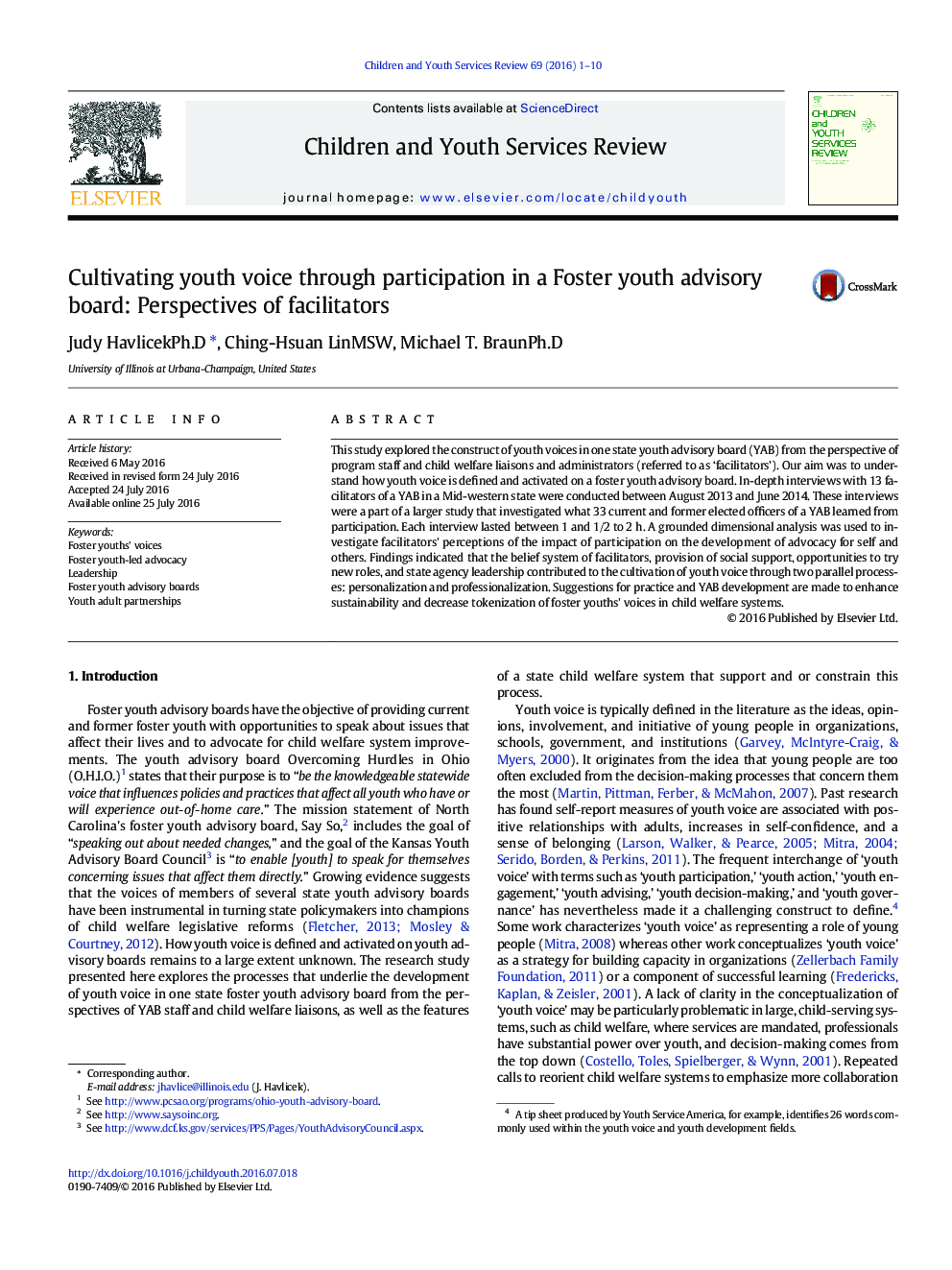 • Thirteen staff and/or child welfare liaisons of a state youth advisory board were interviewed.
• These interviews were a part of a larger study that interviewed 33 current and former elected officers of a YAB to understand what participants learned from participation.
• A dimensional grounded theory analysis was used to identify dimensions of foster youth voice from the perspective of facilitators.
• The findings delineate the positive and challenging aspects of cultivating foster youths voices, which may be useful in improving measurement of youth advocacy development in future research.

This study explored the construct of youth voices in one state youth advisory board (YAB) from the perspective of program staff and child welfare liaisons and administrators (referred to as ‘facilitators’). Our aim was to understand how youth voice is defined and activated on a foster youth advisory board. In-depth interviews with 13 facilitators of a YAB in a Mid-western state were conducted between August 2013 and June 2014. These interviews were a part of a larger study that investigated what 33 current and former elected officers of a YAB learned from participation. Each interview lasted between 1 and 1/2 to 2 h. A grounded dimensional analysis was used to investigate facilitators' perceptions of the impact of participation on the development of advocacy for self and others. Findings indicated that the belief system of facilitators, provision of social support, opportunities to try new roles, and state agency leadership contributed to the cultivation of youth voice through two parallel processes: personalization and professionalization. Suggestions for practice and YAB development are made to enhance sustainability and decrease tokenization of foster youths' voices in child welfare systems.