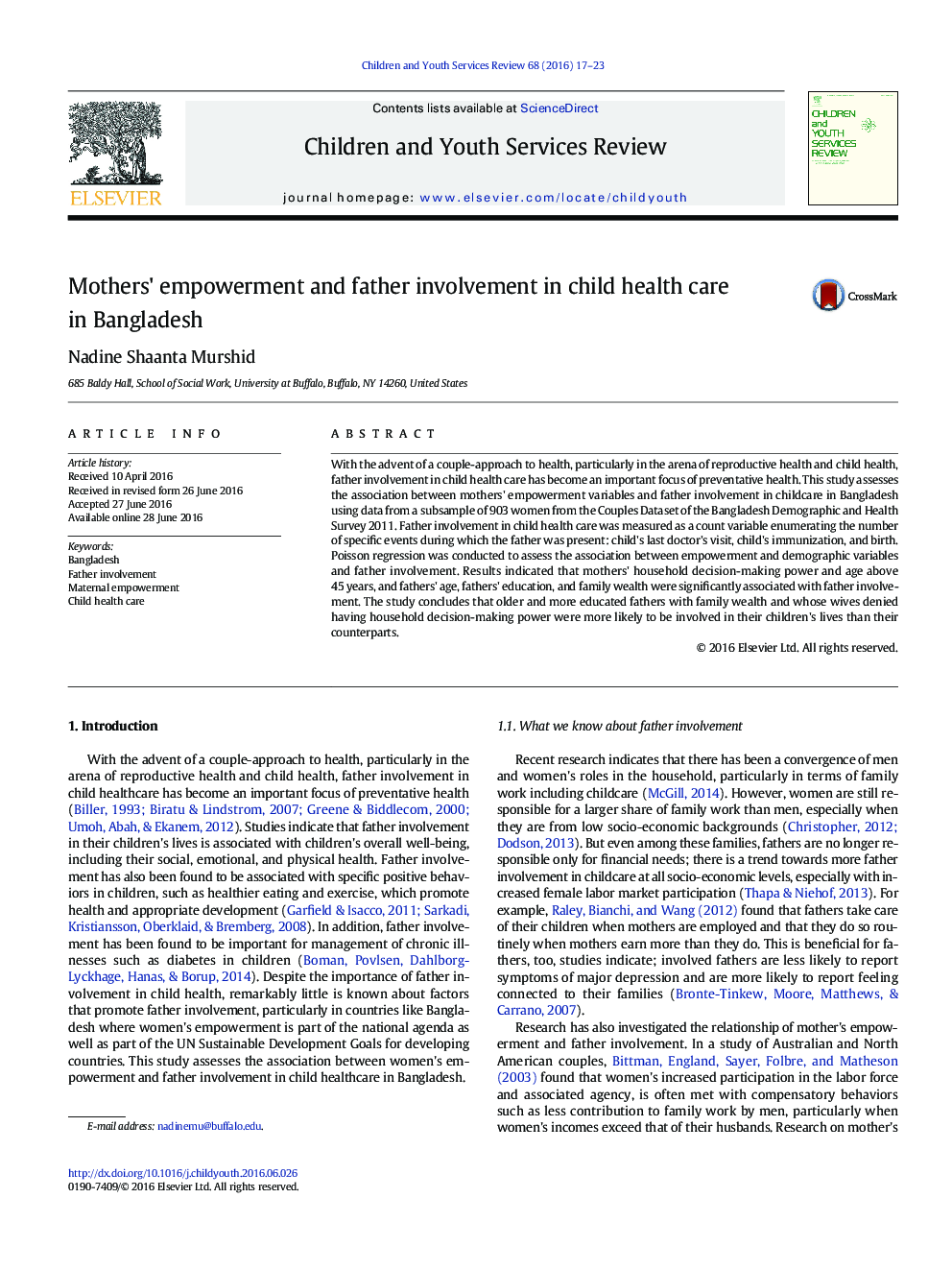 With the advent of a couple-approach to health, particularly in the arena of reproductive health and child health, father involvement in child health care has become an important focus of preventative health. This study assesses the association between mothers' empowerment variables and father involvement in childcare in Bangladesh using data from a subsample of 903 women from the Couples Dataset of the Bangladesh Demographic and Health Survey 2011. Father involvement in child health care was measured as a count variable enumerating the number of specific events during which the father was present: child's last doctor's visit, child's immunization, and birth. Poisson regression was conducted to assess the association between empowerment and demographic variables and father involvement. Results indicated that mothers' household decision-making power and age above 45 years, and fathers' age, fathers' education, and family wealth were significantly associated with father involvement. The study concludes that older and more educated fathers with family wealth and whose wives denied having household decision-making power were more likely to be involved in their children's lives than their counterparts.