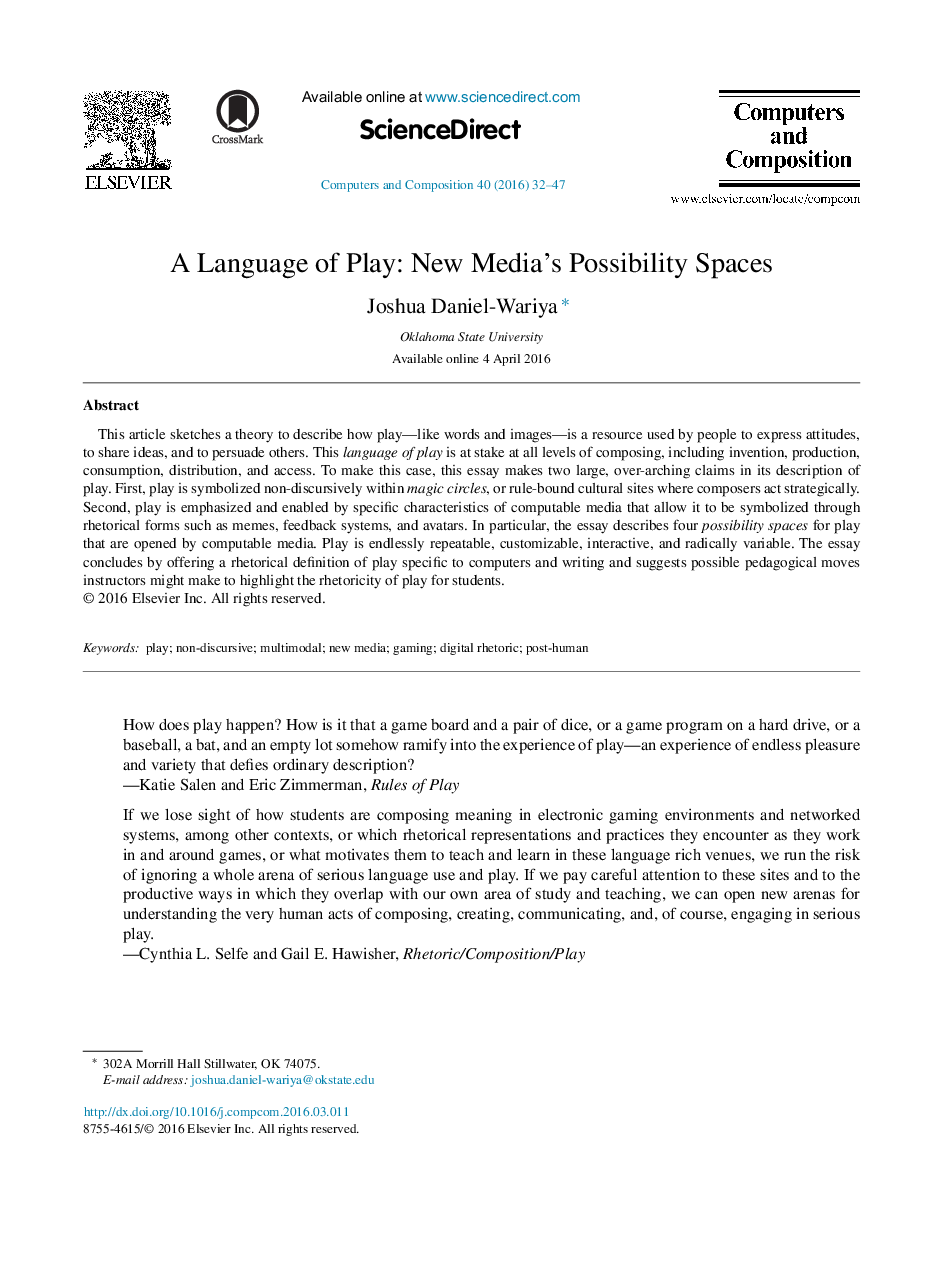 This article sketches a theory to describe how play—like words and images—is a resource used by people to express attitudes, to share ideas, and to persuade others. This language of play is at stake at all levels of composing, including invention, production, consumption, distribution, and access. To make this case, this essay makes two large, over-arching claims in its description of play. First, play is symbolized non-discursively within magic circles, or rule-bound cultural sites where composers act strategically. Second, play is emphasized and enabled by specific characteristics of computable media that allow it to be symbolized through rhetorical forms such as memes, feedback systems, and avatars. In particular, the essay describes four possibility spaces for play that are opened by computable media. Play is endlessly repeatable, customizable, interactive, and radically variable. The essay concludes by offering a rhetorical definition of play specific to computers and writing and suggests possible pedagogical moves instructors might make to highlight the rhetoricity of play for students.