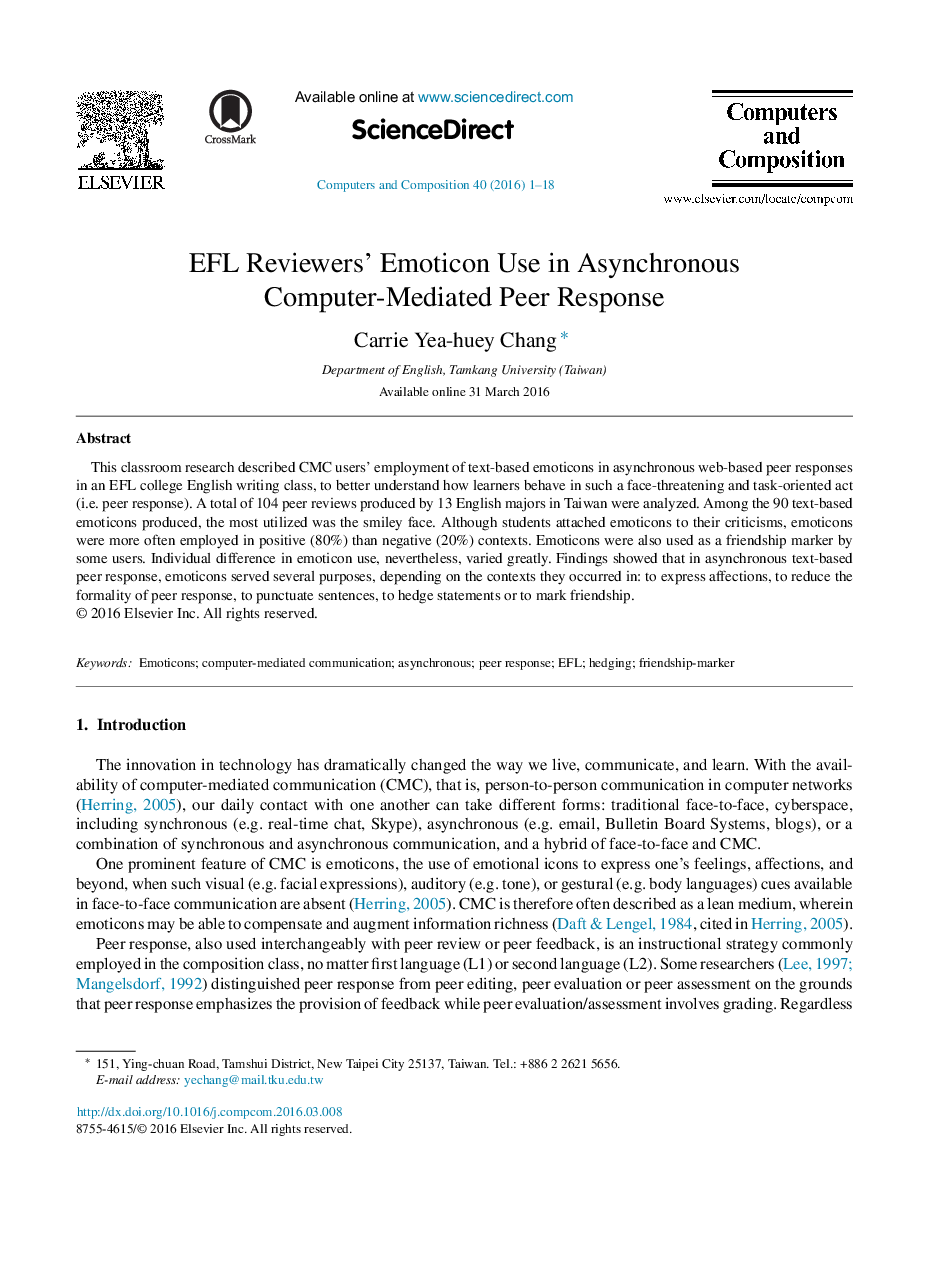 This classroom research described CMC users’ employment of text-based emoticons in asynchronous web-based peer responses in an EFL college English writing class, to better understand how learners behave in such a face-threatening and task-oriented act (i.e. peer response). A total of 104 peer reviews produced by 13 English majors in Taiwan were analyzed. Among the 90 text-based emoticons produced, the most utilized was the smiley face. Although students attached emoticons to their criticisms, emoticons were more often employed in positive (80%) than negative (20%) contexts. Emoticons were also used as a friendship marker by some users. Individual difference in emoticon use, nevertheless, varied greatly. Findings showed that in asynchronous text-based peer response, emoticons served several purposes, depending on the contexts they occurred in: to express affections, to reduce the formality of peer response, to punctuate sentences, to hedge statements or to mark friendship.