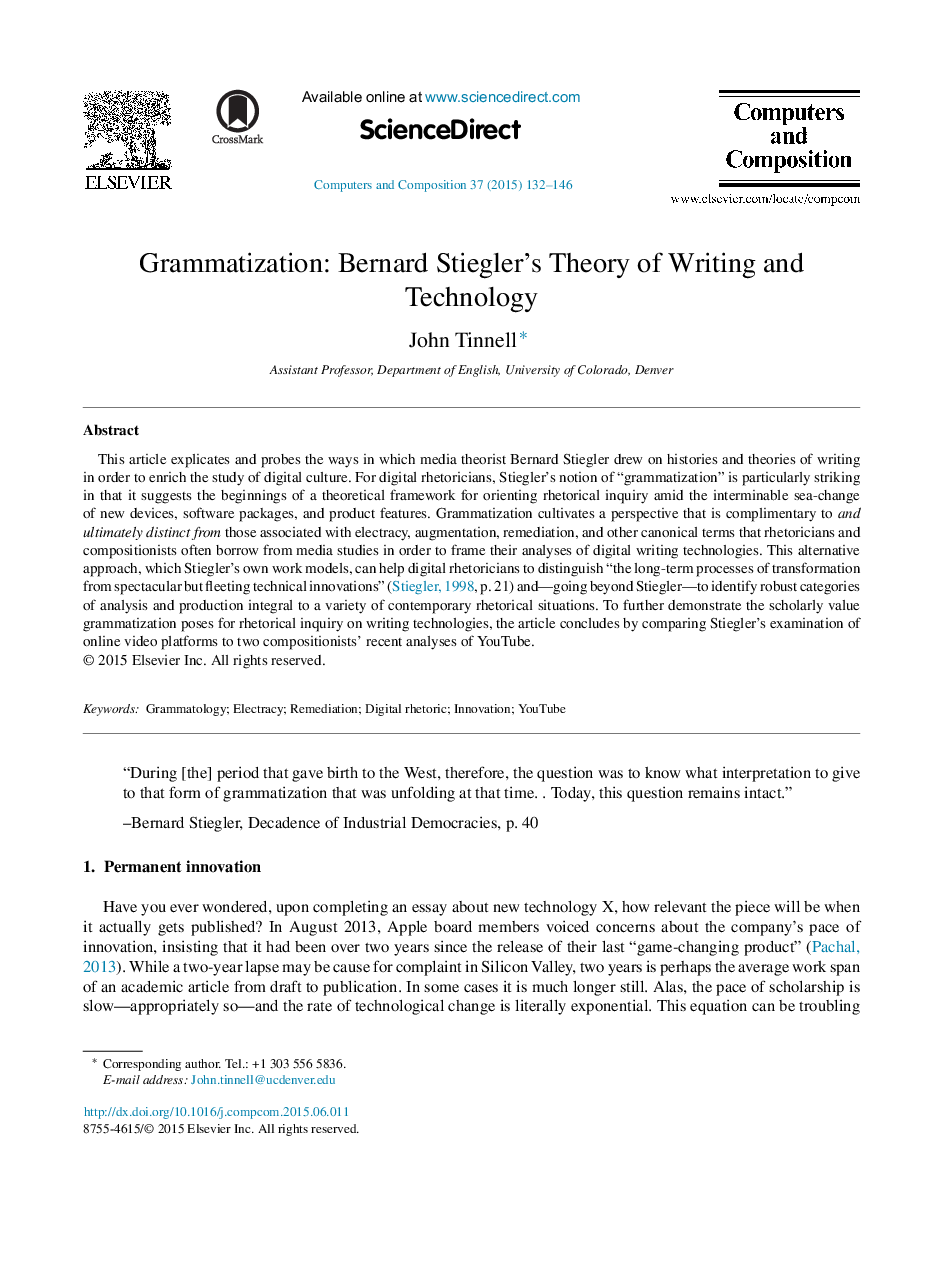 This article explicates and probes the ways in which media theorist Bernard Stiegler drew on histories and theories of writing in order to enrich the study of digital culture. For digital rhetoricians, Stiegler's notion of “grammatization” is particularly striking in that it suggests the beginnings of a theoretical framework for orienting rhetorical inquiry amid the interminable sea-change of new devices, software packages, and product features. Grammatization cultivates a perspective that is complimentary to and ultimately distinct from those associated with electracy, augmentation, remediation, and other canonical terms that rhetoricians and compositionists often borrow from media studies in order to frame their analyses of digital writing technologies. This alternative approach, which Stiegler's own work models, can help digital rhetoricians to distinguish “the long-term processes of transformation from spectacular but fleeting technical innovations” ( Stiegler, 1998, p. 21) and—going beyond Stiegler—to identify robust categories of analysis and production integral to a variety of contemporary rhetorical situations. To further demonstrate the scholarly value grammatization poses for rhetorical inquiry on writing technologies, the article concludes by comparing Stiegler's examination of online video platforms to two compositionists’ recent analyses of YouTube.