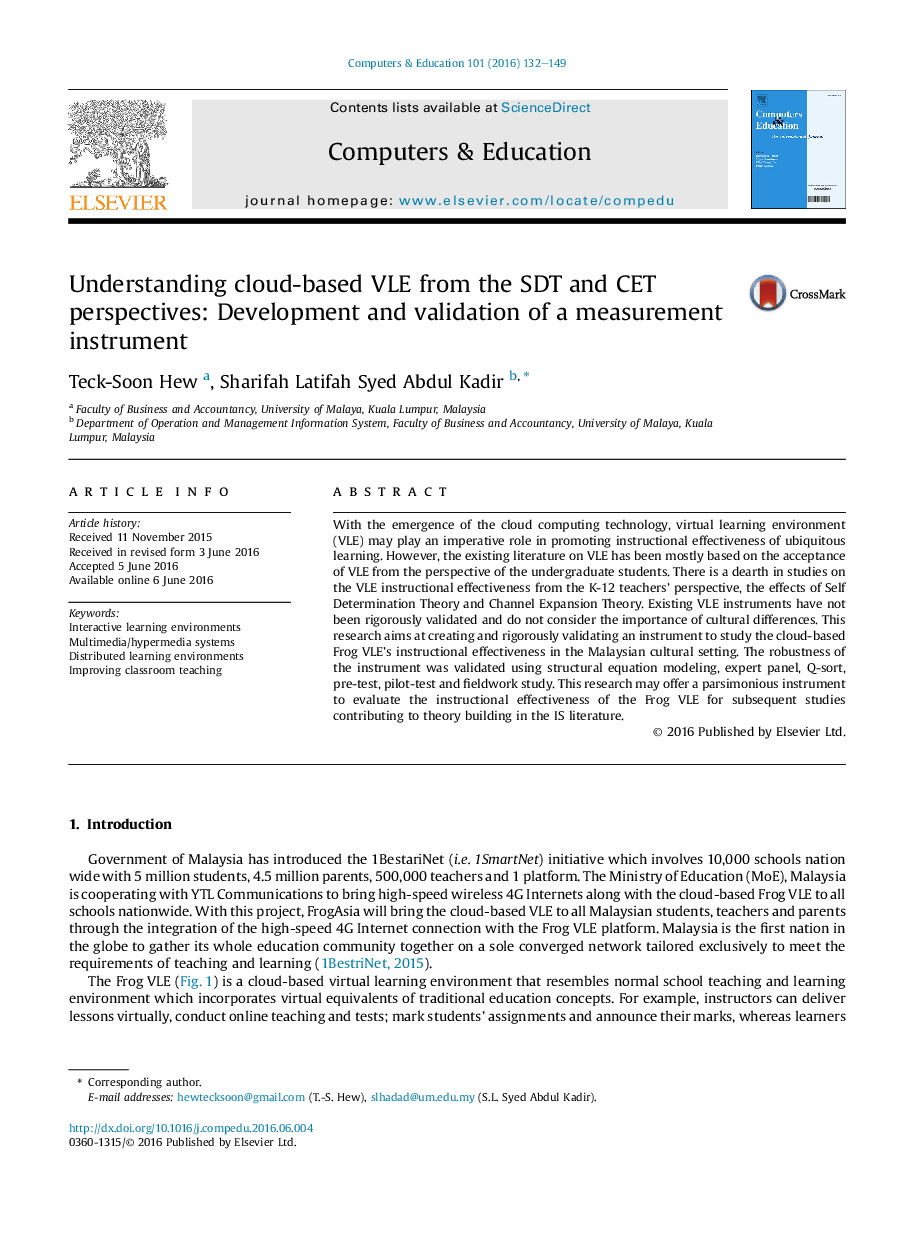 • Most of the current literature has focused on undergraduates’ VLE acceptance.
• We studied the instructional effectiveness of the cloud-based Frog VLE.
• The roles of Self Determination Theory and Channel Expansion Theory were examined.
• 575 respondents were randomly selected across the nation in two waves of survey.
• Rigorous validation via SEM, expert panels, Q-sort, pre & pilot-test & fieldwork.

With the emergence of the cloud computing technology, virtual learning environment (VLE) may play an imperative role in promoting instructional effectiveness of ubiquitous learning. However, the existing literature on VLE has been mostly based on the acceptance of VLE from the perspective of the undergraduate students. There is a dearth in studies on the VLE instructional effectiveness from the K-12 teachers’ perspective, the effects of Self Determination Theory and Channel Expansion Theory. Existing VLE instruments have not been rigorously validated and do not consider the importance of cultural differences. This research aims at creating and rigorously validating an instrument to study the cloud-based Frog VLE’s instructional effectiveness in the Malaysian cultural setting. The robustness of the instrument was validated using structural equation modeling, expert panel, Q-sort, pre-test, pilot-test and fieldwork study. This research may offer a parsimonious instrument to evaluate the instructional effectiveness of the Frog VLE for subsequent studies contributing to theory building in the IS literature.