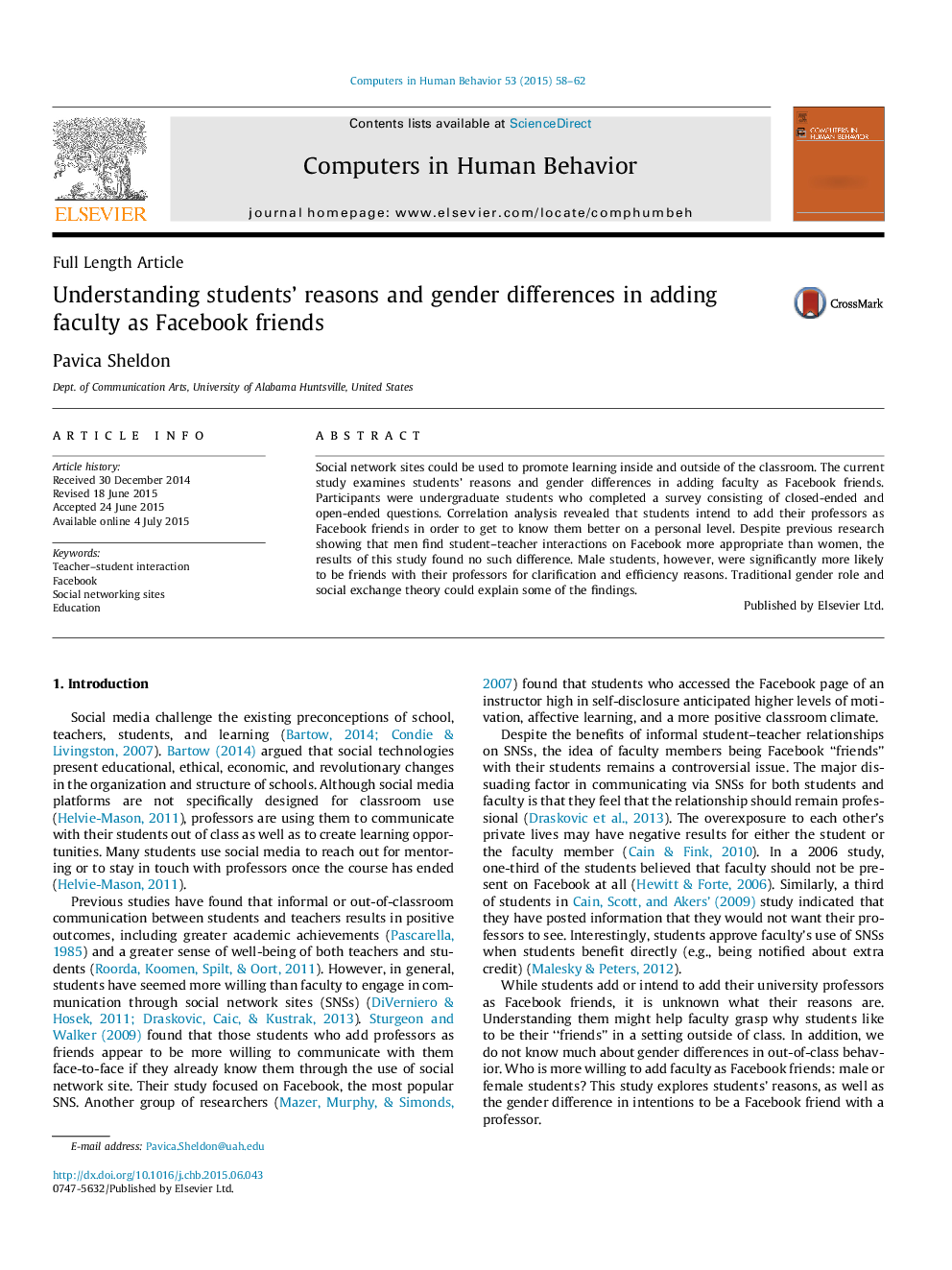 • Personal reasons were the main motivating forces to be a friend of a professor.
• The least important reasons for being a Facebook friend with a professor were procedural reasons.
• Male students are more likely to be friends with their professors for clarification and efficiency reasons.

Social network sites could be used to promote learning inside and outside of the classroom. The current study examines students’ reasons and gender differences in adding faculty as Facebook friends. Participants were undergraduate students who completed a survey consisting of closed-ended and open-ended questions. Correlation analysis revealed that students intend to add their professors as Facebook friends in order to get to know them better on a personal level. Despite previous research showing that men find student–teacher interactions on Facebook more appropriate than women, the results of this study found no such difference. Male students, however, were significantly more likely to be friends with their professors for clarification and efficiency reasons. Traditional gender role and social exchange theory could explain some of the findings.