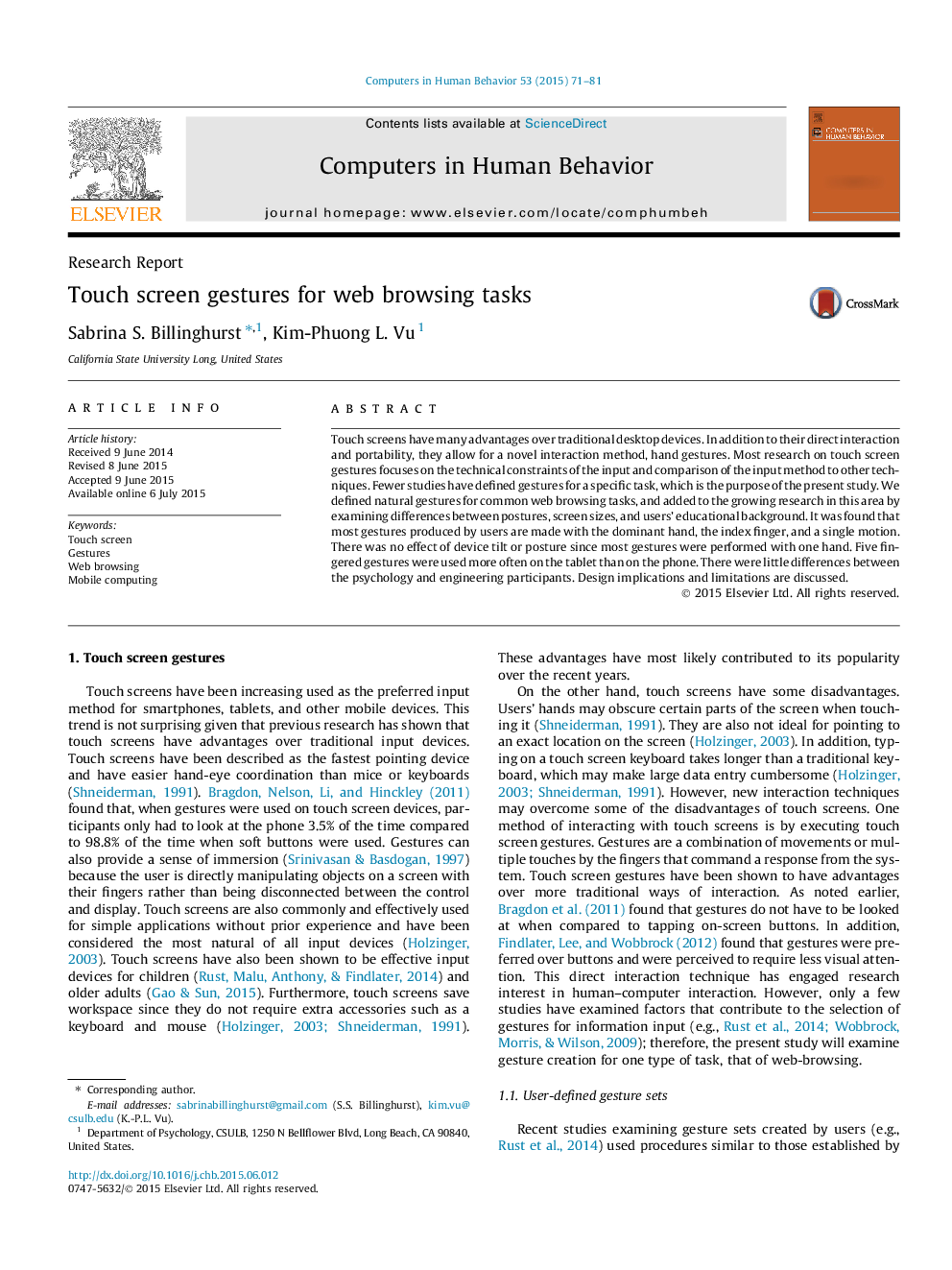 • One-step gestures such as a single swipe are preferred over multi-step gestures.
• The most common binding was object-centric.
• Most gestures used one finger, but five-finger gesture are used for larger devices.
• Gestures should reflect the desired action and be independent of the device size.
• Display animations should be consistent with gesture actions.

Touch screens have many advantages over traditional desktop devices. In addition to their direct interaction and portability, they allow for a novel interaction method, hand gestures. Most research on touch screen gestures focuses on the technical constraints of the input and comparison of the input method to other techniques. Fewer studies have defined gestures for a specific task, which is the purpose of the present study. We defined natural gestures for common web browsing tasks, and added to the growing research in this area by examining differences between postures, screen sizes, and users’ educational background. It was found that most gestures produced by users are made with the dominant hand, the index finger, and a single motion. There was no effect of device tilt or posture since most gestures were performed with one hand. Five fingered gestures were used more often on the tablet than on the phone. There were little differences between the psychology and engineering participants. Design implications and limitations are discussed.