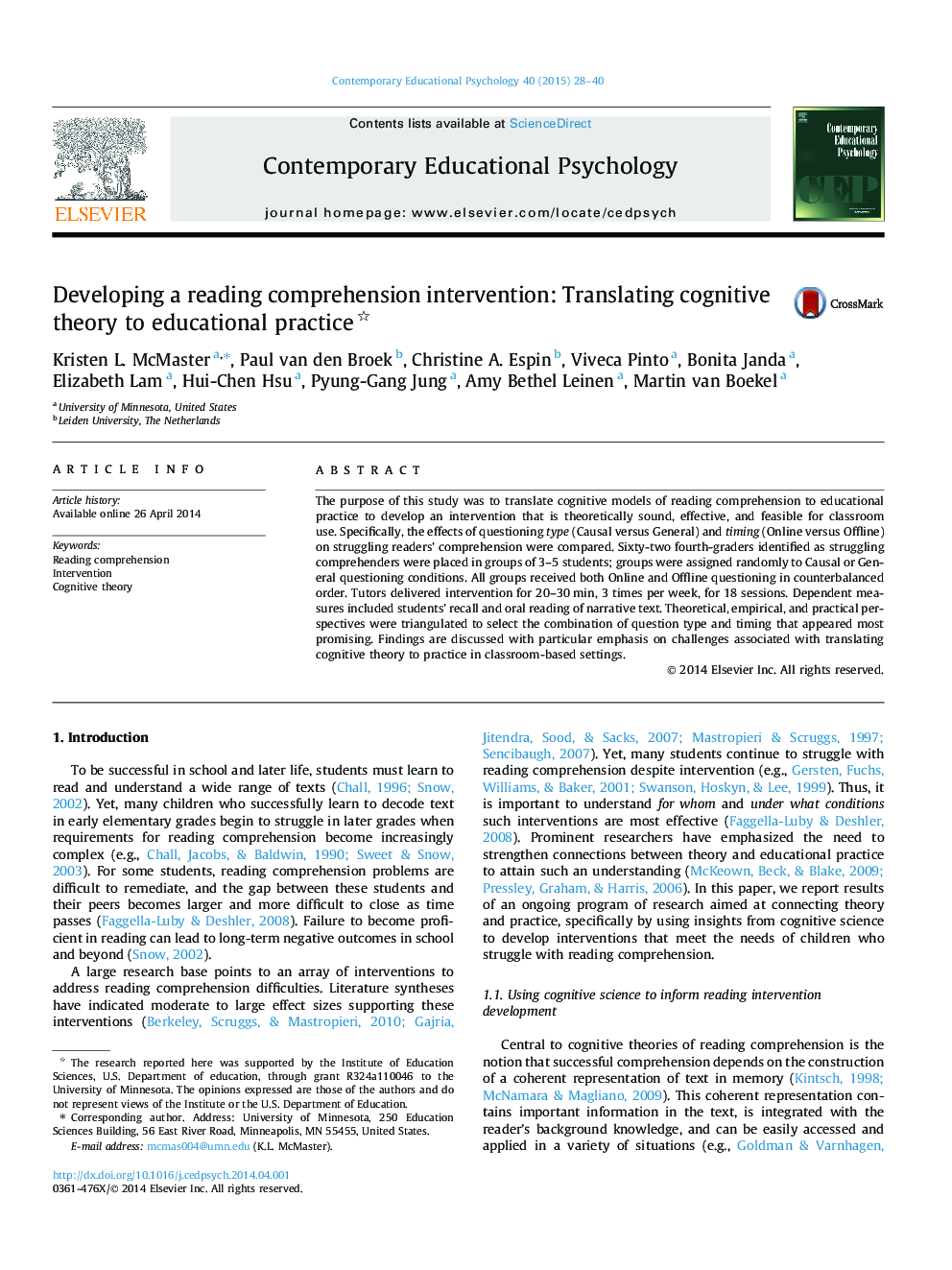 • We translated cognitive models of reading comprehension to intervention for struggling readers.
• We compared different types (Causal, General) and timings (Online, Offline) of questioning.
• We examined the fit and feasibility of intervention in classroom-based settings.
• A Causal questioning approach appeared to be feasible and promising for classroom-based use.
• Prompting appeared to play an important role in helping students generate connections.

The purpose of this study was to translate cognitive models of reading comprehension to educational practice to develop an intervention that is theoretically sound, effective, and feasible for classroom use. Specifically, the effects of questioning type (Causal versus General) and timing (Online versus Offline) on struggling readers’ comprehension were compared. Sixty-two fourth-graders identified as struggling comprehenders were placed in groups of 3–5 students; groups were assigned randomly to Causal or General questioning conditions. All groups received both Online and Offline questioning in counterbalanced order. Tutors delivered intervention for 20–30 min, 3 times per week, for 18 sessions. Dependent measures included students’ recall and oral reading of narrative text. Theoretical, empirical, and practical perspectives were triangulated to select the combination of question type and timing that appeared most promising. Findings are discussed with particular emphasis on challenges associated with translating cognitive theory to practice in classroom-based settings.