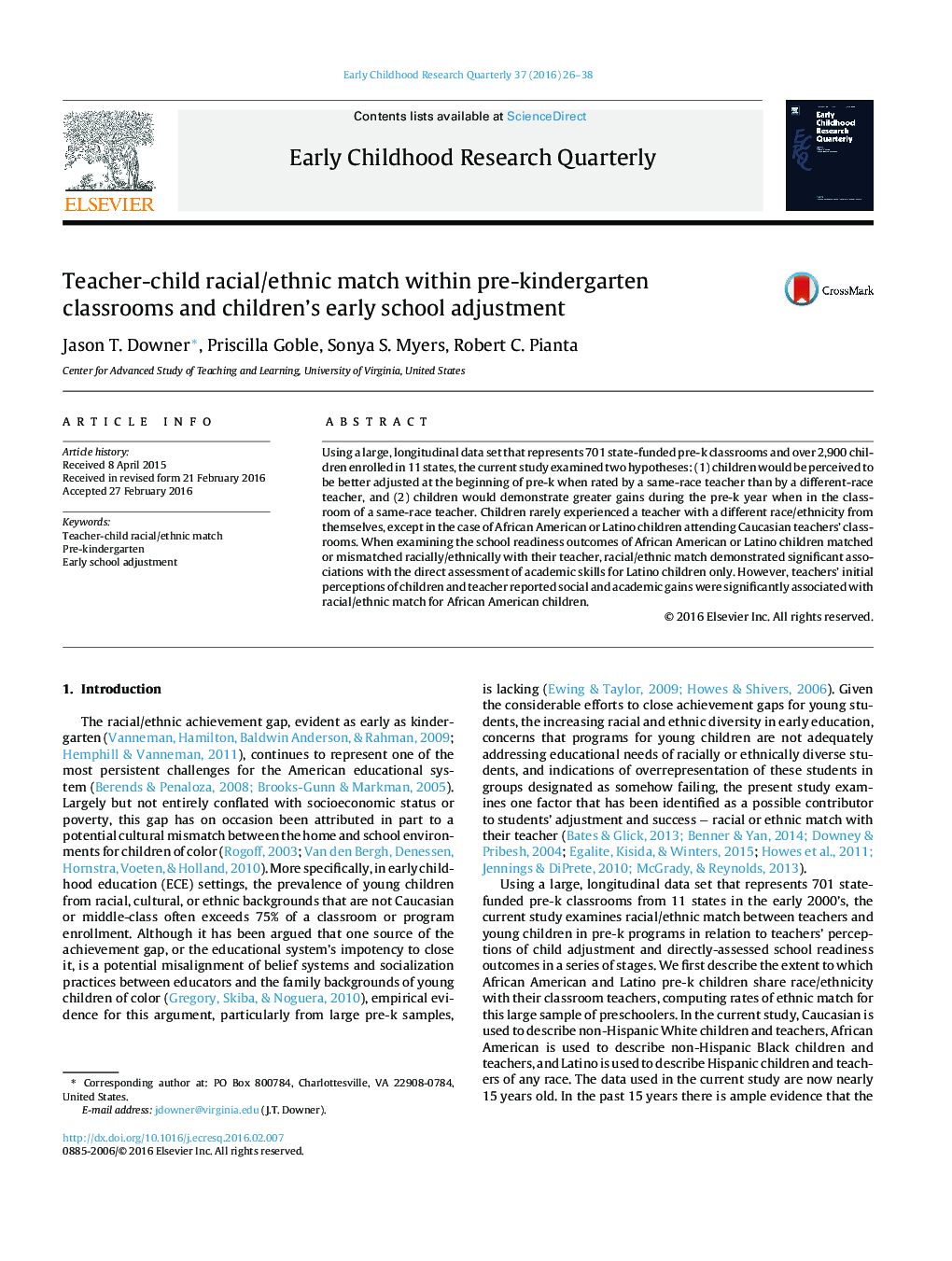 Using a large, longitudinal data set that represents 701 state-funded pre-k classrooms and over 2,900 children enrolled in 11 states, the current study examined two hypotheses: (1) children would be perceived to be better adjusted at the beginning of pre-k when rated by a same-race teacher than by a different-race teacher, and (2) children would demonstrate greater gains during the pre-k year when in the classroom of a same-race teacher. Children rarely experienced a teacher with a different race/ethnicity from themselves, except in the case of African American or Latino children attending Caucasian teachers’ classrooms. When examining the school readiness outcomes of African American or Latino children matched or mismatched racially/ethnically with their teacher, racial/ethnic match demonstrated significant associations with the direct assessment of academic skills for Latino children only. However, teachers’ initial perceptions of children and teacher reported social and academic gains were significantly associated with racial/ethnic match for African American children.