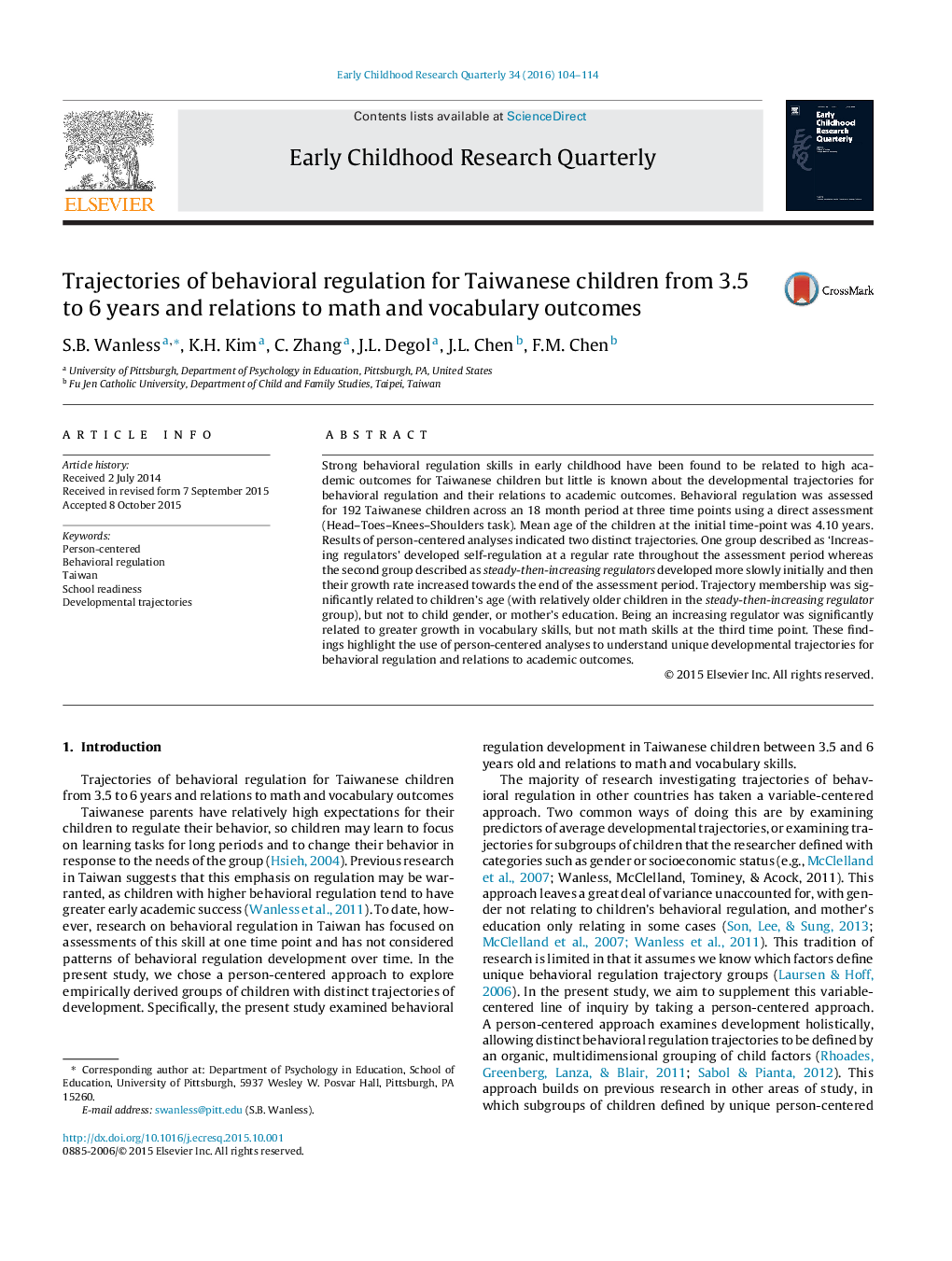 Strong behavioral regulation skills in early childhood have been found to be related to high academic outcomes for Taiwanese children but little is known about the developmental trajectories for behavioral regulation and their relations to academic outcomes. Behavioral regulation was assessed for 192 Taiwanese children across an 18 month period at three time points using a direct assessment (Head–Toes–Knees–Shoulders task). Mean age of the children at the initial time-point was 4.10 years. Results of person-centered analyses indicated two distinct trajectories. One group described as ‘Increasing regulators’ developed self-regulation at a regular rate throughout the assessment period whereas the second group described as steady-then-increasing regulators developed more slowly initially and then their growth rate increased towards the end of the assessment period. Trajectory membership was significantly related to children’s age (with relatively older children in the steady-then-increasing regulator group), but not to child gender, or mother’s education. Being an increasing regulator was significantly related to greater growth in vocabulary skills, but not math skills at the third time point. These findings highlight the use of person-centered analyses to understand unique developmental trajectories for behavioral regulation and relations to academic outcomes.