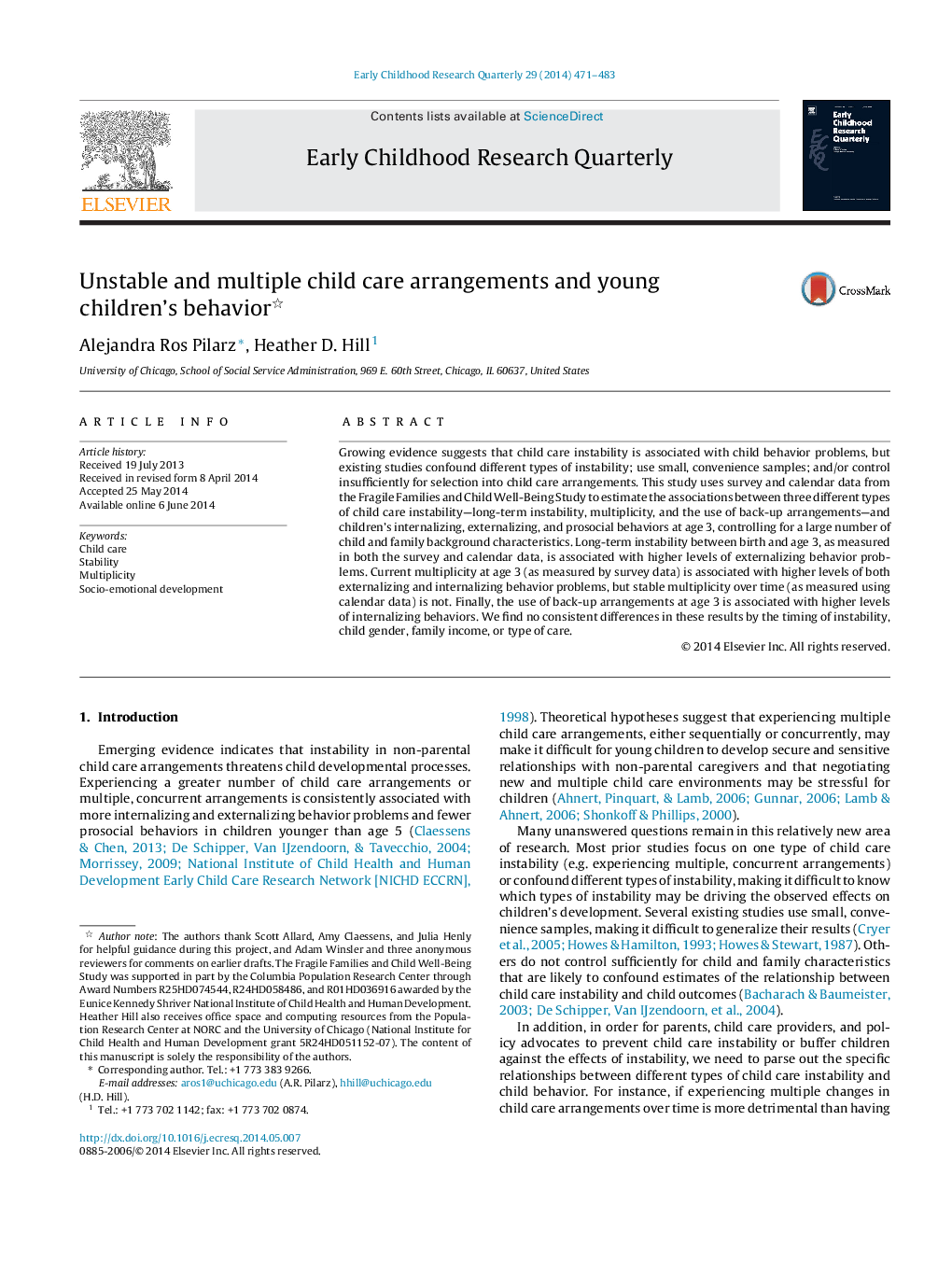 Growing evidence suggests that child care instability is associated with child behavior problems, but existing studies confound different types of instability; use small, convenience samples; and/or control insufficiently for selection into child care arrangements. This study uses survey and calendar data from the Fragile Families and Child Well-Being Study to estimate the associations between three different types of child care instability—long-term instability, multiplicity, and the use of back-up arrangements—and children's internalizing, externalizing, and prosocial behaviors at age 3, controlling for a large number of child and family background characteristics. Long-term instability between birth and age 3, as measured in both the survey and calendar data, is associated with higher levels of externalizing behavior problems. Current multiplicity at age 3 (as measured by survey data) is associated with higher levels of both externalizing and internalizing behavior problems, but stable multiplicity over time (as measured using calendar data) is not. Finally, the use of back-up arrangements at age 3 is associated with higher levels of internalizing behaviors. We find no consistent differences in these results by the timing of instability, child gender, family income, or type of care.