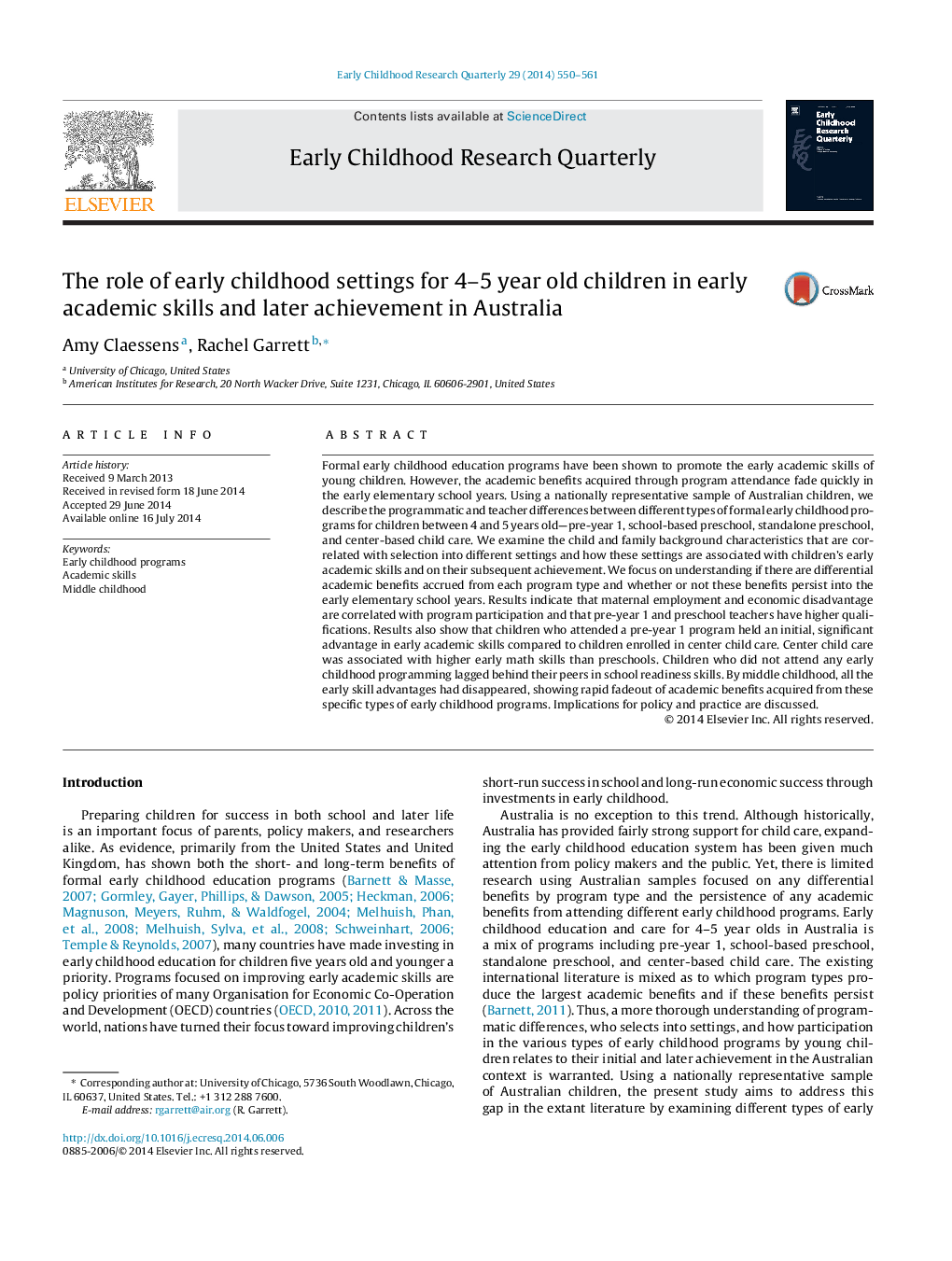 • Most Australian children ages 4–5 attend a care program outside the home.
• We studied the early skills of children ages 4–5 and examined association with program type.
• Children in kindergarten had significantly higher skills than those who attended child care centers, but center care was associated with higher math skills than preschool.
• All early skill advantages disappeared when looking at achievement in middle childhood.

Formal early childhood education programs have been shown to promote the early academic skills of young children. However, the academic benefits acquired through program attendance fade quickly in the early elementary school years. Using a nationally representative sample of Australian children, we describe the programmatic and teacher differences between different types of formal early childhood programs for children between 4 and 5 years old—pre-year 1, school-based preschool, standalone preschool, and center-based child care. We examine the child and family background characteristics that are correlated with selection into different settings and how these settings are associated with children's early academic skills and on their subsequent achievement. We focus on understanding if there are differential academic benefits accrued from each program type and whether or not these benefits persist into the early elementary school years. Results indicate that maternal employment and economic disadvantage are correlated with program participation and that pre-year 1 and preschool teachers have higher qualifications. Results also show that children who attended a pre-year 1 program held an initial, significant advantage in early academic skills compared to children enrolled in center child care. Center child care was associated with higher early math skills than preschools. Children who did not attend any early childhood programming lagged behind their peers in school readiness skills. By middle childhood, all the early skill advantages had disappeared, showing rapid fadeout of academic benefits acquired from these specific types of early childhood programs. Implications for policy and practice are discussed.