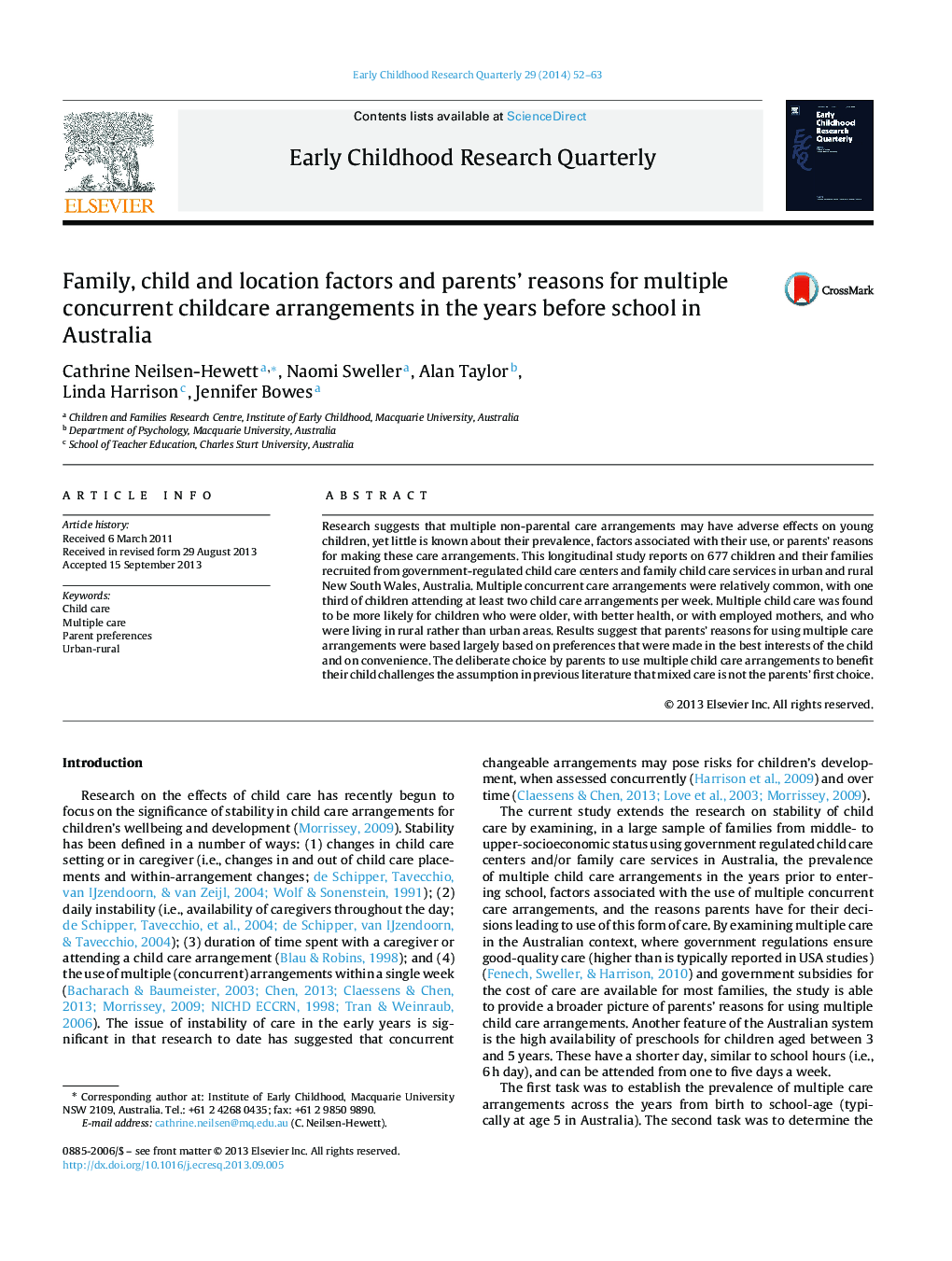 • We identify factors influencing multiple concurrent care use in prior-to-school years.
• Multiple child care was more likely for children who were older, with better health, or with employed mothers, and living in rural rather than urban areas.
• Parent reasons for multiple concurrent care appeared to be based on best interests of the child and parental convenience.