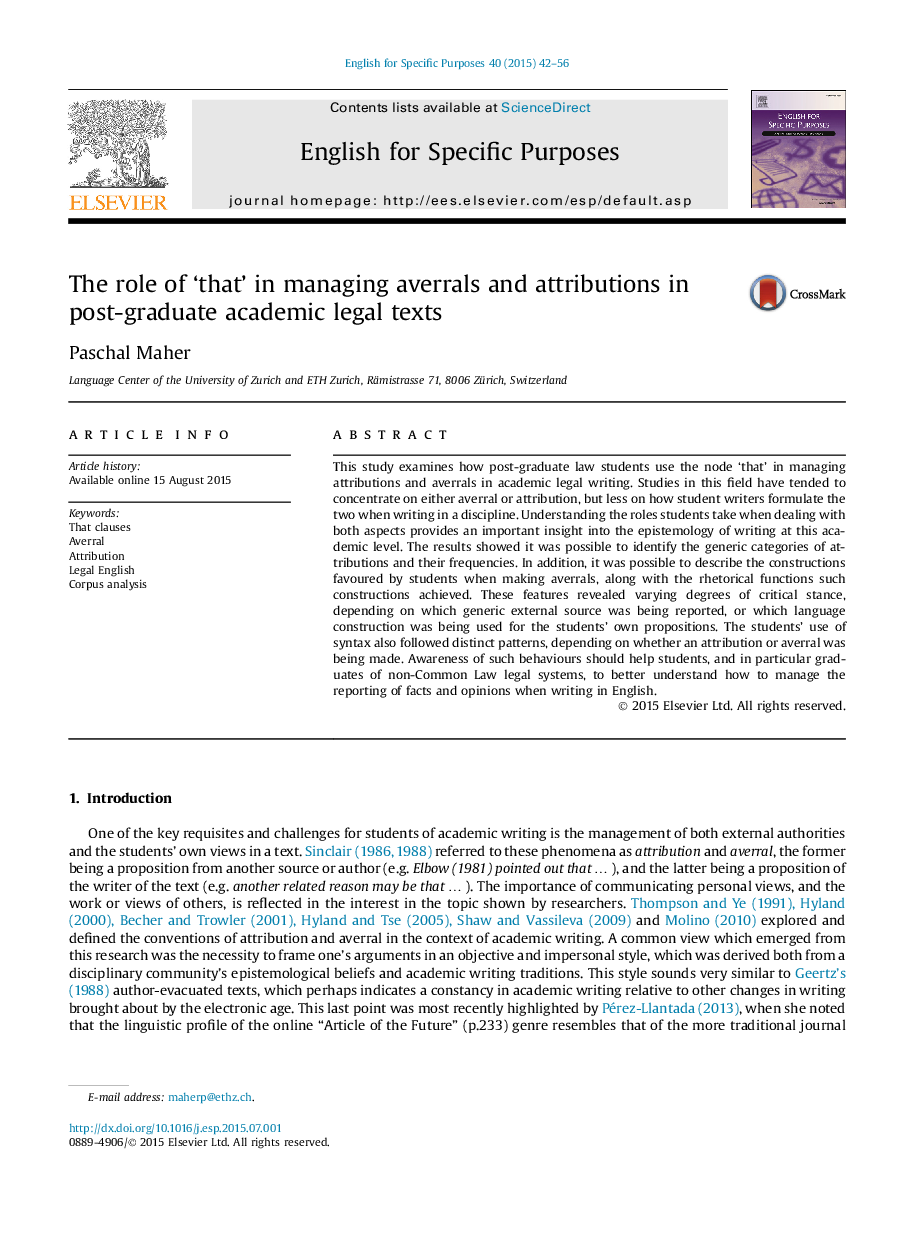 • Almost 90% of the uses of ‘that’ in the corpus were to report opinions or facts.
• Attributions dominated the use of ‘that’.
• It was possible to provide generic classifications for attributions.
• ‘That’ for averrals was generally accompanied by more evaluative language.
• ‘That’ provided a clear picture of how students use averral and attribution.

This study examines how post-graduate law students use the node ‘that’ in managing attributions and averrals in academic legal writing. Studies in this field have tended to concentrate on either averral or attribution, but less on how student writers formulate the two when writing in a discipline. Understanding the roles students take when dealing with both aspects provides an important insight into the epistemology of writing at this academic level. The results showed it was possible to identify the generic categories of attributions and their frequencies. In addition, it was possible to describe the constructions favoured by students when making averrals, along with the rhetorical functions such constructions achieved. These features revealed varying degrees of critical stance, depending on which generic external source was being reported, or which language construction was being used for the students' own propositions. The students' use of syntax also followed distinct patterns, depending on whether an attribution or averral was being made. Awareness of such behaviours should help students, and in particular graduates of non-Common Law legal systems, to better understand how to manage the reporting of facts and opinions when writing in English.