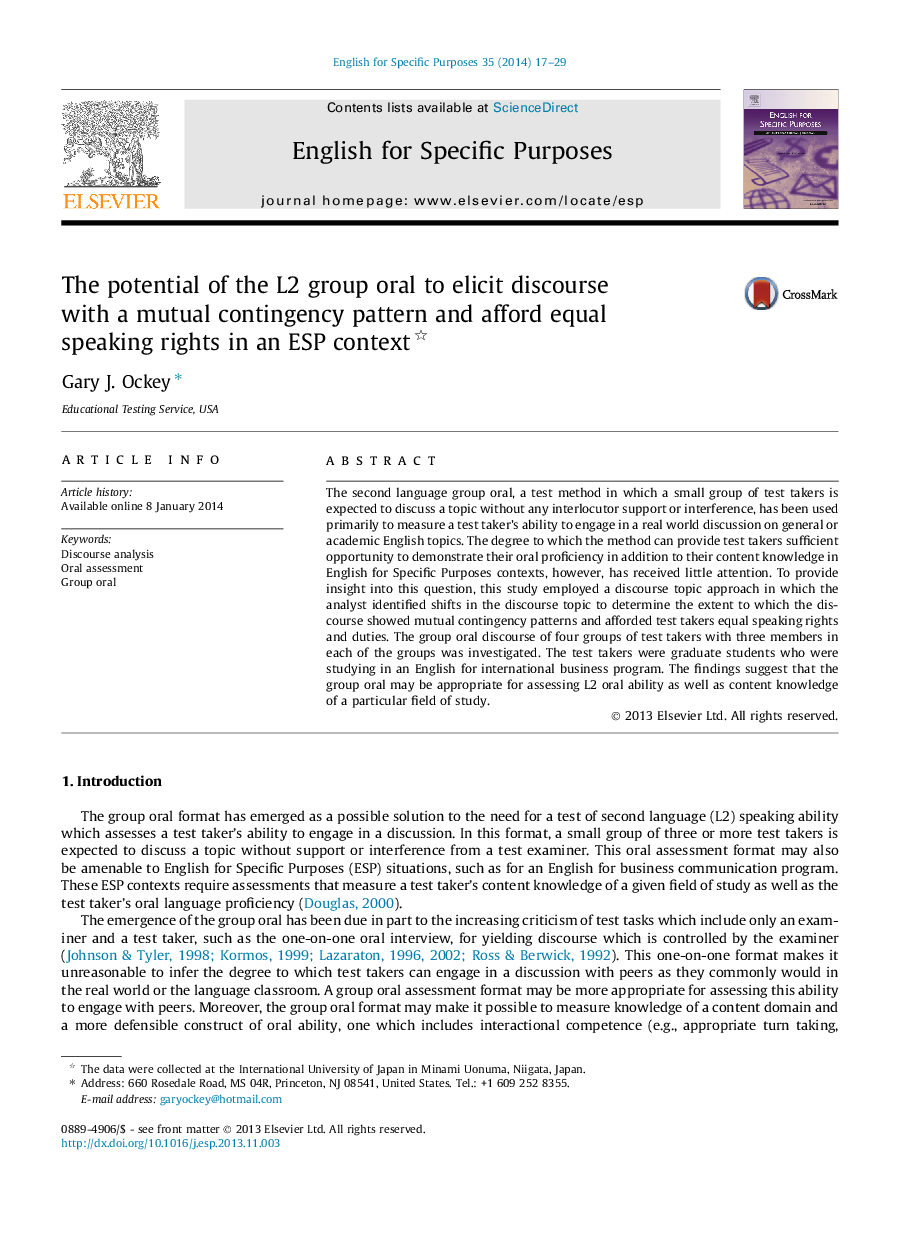 • All groups were able to nominate topics for the assigned discussion prompt.
• Roughly half of each group’s nominated topics became established.
• All group members of each group nominated at least two topics.
• Groups varied in how equal the distribution of topics among test takers was.

The second language group oral, a test method in which a small group of test takers is expected to discuss a topic without any interlocutor support or interference, has been used primarily to measure a test taker’s ability to engage in a real world discussion on general or academic English topics. The degree to which the method can provide test takers sufficient opportunity to demonstrate their oral proficiency in addition to their content knowledge in English for Specific Purposes contexts, however, has received little attention. To provide insight into this question, this study employed a discourse topic approach in which the analyst identified shifts in the discourse topic to determine the extent to which the discourse showed mutual contingency patterns and afforded test takers equal speaking rights and duties. The group oral discourse of four groups of test takers with three members in each of the groups was investigated. The test takers were graduate students who were studying in an English for international business program. The findings suggest that the group oral may be appropriate for assessing L2 oral ability as well as content knowledge of a particular field of study.