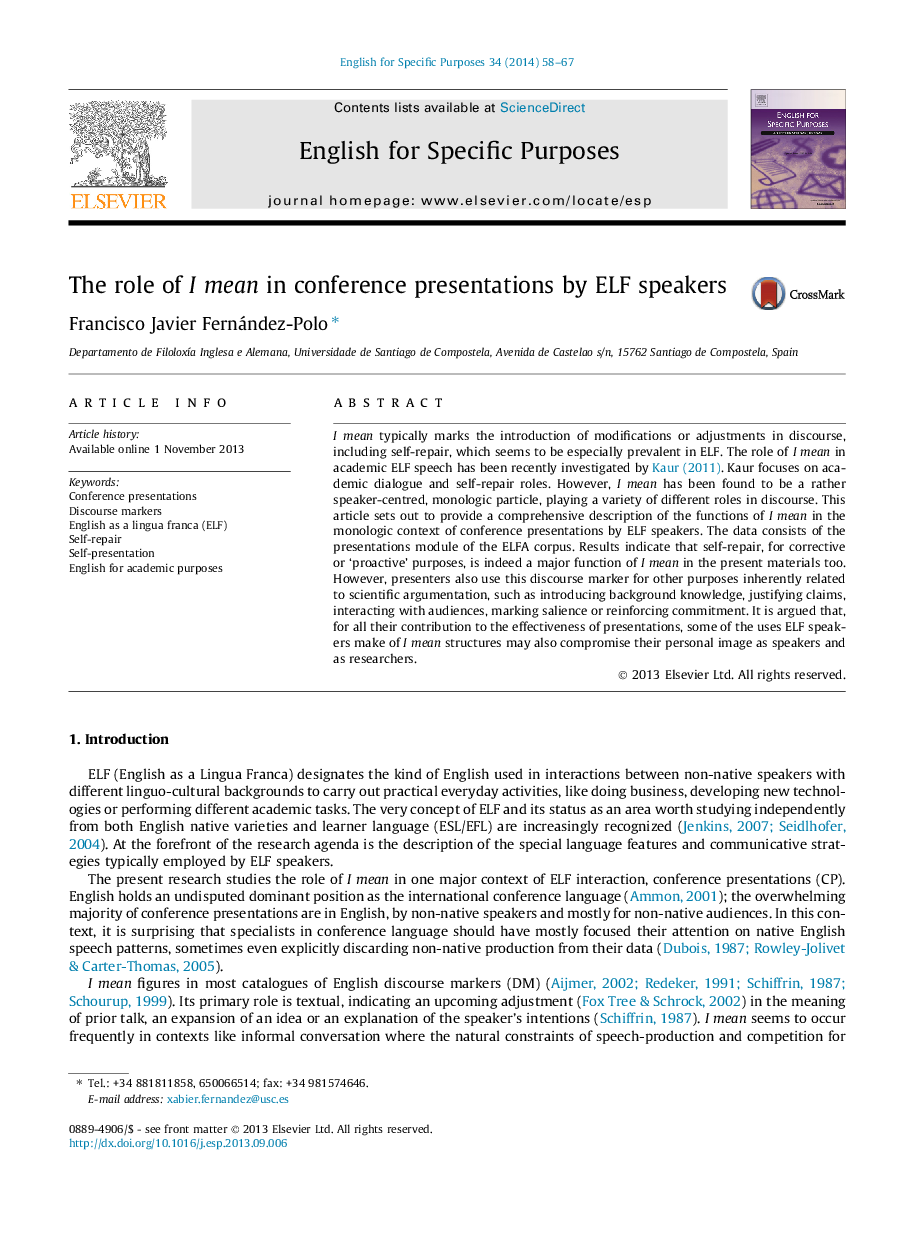 • We explore the role of I mean in 36 conference presentations by ELF speakers.
• The study confirms tendencies in ELF towards self-repair and over-explicitness.
• I mean is used to correct mistakes and reinforce links with audiences.
• Other uses include justifying claims, creating salience and emphasizing commitment.
• The analysis reveals problematic uses of the DM that may compromise credibility.

I mean typically marks the introduction of modifications or adjustments in discourse, including self-repair, which seems to be especially prevalent in ELF. The role of I mean in academic ELF speech has been recently investigated by Kaur (2011). Kaur focuses on academic dialogue and self-repair roles. However, I mean has been found to be a rather speaker-centred, monologic particle, playing a variety of different roles in discourse. This article sets out to provide a comprehensive description of the functions of I mean in the monologic context of conference presentations by ELF speakers. The data consists of the presentations module of the ELFA corpus. Results indicate that self-repair, for corrective or ‘proactive’ purposes, is indeed a major function of I mean in the present materials too. However, presenters also use this discourse marker for other purposes inherently related to scientific argumentation, such as introducing background knowledge, justifying claims, interacting with audiences, marking salience or reinforcing commitment. It is argued that, for all their contribution to the effectiveness of presentations, some of the uses ELF speakers make of I mean structures may also compromise their personal image as speakers and as researchers.