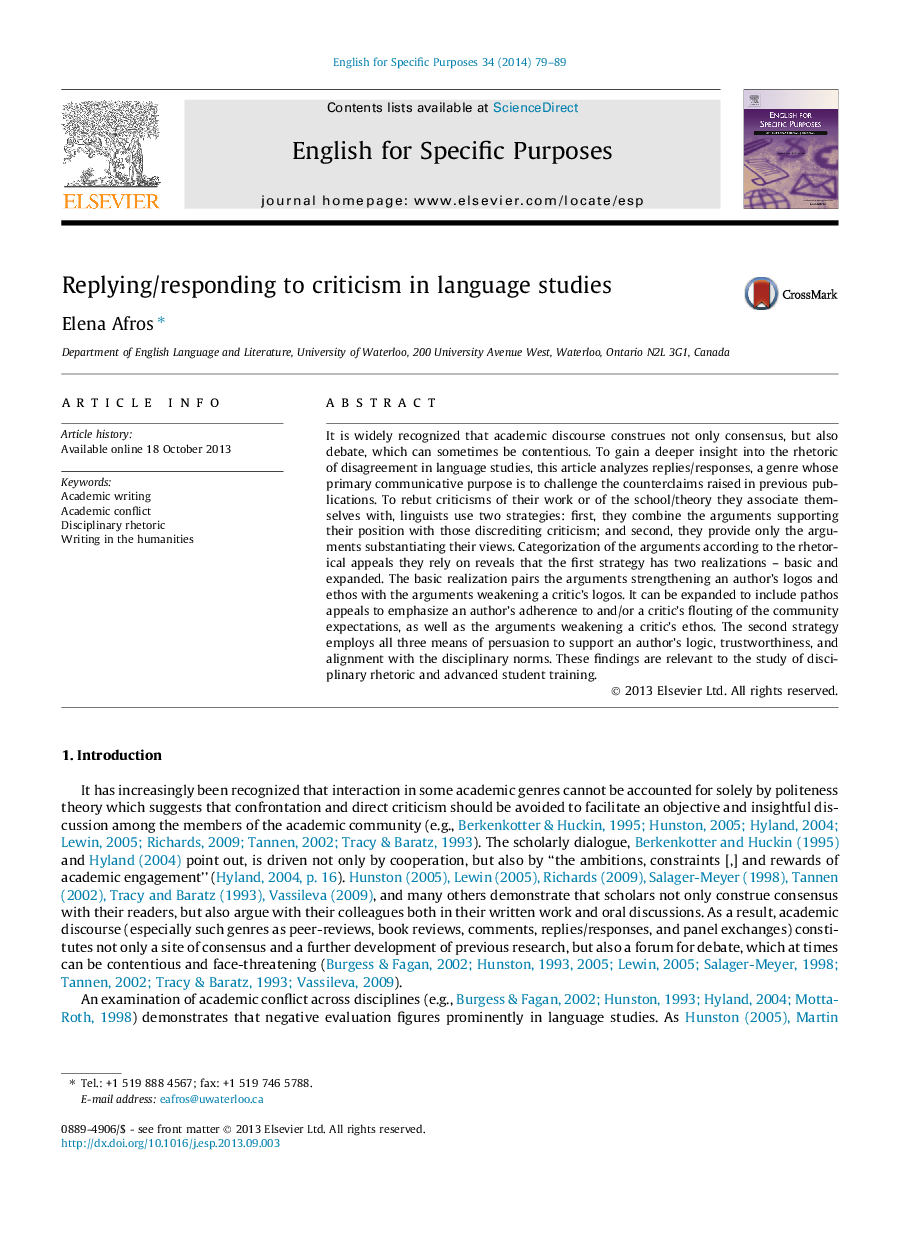 • Contributes to the study of the discourse of disagreement in linguistics.
• Describes rhetorical strategies linguists use to respond to criticism.
• Outlines implications for advanced student training.

It is widely recognized that academic discourse construes not only consensus, but also debate, which can sometimes be contentious. To gain a deeper insight into the rhetoric of disagreement in language studies, this article analyzes replies/responses, a genre whose primary communicative purpose is to challenge the counterclaims raised in previous publications. To rebut criticisms of their work or of the school/theory they associate themselves with, linguists use two strategies: first, they combine the arguments supporting their position with those discrediting criticism; and second, they provide only the arguments substantiating their views. Categorization of the arguments according to the rhetorical appeals they rely on reveals that the first strategy has two realizations – basic and expanded. The basic realization pairs the arguments strengthening an author’s logos and ethos with the arguments weakening a critic’s logos. It can be expanded to include pathos appeals to emphasize an author’s adherence to and/or a critic’s flouting of the community expectations, as well as the arguments weakening a critic’s ethos. The second strategy employs all three means of persuasion to support an author’s logic, trustworthiness, and alignment with the disciplinary norms. These findings are relevant to the study of disciplinary rhetoric and advanced student training.