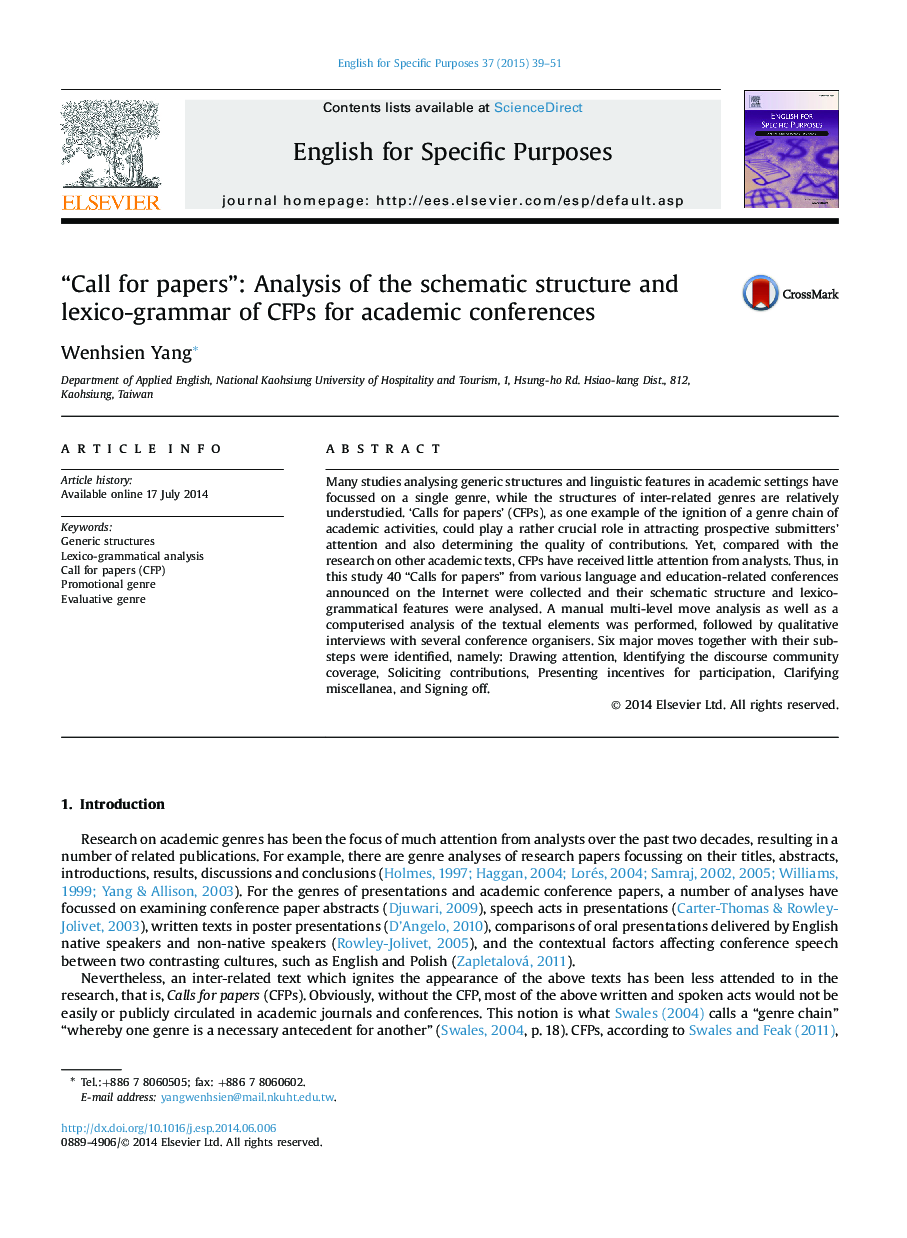 • I analyse the schematic structure and lexcio-grammar features in academic CFP.
• A conventional CFP contains six major moves together with their subsequent steps.
• Linguistic employments create social relationships and assign certain roles in CFP.
• Expert scholars have divided opinions about the components of CFP.
• Genre is evolving and reconstructed with the advance of technology.

Many studies analysing generic structures and linguistic features in academic settings have focussed on a single genre, while the structures of inter-related genres are relatively understudied. ‘Calls for papers’ (CFPs), as one example of the ignition of a genre chain of academic activities, could play a rather crucial role in attracting prospective submitters' attention and also determining the quality of contributions. Yet, compared with the research on other academic texts, CFPs have received little attention from analysts. Thus, in this study 40 “Calls for papers” from various language and education-related conferences announced on the Internet were collected and their schematic structure and lexico-grammatical features were analysed. A manual multi-level move analysis as well as a computerised analysis of the textual elements was performed, followed by qualitative interviews with several conference organisers. Six major moves together with their sub-steps were identified, namely: Drawing attention, Identifying the discourse community coverage, Soliciting contributions, Presenting incentives for participation, Clarifying miscellanea, and Signing off.