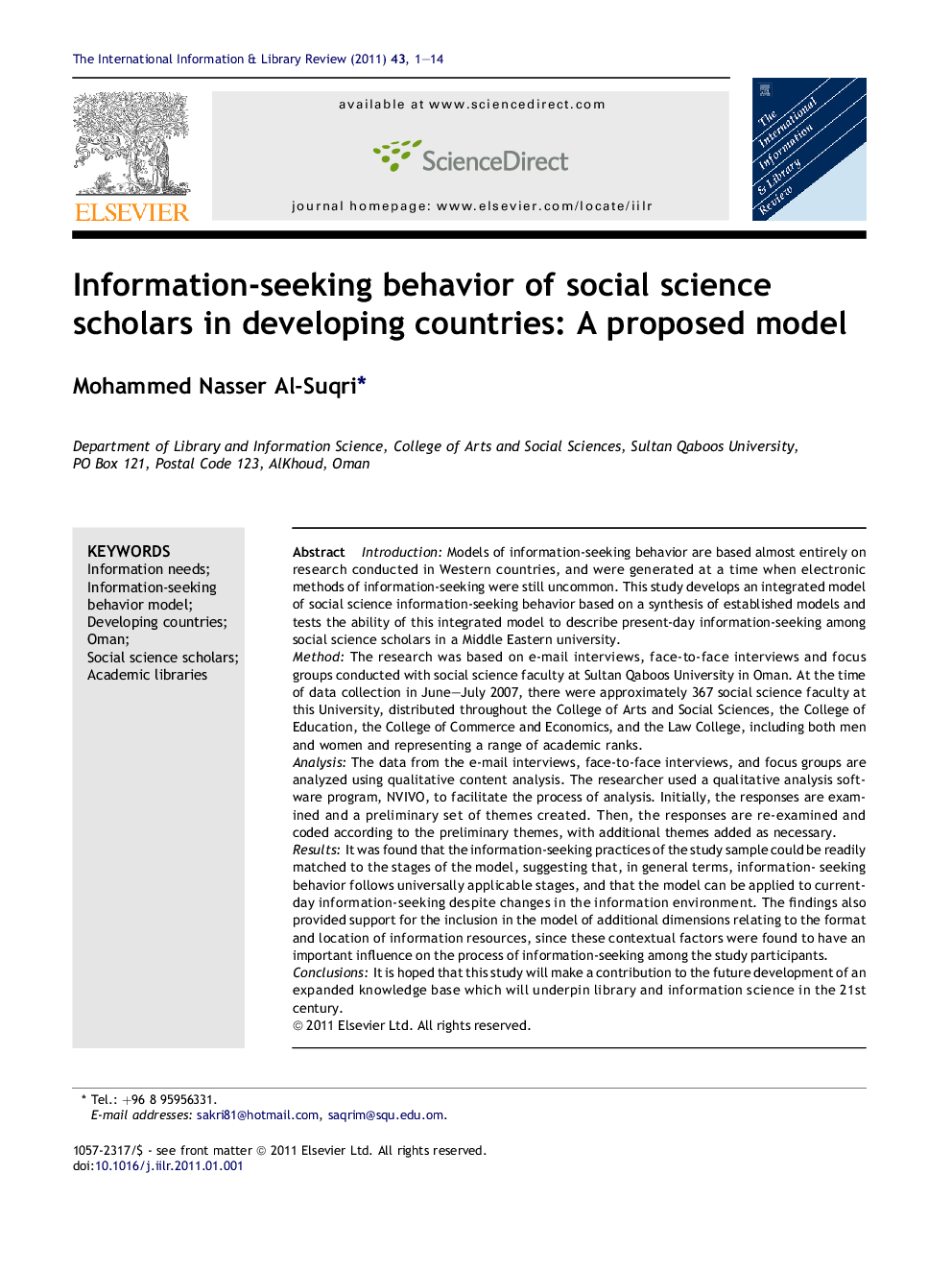 IntroductionModels of information-seeking behavior are based almost entirely on research conducted in Western countries, and were generated at a time when electronic methods of information-seeking were still uncommon. This study develops an integrated model of social science information-seeking behavior based on a synthesis of established models and tests the ability of this integrated model to describe present-day information-seeking among social science scholars in a Middle Eastern university.MethodThe research was based on e-mail interviews, face-to-face interviews and focus groups conducted with social science faculty at Sultan Qaboos University in Oman. At the time of data collection in June–July 2007, there were approximately 367 social science faculty at this University, distributed throughout the College of Arts and Social Sciences, the College of Education, the College of Commerce and Economics, and the Law College, including both men and women and representing a range of academic ranks.AnalysisThe data from the e-mail interviews, face-to-face interviews, and focus groups are analyzed using qualitative content analysis. The researcher used a qualitative analysis software program, NVIVO, to facilitate the process of analysis. Initially, the responses are examined and a preliminary set of themes created. Then, the responses are re-examined and coded according to the preliminary themes, with additional themes added as necessary.ResultsIt was found that the information-seeking practices of the study sample could be readily matched to the stages of the model, suggesting that, in general terms, information- seeking behavior follows universally applicable stages, and that the model can be applied to current-day information-seeking despite changes in the information environment. The findings also provided support for the inclusion in the model of additional dimensions relating to the format and location of information resources, since these contextual factors were found to have an important influence on the process of information-seeking among the study participants.ConclusionsIt is hoped that this study will make a contribution to the future development of an expanded knowledge base which will underpin library and information science in the 21st century.