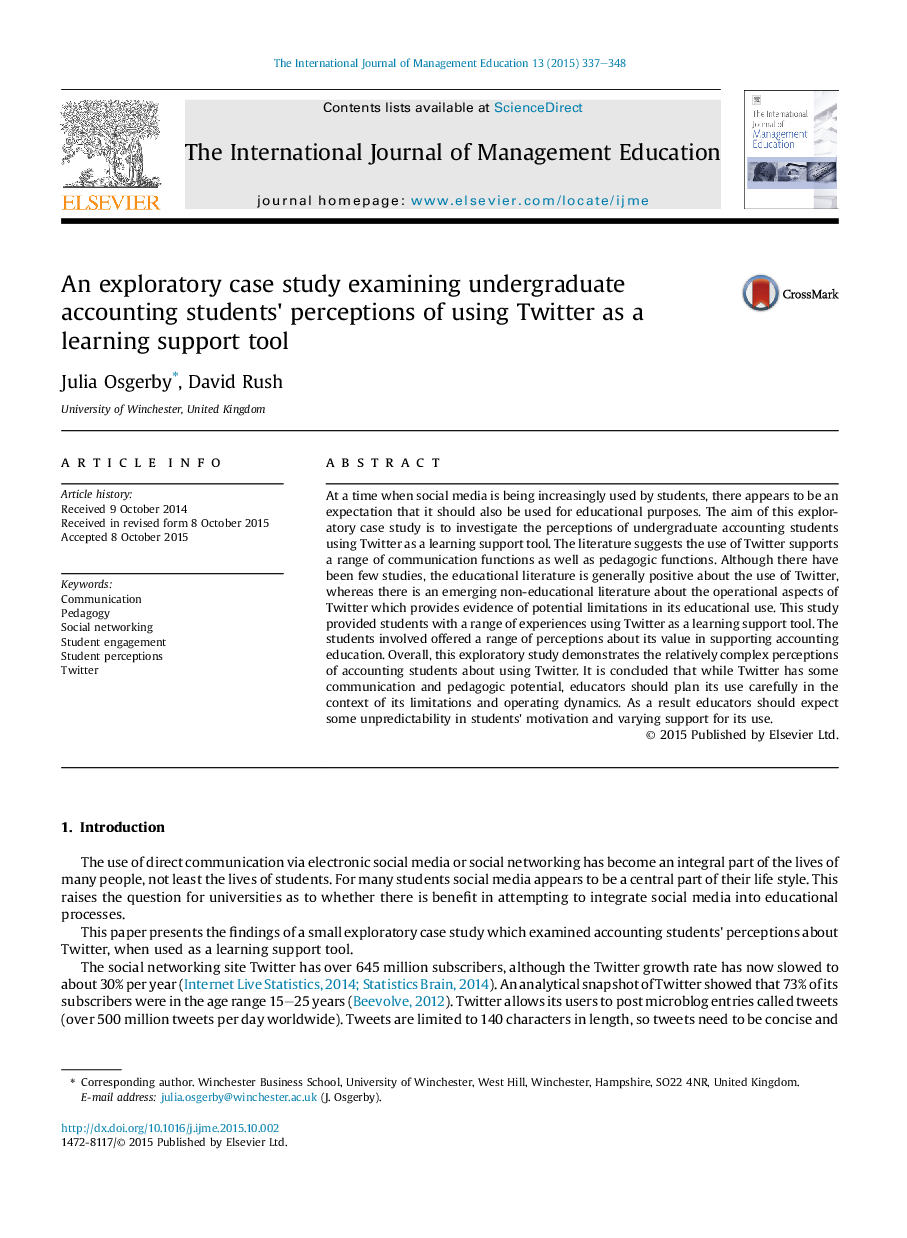 • The students were content and relatively confident about trialling Twitter in various learning situationsbut reported mixed perceptions about its value in education.
• Students expressed a preference for face to face discussions, rather than writing microblogs. Issues about privacy and confidentiality were raised. Unexpectedly, there was a consensus that more Twitter competency training and experience should be provided.
• Students perceive Twitter as a potentially useful tool for fast communication and believe they need to learn how to use it for their future employment.
• Concerns were expressed that use of Twitter appeared to complicate academic work when students perceived easier ways of working.

At a time when social media is being increasingly used by students, there appears to be an expectation that it should also be used for educational purposes. The aim of this exploratory case study is to investigate the perceptions of undergraduate accounting students using Twitter as a learning support tool. The literature suggests the use of Twitter supports a range of communication functions as well as pedagogic functions. Although there have been few studies, the educational literature is generally positive about the use of Twitter, whereas there is an emerging non-educational literature about the operational aspects of Twitter which provides evidence of potential limitations in its educational use. This study provided students with a range of experiences using Twitter as a learning support tool. The students involved offered a range of perceptions about its value in supporting accounting education. Overall, this exploratory study demonstrates the relatively complex perceptions of accounting students about using Twitter. It is concluded that while Twitter has some communication and pedagogic potential, educators should plan its use carefully in the context of its limitations and operating dynamics. As a result educators should expect some unpredictability in students' motivation and varying support for its use.