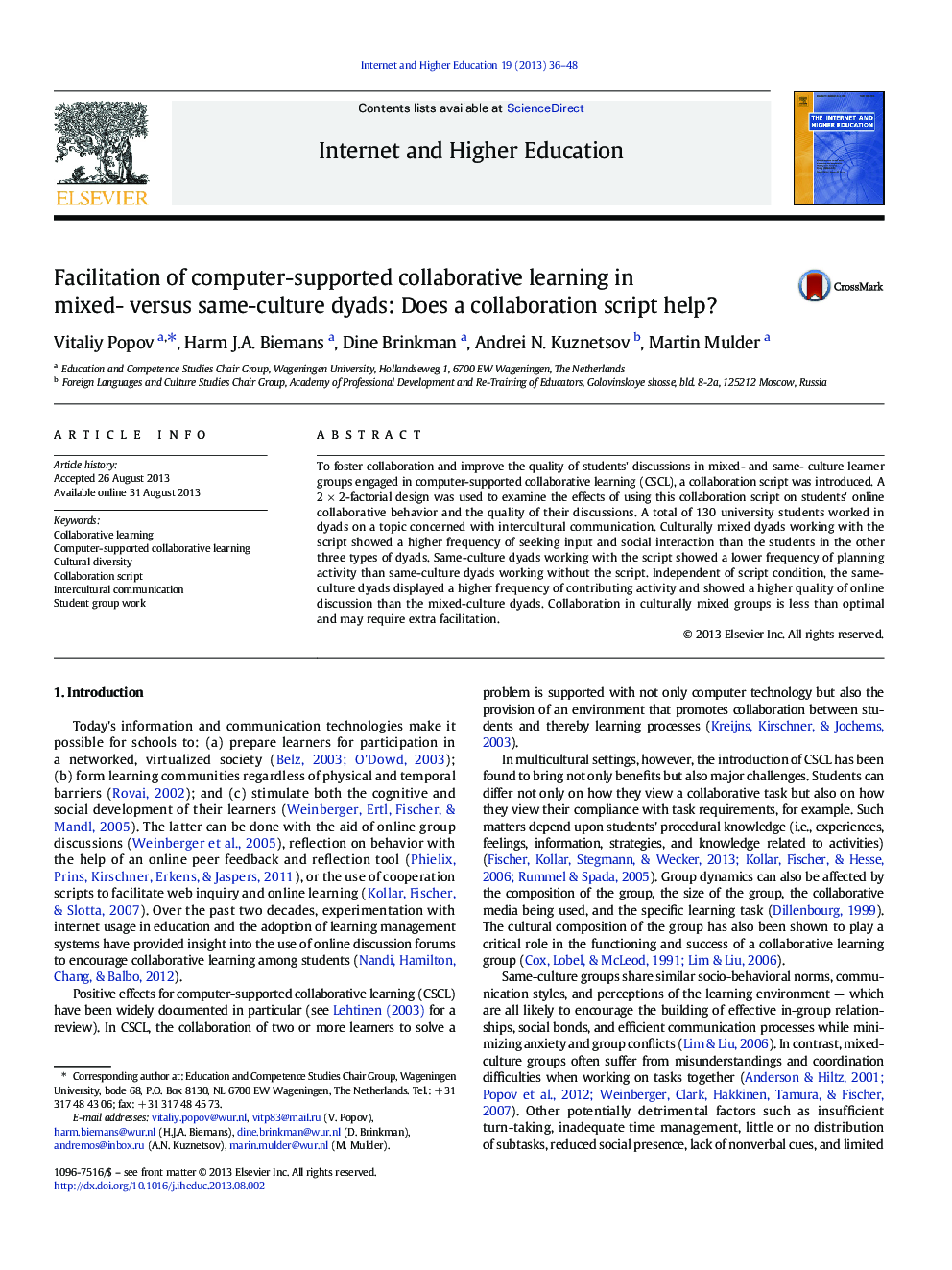 To foster collaboration and improve the quality of students' discussions in mixed- and same- culture learner groups engaged in computer-supported collaborative learning (CSCL), a collaboration script was introduced. A 2 × 2-factorial design was used to examine the effects of using this collaboration script on students' online collaborative behavior and the quality of their discussions. A total of 130 university students worked in dyads on a topic concerned with intercultural communication. Culturally mixed dyads working with the script showed a higher frequency of seeking input and social interaction than the students in the other three types of dyads. Same-culture dyads working with the script showed a lower frequency of planning activity than same-culture dyads working without the script. Independent of script condition, the same-culture dyads displayed a higher frequency of contributing activity and showed a higher quality of online discussion than the mixed-culture dyads. Collaboration in culturally mixed groups is less than optimal and may require extra facilitation.