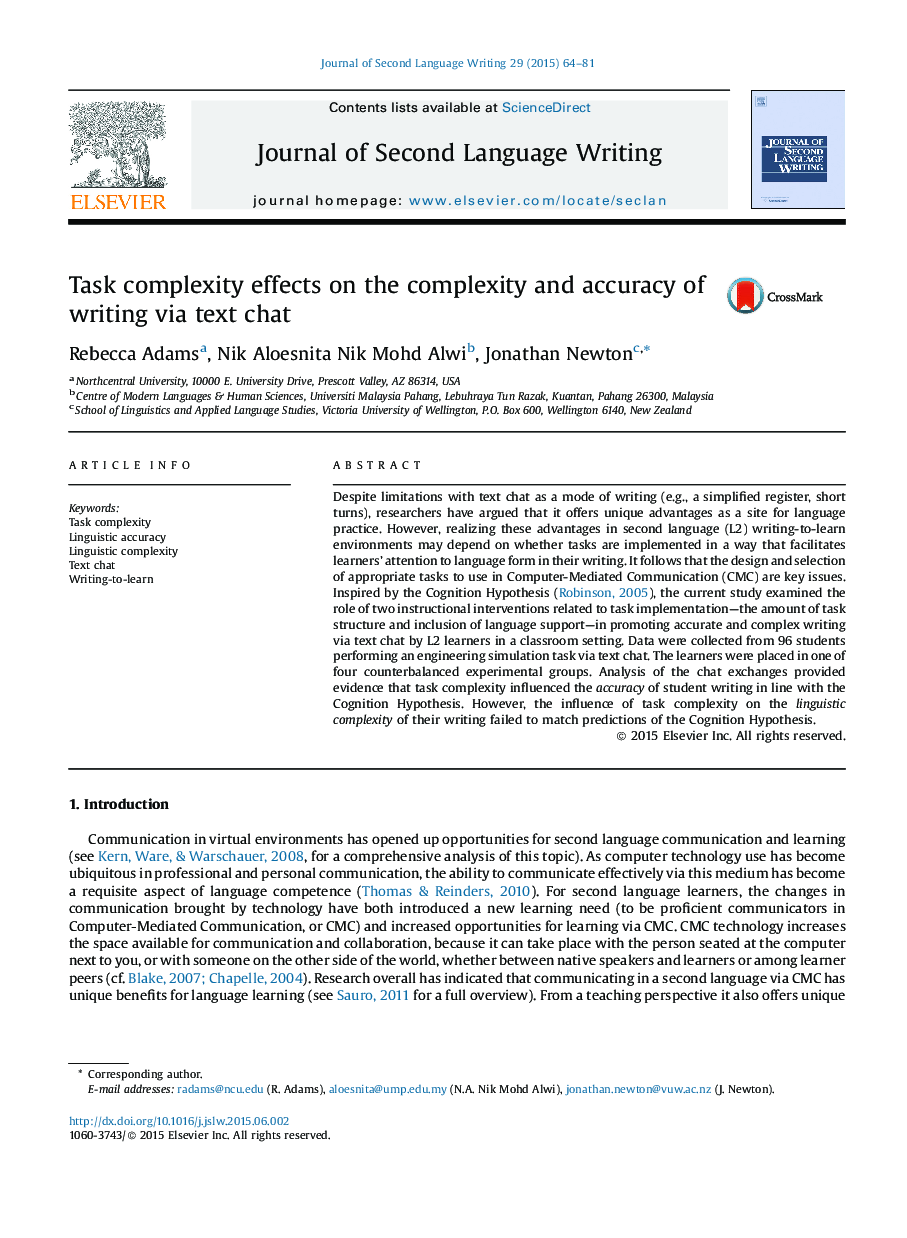 Despite limitations with text chat as a mode of writing (e.g., a simplified register, short turns), researchers have argued that it offers unique advantages as a site for language practice. However, realizing these advantages in second language (L2) writing-to-learn environments may depend on whether tasks are implemented in a way that facilitates learners’ attention to language form in their writing. It follows that the design and selection of appropriate tasks to use in Computer-Mediated Communication (CMC) are key issues. Inspired by the Cognition Hypothesis (Robinson, 2005), the current study examined the role of two instructional interventions related to task implementation—the amount of task structure and inclusion of language support—in promoting accurate and complex writing via text chat by L2 learners in a classroom setting. Data were collected from 96 students performing an engineering simulation task via text chat. The learners were placed in one of four counterbalanced experimental groups. Analysis of the chat exchanges provided evidence that task complexity influenced the accuracy of student writing in line with the Cognition Hypothesis. However, the influence of task complexity on the linguistic complexity of their writing failed to match predictions of the Cognition Hypothesis.